In the last thirty-five years, there has been a good deal of study of the relationship between language and multiculturalism, and between multiculturalism and contemporary literature. In ‘Language, Multiculturalism, and Identity: A Canadian Study’, a survey conducted by John Edwards and Joan Chisholm, the authors raise the probability of a weak link between language and group identity.[1] In ‘Disciplined to Diversity: Learning the Language of Multiculturalism’, Andrea Voyer stresses the connection between multicultural vocabulary and the construction of the socially acceptable, modern identities.[2] Pilar Villar-Argaiz explores the artistic visions of the multicultural Ireland in contemporary Irish literature.[3] Moreover, Adriano Elia conducts socio-historical analysis of multiculturalism through the lenses of cultural relativism and political correctness, based on two contemporary British novels, Londonstani by Gautam Malkani and The Islamist by Ed Husain.[4]

However, none of these studies blends together three important elements – language, multiculturalism, and contemporary literature. In this respect, the session ‘Language and Multiculturalism in Contemporary Literature’, which forms part of the annual conference of British Association for American Studies and was held on 21st April, 2022, at the University of Hull, is a fresh experience both to the panel members of the session and to the members of academia interested in this session. The panel featured four presenters – Viola Nassi (an MLitt graduate at the University of Glasgow), Prof. Laura Wright (an Assistant Professor at the University of Montana-Western), Joydeep Chakraborty (a PhD candidate at Bankura University, India, and the author of this panel review), and Prof. Elisa Bordin – and the chairperson, Somak Mukherjee (a PhD candidate at the University of California, Santa Barbara).

In her presentation entitled ‘“There is No One Chicano Language Just as There is No One Chicano Experience”: The Breaking of Language Binaries through Contemporary Chicana Literature’, Viola Nassi bases her argument on two novels – Borderlands La Frontera: The New Mestiza (Borderlands) by Gloria Anzaldua and Woman Hollering Creek (WHC) by Sandra Cisnero. Her argument is that ‘code-switching’ (i.e., the simultaneous use of two different languages or grammatical systems in the literary representation of a verbal interaction) as reflected in these two novels in particular and in contemporary Chicana literature in general does not constitute rigid binaries. Instead, Nassi argues that the relationship between two languages – English and Spanish – during ‘code-switching’ in this literature is quite flexible and inseparably connected to the multicultural identity of the speakers engaged in ‘code-switching’. According to Nassi, Anzaldua thinks that Chicana literary artists must not assimilate into the dominant, English-speaking, North American culture in linguistic way, but that it is this culture which must recognise and accommodate a space for multicultural, Chicana identity. Nassi also indicates the fluidity of such identity. 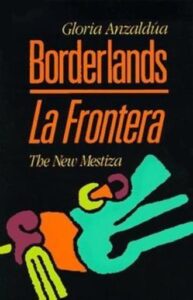 Prof. Laura Wright with her presentation ‘Breaking Isolation: Prizes and the Work of Luis J. Rodriguez’ focuses on the shaping influence of three awards – High School Recognition, PEN Oakland/Josephine Miles Award, and Poet Laureate of Los Angeles – on the literary career of Luis J. Rodriguez, a distinguished figure in contemporary Chicana literature.  The crux of her argument is that, in addition to helping Rodriguez advance his literary career personally by making him conscious of his creative potential, these prizes were a means of elevating the Chicano community from its previously marginalised status in academia. Prof. Wright thus introduces a new element into the discussion initiated by Nassi – the significance of prizes in the recognition and accommodation of the marginalised Chicano cultural space in the mainstream North American society. In other words, winning awards is necessary for Chicano writers in the process of recognition and accommodation of Chicana multicultural and bilingual identity.

In ‘Hospitality in Post-9/11 American Poetry: From Multiculturalism to Post-multiculturalism’, I lend a nuanced dimension to the focal point of this session, that is, the relationship among language, multiculturalism and contemporary literature. I discuss the current social and discursive shift from multiculturalism to post-multiculturalism in the Western societies, including the American society, within the framework of hospitality, and apply this framework to the interpretation of two post-9/11 poems – ‘Prayer’ by Norbert Krapf, and ‘On Crossing Brooklyn Ferry, September 11, 2001’ by Carl Stilwell. Both these poems combine the values of multiculturalism and those of national integrity in reference to Walt Whitman, the great nineteenth century American poet whose works reflect the same values. Moreover, as I indicate, these poets stress the significance of Whitmanian ‘language,’ i.e., the way Whitman teaches the values of democratic multiculturalism and national integrity in his works, in making Americans broad-minded, warm and generous in feeling, practical in dealing with socio-political problems, more tolerant, and committed to the foregoing values. Besides indicating a different concept of language and its relationship to multiculturalism, I raise the issue of the evil of violence, whether racially or religiously motivated, in both the host culture and the immigrant or minority cultures. I also examine the compatibility between Whitmanian multiculturalism and certain values of liberal democracy. 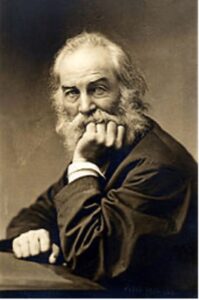 In her presentation ‘Los Angeles and/as Global South: A Reading of The Virgin of Flames by Chris Abani’, Prof. Elisa Bordin discusses the city of Los Angeles as represented in Chris Abani’s novel, The Virgin of Flames. She argues that in this novel Los Angeles is represented by Abani from a complex perspective which focuses on both its positive and negative aspects. On the one hand, the city serves as, to quote his own words, ‘a metaphor for human sufferings’ which are caused by capitalism, colonialism, racism, sexism, homophobia and Islamophobia; and on the other, as Bordin points out, Abani considers this city as a true instance of ‘melting pot’, a space where cultural and natural elements from around the world enter and lose their distinctive identities, becoming part of the essential vibrancy of this city. Bordin thus partially reinforces the point introduced by me as to the issue of the evil in both the host and the immigrant or minority cultures. During the ‘Question & Answer Session’, the presenters along with the chairperson address the topic of belonging as implied by the presentations. It can be deduced from their responses that the sense of belonging with regard to the literary works discussed is complicated as the sense entails a degree of crisis: none of the speakers of these works can fully identify with the cultural and geographical spaces he or she lives in.

Joydeep Chakraborty is currently a PhD candidate in the Department of English and Cultural Studies at Bankura University, India. His area of research is post-9/11 American poetry. His notable articles include ‘“Violence Has Changed Me”: Private Trauma and Identity Crisis in Post-9/11 American Poetry’ (Appropriations, xii [2017]), and ‘Contemporary Postmodernism: Postmodern Features in Post-9/11 Poetry’ (IJMAS, vol. 05, no. 02, 2019).
View all posts by Joydeep Chakraborty →
Tagged  BAAS 2022, Event review, Panel Review, Review.
Bookmark the permalink.