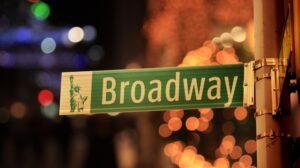 The adaptation of plays into films has been a core part of Hollywood’s output in the 95 years since the introduction of sound into cinema. In this time a huge number of the cinema’s finest and best-regarded works have begun life on the stage, Broadway or otherwise. Despite this close relationship, though, the movement of works from the stage to the screen has rarely been straightforward, and is often tinged with controversy, disappointment, and inequality. This special series has sought to examine any and all facets of this relationship, and given that we have had almost two years with minimal attendance at cinema and theatres, it will hopefully illuminate the historic, current, and possibly future challenges faced by theatre artists. Playwrights have made vast contributions to American culture, but it is often only when these works are filmed, from Glengarry Glen Ross (1992) to Grease (1971) that they attain a status of well-known cultural touchstones.

Izaak Bosman begins our series with “‘Where is Thy Sting?’: Clifford Odets and the Problem of Audience”, concerning the movement of the popular 1930s playwright, Clifford Odets, from Broadway to Hollywood. His first film, The General Died at Dawn (1936) was a critical disappointment, as the playwright of the Depression had seemingly had his sharp edges smoothed by the lure of Hollywood. Odets is now often obscured by near-contemporaries like Eugene O’Neill, Arthur Miller, and Tennessee Williams, but Bosman shows that his first foray into Hollywood was a notable event, and its relative failure had a profound effect on him. Contextualising the problems Odets, like many who made the same move, faced, Bosman argues that despite his good intentions, the allure of Hollywood was so great that he was unable to reproduce the political or artistic quality of his stage work on the silver screen.

Our second piece is by Tara O’Reilly, entitled, “Mending Fences: The Broken Bond Between Drama and Film”. Here, she presents an analysis of the decline in popularity of the adaptation of plays into films. Beginning by suggesting some reasons for this decline, she then presents her argument through case studies, comparing the reception and practical aspects of two adaptations of classic American plays, A Streetcar Named Desire (1951) and Fences (2016). Making the case that a play is best adapted by taking advantage of the fact that it has been turned into film, and not trying to recreate the style and effect of the play, O’Reilly’s analysis pays close attention to the form and reception of these adaptations.

Concluding our special series is Dr. Ciarán Leinster, who writes about the inequalities faced by stage actors when the plays in which they have starred are adapted for the cinema in “Broadway, Hollywood, and the Problem with The Prom“. He takes as an example Ryan Murphy’s The Prom (2020), for which none of the original Broadway cast were considered. Acting in the theatre is a far more precarious job than many consider, and this is exacerbated by “stunt casting” Hollywood celebrities into Broadway roles. He argues that the gap between Broadway and Hollywood has been widening for decades, and despite recent moves to help rewards actors who develop popular shows, this inequality will continue to grow, even in a post-Covid world when audiences can return to theatres.

Beyoncé’s 'Lemonade': A Complex and Intersectional Exploration of Racial and Gendered Identity
60 Seconds With Bridget Bennett
Reality Check or Business as Usual? COVID-19 and the Future of U.S. Capitalism

Dr. Ciarán Leinster received his PhD in North American Literature and Culture from the University of Seville in 2019, with his dissertation entitled Postmodernism, or, the Changed Logic of Late Arthur Miller. He teaches at University College Dublin and Trinity College Dublin, has presented papers on various aspects of American literature and culture at conferences in four European countries, and is the producer and co-host of The Arthur Miller Society Podcast.
View all posts by Ciarán Leinster →
Tagged  Adaptation, Drama, Drama and Cinematic Adaptation, Film, Theatre, USSO Special Series.
Bookmark the permalink.