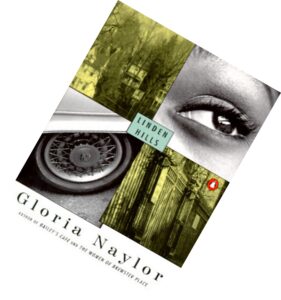 Among the many subplots in Gloria Naylor’s 1985 novel Linden Hills is the story of Willa, who finds herself imprisoned in the basement of her house with her son because her husband, Luther Needed, is convinced the child is not his. After the child dies and she prepares his body for a funeral, she unearths the forgotten stories of the previous Mrs. Neededs. Portraying Willa’s mourning practice, based upon a responsiveness to the needs of others and an understanding of autonomy as a capacity to reshape and cultivate new modes of relations, or what I term her ‘maternal ethics of care,’ Naylor’s novel not only humanizes black lives. [i]  It also rewrites our ‘genre-specific’ (i.e., Western bourgeoise) narrative of the human as a bio-economic subject, providing a way to unthink the ontological constraints that structure our “monohumanism” or genre-specific sense of being human that views people as rational, self-interested agents.[ii] The novel’s narrative practice of human-making mourning, aimed at fostering caring connections, highlights relationality as a starting point to reimagine what it means to be human, destabilizing Western ontological categories.[iii] It thus functions as a “demonic ground” to reimagine humanness, so that the human will no longer be conceived in what Sylvia Wynter calls “biocentric-liberal monohumanist terms.”[iv]

Luther is the epitome of what Sylvia Wynter has theorised as neoliberal “monohumanist Man2”, which corresponds to our present genre-specific praxis of being human.[v] Wynter identifies our genre-specific and auto-instituting[vi] mode of being human as rooted in a conception of Man as a bio-economic subject whose salvation is postulated in economic terms: “[t]he new and present mode of salvation is, therefore, that of the unceasing mastery of natural scarcity by means of ever-increasing economic growth.”[vii] Luther’s conception of the world depends upon economic paradigms so that people can be bought and sold, and sons are just another form of capital, human capital. According to this logic, which he learned from his forefathers, “[l]ife is in the material;” every aspect of life, even life itself, is understood in materialistic terms so that “all dimensions of human life are cast in terms of a market rationality.” [viii]; [ix]

His economic logic transforms women into fungible objects. Willa is expected to “[j]ust come into his home and respect him […] Work along with him to continue the tradition of several generations.”[x] Luther does not even refer or think about her as a person, because to him she is just a “long neck, small breasts, thick waist. Woman,” whose main purpose is to conceive a child who will share not only the father’s physical appearance but also his materialistic values.[xi]; [xii] Woman and mother become interchangeable terms.

Luther’s economic practice devalues motherhood, reducing it to a mechanical activity with a potential economic output: “women are encouraged to […] reproduce entrepreneurial forms of self-governance by producing babies emotionally primed to navigate an economic system.”[xiii] The aim of mothering becomes the reproduction of human capital, and its value rests on economic evaluations of the utility of such capital. Mothers are reduced to mere reproductive vessels, becoming lifeless machines that are used to reproduce human capital. As Wendy Brown has observed, women are constituted as “the invisible infrastructure for all developing, mature, and worn-out human capital.”[xiv] They are made to sustain “a world of putatively self-investing human capitals” who actually remain “dependent upon invisible practices and unnamed others.”[xv] This is what happens to Willa and the previous Mrs. Nedeeds, who are condemned “to fade against the whitewashed boards of the Needed home after conceiving” a son who is an exact replica of the father.[xvi] Their lives cannot be understood outside of an economic schema so that they cannot be apprehended as living; they acquire value only in so far as they can bear and raise a healthy male offspring.

Luther condemns his wife and son to live a death-in-life that reduces them to “the literal embodiment of those dispossessed and socially dead others borne of late capitalism.”[xvii] This is the zombie-like condition that, according to Colin Dayan, resulted from “the experience of slavery and the sea passage from Africa to the New World”: “the reduction of human into thing for the ends of capital.”[xviii] As Walter D. Mignolo has argued, “[e]conomic dispensability of human lives is a practice” that was applied “during the slave trade and exploitation of labor engendered by the European discovery […] of the New World.”[xix] Luther’s objectification of his wife and son is akin to the “instrumental, ‘mechanistic’ view of slaves as little more than means to promote the slaveowners’ wealth.”[xx] His homo oeconomicus mindset guiding the management of his house-enterprise in an unnamed northern city reveals the links between the supposed modernity of a free, post-Emancipation, post-Civil Rights North and the alleged backwardness of an equally mythical notion of ‘the Old South’ as pre-capitalist. Calvin Schermerhorn, among others, has dismantled the idea of a supposed “cavernous divide between a Free North and a Slave South,” showing how slavery was a business built on “credit and investment, paper money, and promises.”[xxi] Luther’s treatment of his wife and son exposes the interconnections not only between North and South but past and present as well: the practice of neoliberalism’s homo oeconomicus is as dehumanizing as that of slaveowners.

Luther’s economic practice renders ‘deselected’ lives disposable. Hence, Luther throws Willa down in the basement with her son. This provokes his death, which Luther is unable to mourn: for him, “the child’s death” is “an expedient turn of events” as “he hadn’t really thought about what to do with it […] It certainly couldn’t have stayed in his home.”[xxii] Referring to his child with the impersonal pronoun ‘it’ and regarding his death as a convenient occurrence that let him get rid of a useless object, Luther can in no way grieve for his son’s death. In Luther’s economic framework there is no possibility for his son’s life to be apprehended as a life and, hence, to be mourned and grieved. As Butler reminds us, “[i]f certain lives do not qualify as lives or are, from the start, not conceivable as lives within certain epistemological frames, then these lives are never lived nor lost in the full sense.”[xxiii] Much like the enslaved people who were violently tossed into the sea, his dead son is left in the basement unmourned, as his father cannot register the loss of a life he did not recognize as human.

If Luther’s practice, driven by economic values, undoes the humanity of his son, Willa can envision a different human-making practice that undoes Luther’s objectification of their son, revealing that “humanness is no longer a noun. Being human is a praxis.”[xxiv] If Luther’s economic practice cannot offer the means to apprehend his son’s life as a life worthy of life and, thus, a grievable one, this is exactly what Willa’s care-driven practice manages to accomplish. In doing so, she humanizes not only her son but herself as well, in a process that mirrors the novel’s narrative work of human-making mourning.

Against Luther’s devaluation of their son’s life and indifference to his death, Willa’s determination to mourn him and her care for his dead body recasts his life as grievable and, thus, as worthy of life. If “[a]n ungrievable life is one that cannot be mourned because it has never lived, that is, it has never counted as a life at all,” then Willa’s mourning practice humanizes her son. [xxv] Accessing a space outside linear time, where past and present, death and life coexist, and where she can conjure up and relate to the stories of the previous Mrs. Neededs, Willa, with their help, manages to create a funeral procession for her son and prepares his body for a proper burial. Willa’s mourning of him gives testimony to the interconnections between her son’s life, hers, and that of the previous Mrs. Neededs, recuperating and giving validity to their voices and experiences. Her maternal ethics of care thus defy our current genre-specific mode of being human based upon a neoliberal, autonomous individual, bringing forward an alternative, more relational and caring model.

[i] My understanding of this term as responsiveness to other people’s needs and an ability to foster social bonds and cooperation is informed by feminist philosophical analyses of ethics and morality that emphasize a relational conception of persons rather than the (apparently) self-sufficient, rational, and self-interested individuals of dominant moral theories whose concept of personhood was developed mainly for liberal political and economic theory (Held 15). See Eva Feder Kittay, Love’s Labour: Essays on Women, Equality, and Dependency (London: Routledge, 1999), and Virginia Held, The Ethics of Care: Personal, Political, and Global (Oxford: Oxford University Press, 2006).

[ii] I take this term from Sylvia Wynter. Drawing, among others, on Michel Foucault and Walter Mignolo, in her article “Unsettling the Coloniality” she shows how our present conception of the human (Western bourgeoise) is a culturally and historically specific one. Describing the different genres or modes of being human, she argues that our present one originated in the fifteenth/sixteenth century as a reaction the previous conception of the human as a religious being.

[iii] Highlighting care and connections as fundamental values, this mourning practice imagines a different mode of being human that can undo the dehumanization to which black lives are constantly subjected.

[vi] Wynter calls it “the autopoiesis of being hybridly human” (“Unsettling” 27, original emphasis), taking the concept of autopoiesis from Humberto R. Maturana and Francisco J. Varela’s book Autopoiesis and Cognition. According to her, while living systems like the beehive are purely biological, our “human eusocial systems are instead hybrid languaging cum storytelling (if biologically implemented) living systems” (Ibid., 227, original emphasis). Such hybrid systems are governed by laws that have been “enacted outside our conscious awareness” (Ibid., 228). These laws function as “ostensibly extrahumanly mandated”, so that we “have always […] adhered to them as indispensable to our respective genre-specific praxes of being hybridly human” (Ibid., 228).

Marika Ceschia is a final year PhD student in the School of English at the University of Leeds, and her thesis examines African-American women’s writing of the 1970s and 1980s, focusing in particular on portrayals of motherhood. She completed an MA in Postcolonial and World Literatures at Maynooth University, Ireland, and a BA in Modern Languages and Literatures at the University of Udine, Italy. She has presented papers at the BAAS PGR symposium, at SASA annual conferences, and at the UCL center for research on the Americas. Her research interests include postcolonial theory and literature, Native American and Chicano literature, gender and queer studies, and critical race theory.
View all posts by Marika Ceschia →
Bookmark the permalink.