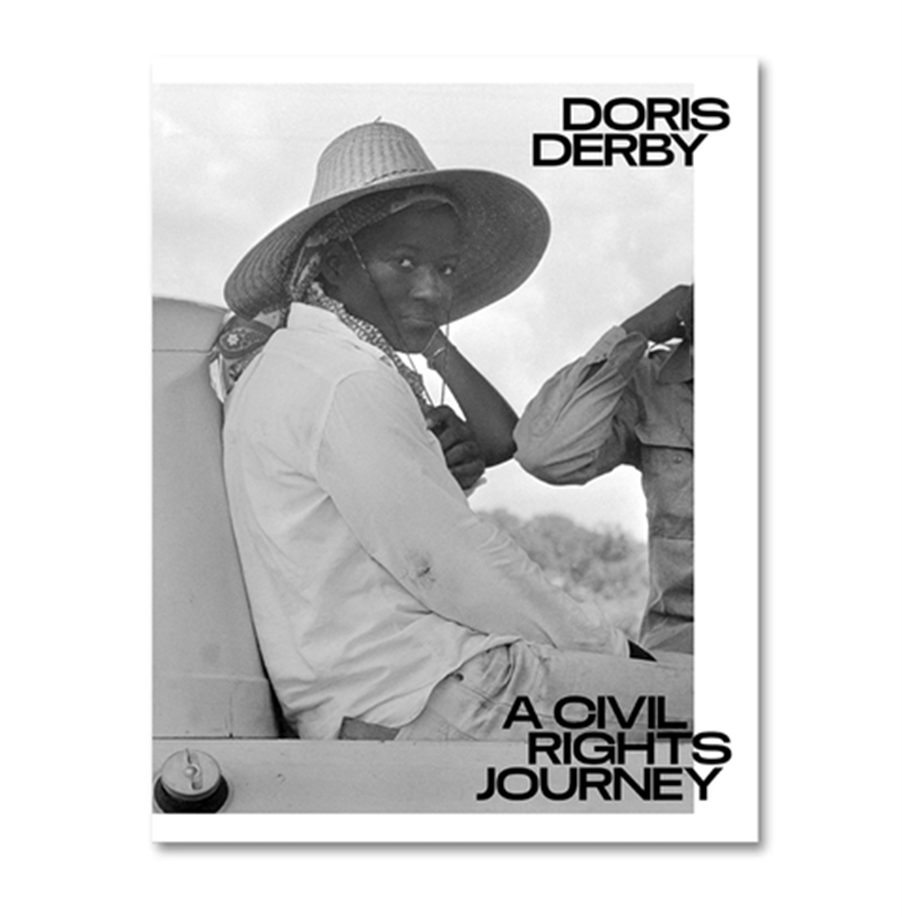 All of this, and more, is immortalised in Dr. Doris Derby’s remarkable book Doris Derby: A Civil Rights Journey (2021). This photobook offers a startling insight into the everyday realities of the Civil Rights Movement from the camera lens of an African American woman who worked at a grassroots level for much of the movement. Derby supported the movement as an educator, activist and photographer, frequently responding to the needs of the communities she immersed herself in. Working with organisations such as SNCC, the Liberty House Cooperative, and Free Southern Theatre, her journey has a complexity and depth that can only be understood through the power of her photography. Focussing largely on her nine years of activism in Mississippi (1963-1972), this book combines text and photography to take us through Derby’s experiences. In stark black and white, the images that Derby presents make a ground-breaking contribution to the archive of Civil Rights Movement photography.

Derby’s work challenges the foundations of Civil Rights Movement photography. When considering the Civil Rights Movement, there are certain images that spring to mind. Considering images such as those where fire hoses and dogs are turned on peaceful protestors in Birmingham, Alabama (1963), Martin A. Berger suggests that the white press created demand for images that reinforced a certain narrative of the movement – that of Black victimhood, and white agency.[1] The centring of whiteness is staunchly rejected in Derby’s text, as the perspective of African American community activism is centred above all others. Also absent is the dominance of charismatic male leadership, as Derby focuses her lens on those around her. There are figures who are, perhaps, more recognisable within these pages: Fannie Lou Hamer, Muhammed Ali, and Stokely Carmichael. However, there are also named activists whose role in history is more neglected, such as cooperative organiser L. C. Dorsey, attorney Nausead Stewart, nurse Ora Bouie and civil rights lawyer Constance Slaughter-Harvey. Grassroots activism, and particularly that of Black women, is centred within this work.

Through her photography, Derby also documents the lived realities of everyday people in the South. Where Derby records speeches or performances, it is telling that she also photographs the audiences watching them. As a photographer, Derby is just as invested in the people in the crowd as she is the isolated figure on stage. Where we see James Brown singing, we also see the crowd watching. Where we see the Free Southern Theatre perform Slave Ship on the left page, we also see an audience reacting to another production on the right. The camera is always an object inherent with power dynamics, with the photographer wielding control over who is photographed and who is not. Yet within these exchanges, Derby attempts to centre not just the figure(s) on stage, but those in the audience as well. This is a fitting metaphor to Derby’s wider photographic approach – to centre those who are often overlooked, and to flip the gaze to include those whose perspectives are often undervalued. 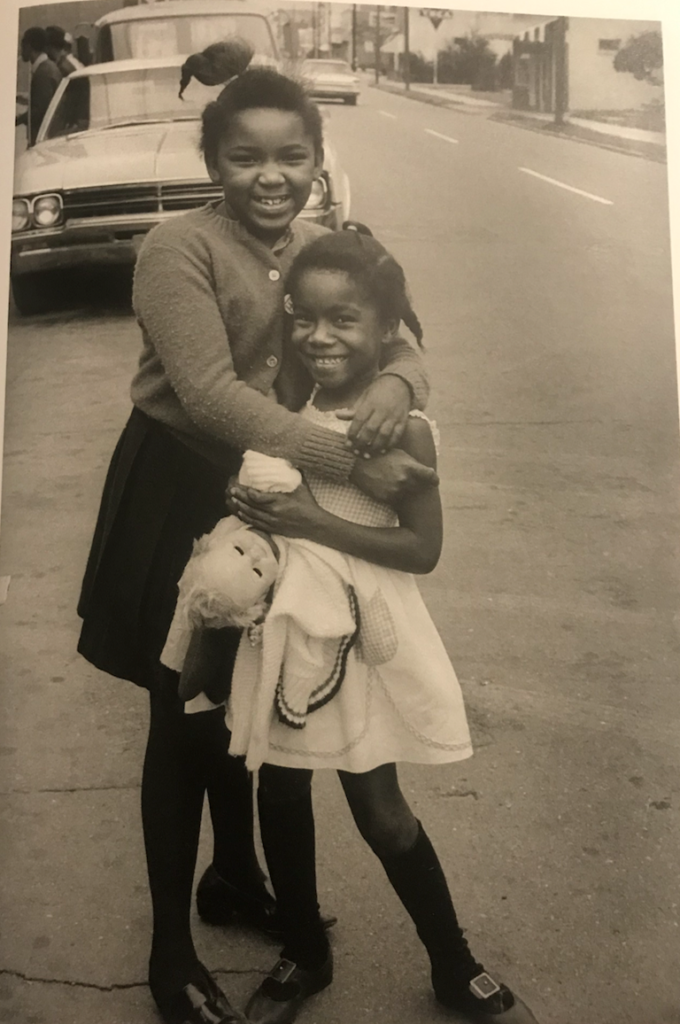 A significant portion of the text focuses on Farish Street in Jackson, Mississippi. A hub for Black-owned businesses until the 1970s, it was a social, political and cultural centre of African American life. Politicians, shoppers, and activists all walk this street in Derby’s photographs. The photograph that I personally found the most arresting out of the collection was that of two young African American girls on Farish Street, hugging each other and smiling, facing the camera. In their hands, tilted upside down, is a white baby doll. Looking at this image, I cannot help but think of the ‘Doll Test’ – a series of experiments in the 1940s by psychologists Kenneth and Mamie Clark, which studied the psychological harm and sense of inferiority inflicted on Black children by segregation. Yet the caption of the photograph asserts that the Liberty House cooperative on Farish Street made Black dolls for the Black community, that were always in high demand. In this way, Derby highlights the potential of spaces such as Farish Street for empowering African Americans in their everyday lives. Yet the unnamed girls – like so many other unnamed figures in this book – raise more questions than the photograph can answer. Who were these girls? What became of them once the ‘Black mecca of Mississippi’ fell into decline in the 1970s?

This is a book that is essential for scholars of the Civil Rights Movement. It offers a window into the lived realities of a movement and a moment that continues its relevance in modern times. As Derby concludes: ‘The circumstances are such that young people need to continue what was done because history can revert at any time.’[2]

[1] Martin A. Berger. Seeing through Race : a Reinterpretation of Civil Rights Photography. University of California Press, 2011.

[All images reproduced with permission from the artist.]

Dr. Emily Brady is a Teaching Fellow in American History at the University of Leeds. In May 2021, she completed her PhD in American Studies with her thesis "I Didn't Know She Took Pictures": African American Women Photographers in the Long Civil Rights Movement. Emily's research interests include visual culture, protest, and gender in the United States. A full article on Dr. Doris Derby and the Civil Rights Movement is forthcoming in the Journal of American Studies.
View all posts by Emily Brady →
Tagged  African American History, Book Review, Civil Rights, Photography.
Bookmark the permalink.