The British Association for American Studies (BAAS) held their 2021 conference entirely in a digital mode. This made the conference more sustainable and accessible – yet during a global pandemic, it is also a necessity. I’m currently based in Lisbon, so it was the only way I could ‘attend’ it! This being said, the conference was a breath of fresh air. This was especially true for the roundtable I attended via Zoom: ‘Elemental America’ took place on April 6th at 14:00-15:30 BST. It was organized and chaired by Dr. Moritz Ingwersen from the University of Konstanz. The theme of the roundtable was inspired by the concept of Elemental Ecocriticism from the 2015 book by the same name, edited by Jeffrey Jerome Cohen and Lowell Duckert. Elemental ecocriticism is how the elements feature in ecocriticism, which is the portrayal of the natural world in literature. However, this roundtable was also a test run of ideas for an forthcoming project. Even though I was not presenting, it was awfully exciting to be part of this academic experiment! It served as an invitation to think about the elements as something we are exposed to and enveloped by. Consequentially, how do we respond to it?  How does it relate to the imagination? The specific focus was obviously on how American subjectivity has been sustained by elemental relations and how it can be seen from an elemental perspective.

The presentations were short (between 5 and 10 minutes) and organized chronologically, starting with the 19thcentury. Each presentation focused on one specific element: fire, earth, air and water. This kept the rhythm of the roundtable lively and absorbing, opening up the discussion about the elements through various moments in American literary and cultural history. The first speaker was Savannah DiGregorio, a PhD candidate from the University of Vanderbilt. Her presentation was entitled ‘Henry David Thoreau and the Politics of Fire in the Anthropocene.’ It focused specifically on the time that Thoreau set fire to the woods in Walden Pond and the significance of that event. DiGregorio suggests that fire is a blank, vacuum-like state as well as an elemental subject type. Moreover, it was established that fire is necessary for survival, but can also bring about ecological destruction. 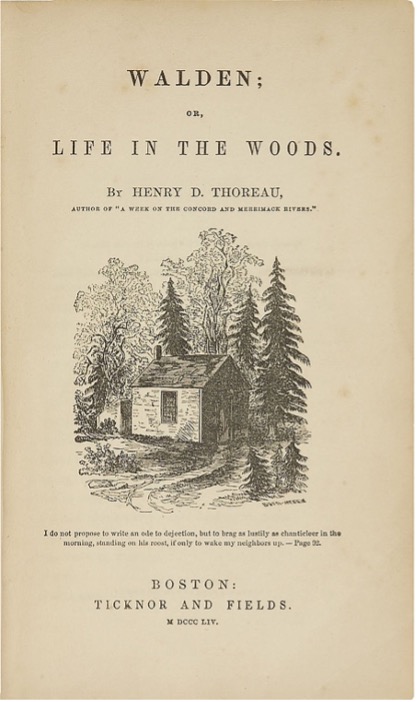 In order to put out the fire, water came next! The following presentation was in the realm of film studies, and was entitled ‘Aurum’s Agency: The Material Aesthetics of the Klondike Gold Rush in Bill Morrison’s Dawson City: Frozen Time.’ The presenter, Dr. Linda Hess, is a senior lecturer and post-doctoral researcher at the University of Augsburg. ‘Dawson City: Frozen Time’ is a 2017 documentary written, edited and directed by Bill Morrison that centres around the 1978 discovery of 533 reels of film in Dawson City. What’s curious is that these reels had been sealed within a swimming pool! This recently discovered footage not only tells the story of a remote Yukon town, but also of the dawn of 20th century North America and Hollywood in the silent film era. Water was not the only element at play here; earth was also involved. In her presentation, Dr. Hess used elemental criticism to provide a connection to the American gold rush and all of the mythology it involves. Elemental aesthetics invite us to consider the American history of extraction. It also invites us to draw comparisons between mining and the narrative legacy. 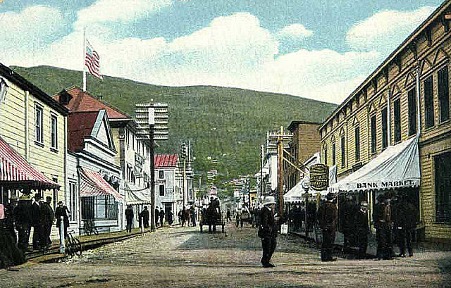 The third presentation took us above ground for a breath of fresh air. Dr. Timo Muller from the University of Konstanz took us on a metaphorical road trip through the United States, which was much appreciated in these times of lockdown. Muller’s presentation was entitled ‘“The Thunder of the Cylinders”: Automobile Airs and the American Road Narrative.’ The presentation considered cross-country literary road trips. Texts such as Sinclair Lewis’ Free Air and John Steinbeck’s The Grapes of Wrath – where car travel is not only present, but absolutely central in the narrative – were closely analysed in order to better understand automobile travel as an environmental subject. Although today we associate cars with air pollution, in the early 20th century automobility was associated with fresh air. The freedom of air is enhanced by the American spirit of freedom, with the real and the imaginary being juxtaposed.  It is reality versus the over-imaginary, the layering of which results in a celebration of cultural imaginaries. As a PhD candidate working on ecocriticism in Edith Wharton’s fiction, this was the presentation I was more interested in personally and I took the opportunity to ask a question about that at the end. This was especially rewarding, and it served as a reminder that despite being socially distanced, we are all connected through our research. 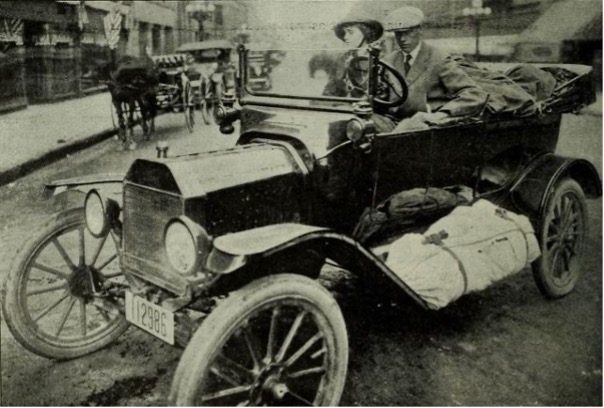 The fourth presentation took us beyond the loaded element of air, into outer space! ‘“Basically Burning Computers”: The Pluming Exhausts and Chemical Afterlives of Astronautical Rocketry’ was the title of Rachel Hill’s presentation. Hill is a PhD candidate at Goldsmiths, University of London. Her presentation applied the iconography of the frontier to space exploration, highlighting the fact that rockets are a quintessential component of American identity as well as an advanced mode of mobility. By evoking the trace trajectory of rocket plumes through the elemental lens, the sublime is put into question as a means to illustrate the American frontier that goes beyond the configuration of the environmental present in the Hudson River School paintings.

We travelled back down to Earth for Dr. Aaron Pinnix’s presentation. Dr. Pinnix is a researcher at Fordham University, and he talked about the 2010 Deepwater Horizon oil spill with a presentation entitled ‘Surfacing Ecological Disaster: “Poets for Living Waters” and the Deepwater Horizon Oil Spill.’ Water and oil are more toxic than oil alone, which rendered the habitat of aquatic wildlife toxic in this region. However, the focus of this presentation was the Poets for Living Waters forum, a group of poets who shared their grief and desire for change, accentuating the fanatic relationship between poetry and the ocean depths that has always existed. They wrote poems in support for the ocean ecosystem protection, which are accessible through their website: https://poetsgulfcoast.wordpress.com/. 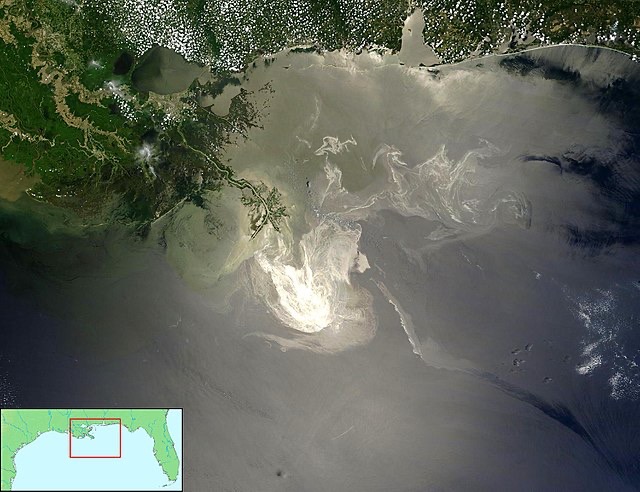 Things got scarier with the final presentation, because the zombies appeared! Dr. Drago Momcilovic, a senior lecturer at the University of Wisconsin-Milwaukee presented on ‘Rotters and Runoff: Elemental Fluidities in the American Zombie Narrative.’ It was a meditation on elemental fluidity in contemporary zombie narratives, that have played up the canonical view of the zombie body as a spectacle. In series such as the ‘The Walking Dead,’ these are apocalyptic visions of the future where one of two things is possible: the first is the end of the world, whereas the second is for an unfamiliar world to emerge (where the border between the human and the non-human is reconfigured). This should encourage us to embrace the elemental now, instead of neglecting subjects and landscapes.

On that note, the roundtable concluded. It was an eclectic and energetic presentation format that brought a lot of interesting perspectives together. As an attendee, it was great to hear about what other academics are working on and to learn about how the elements influence the cultural imaginary.

Margarida Cadima is a final year PhD candidate in English Literature at the University of Glasgow, having graduated from King’s College London with an MA in French Literature & Culture (2014) and from Sarah Lawrence College with a BA in Liberal Arts (2013). Her doctoral research focuses on ecocriticism in Edith Wharton’s fiction and her supervisors are Dr. Andrew Radford and Dr. John Coyle. Find Margarida on Twitter @mcadima91, and Instagram @margaridacadima, or check out her website: mcadima.wordpress.com
View all posts by Margarida Cadima →
Tagged  BAAS, BAAS 2021, Conference Review.
Bookmark the permalink.