The Historiography of Ethan Allen 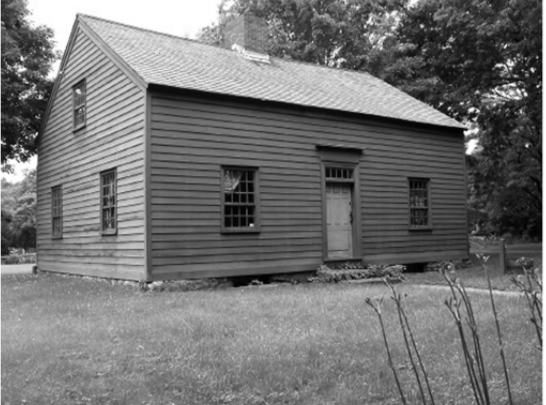 Ethan Allen is widely celebrated as one of the founding fathers of Vermont, formerly called the New Hampshire Grants until it declared itself an independent republic in 1777. In the decades prior to Allen’s arrival in the Grants, the settlers (the majority of whom owned illegitimate land grants from New Hampshire Royal Governor Benning Wentworth) were at odds with the New York authorities, who claimed ownership of the land from Lake Champlain to the Connecticut River’s western bank. Leaderless by the late 1760s, the settlers cried out for a new and inspiring figure who would lead them in their defense of their land and repel any New York attempts to eject them. Ever the opportunist, Allen spotted the leadership gap early on in his arrival and proclaimed himself leader of the settlers and the head of the Green Mountain Boys. Although he was not in Vermont when it declared independence and was regarded as a decisive populist leader by some Vermonters, his self-proclaimed leadership in the early 1770s pivotally laid the foundations for Vermont to become independent in 1777. His effective use of propaganda in the local press, and terror on the ground against New Yorkers, bound the inhabitants together around a collective identity that explicitly targeted the Yorkers and set out the same Lockean arguments on natural rights and laws that the colonists would use against the British in the American Revolution. When he was not leading the settlers, he was speculating in the New Hampshire Grants land by buying illegitimate land titles from Wentworth. With the help of his close- knit family, Allen accumulated some 75,000 acres of land worth approximately $275,00 by the American Revolutionary War’s eruption in 1775.

His experience during the Revolutionary War was short but eventful. On 10 May 1775 he led the Green Mountain Boys, as well as a Benedict Arnold among others, in Fort Ticonderoga’s capture. The British then took him prisoner in September 1775 after a brazen attempt to take Montreal and he would not return to America until 1778. After his return, he became involved in Vermont politics. Recognising his potentially decisive nature, Vermont’s oligarchy leadership, the Arlington Junto, allowed him to operate freely outside the Vermont Assembly. He served briefly as a judge, ruling on the confiscation of Loyalist properties, before operating outside the official political domain by rounding up and condemning Loyalists (including his own brother Levi) and Yorkers. From 1780 to 1783, he then played a leading role in the controversial Haldimand Negotiations, when the Arlington Junto negotiated with the British-Swiss General Frederick Haldimand to rejoin the British Empire in return for confirming the settlers’ ownership of their land. The negotiations failed, however, and Vermont remained independent until it joined the U.S. as the fourteenth state in 1791. Eventually, Allen retired to his home in Burlington (see figure 1) and died of a stroke in 1789.

Initially, Vermont historians largely side-lined Allen from the state’s history because the state was young and vibrant in the decades after his death. The good times, however, were only temporary. By the late 1830s, Vermont was in a state of turmoil that lasted for most of the nineteenth century. Social, religious, and political divisions erupted from multiple issues. Economic decline stemmed from Thomas Jefferson’s Embargo Act of 1812, the west and the Great Lake’s increased economic competition, the decline of Vermont’s agricultural output and population, and famines caused by abnormal weather throughout the 1820s. Religious revivalism led to apocalyptic prophecies by millenialist preachers like William Miller and social experiments by John Humphrey Noyes that increased sexual promiscuity.

Vermont’s social elite feared this perceived economic and moral decline would be prolonged, so it had to be arrested. Turning to history and Ethan Allen, they argued, was the panacea. As George Washington was to the United States in the nineteenth century, so Allen was to Vermont: a symbolic figure invoked by historians and elites to unify and encourage a population against hardships, divisions, and misery created by these economic and social problems. Many of the Vermonter and New Englander historians were children or grandchildren of Allen’s contemporaries, who watched Vermont turn into a republic in 1777 and then join the union in 1791. They passed on their stories and myths of Allen to their children and grandchildren, typically through word of mouth, resulting in the increasing subjectification of Vermont history from the early nineteenth century onwards.

The first statue of Allen was not sculpted until 1852 by Benjamin H. Kinney (see figure 2). “Overwhelmed with the catalogue of noble deeds of the great Hero of the Green Mountains,” Kinney had worked relentlessly that year to express his admiration of Allen, and the Vermonters lauded his efforts.[i] They praised it as “extraordinary,” “noble,” “genius,” and “wonderful.”[ii] Standing upright, boldly and confidently facing the enemy, ready to lead his Green Mountain Boys into precipitously violent times, Kinney’s statue gave a physical form to the man historians like Jared Sparks (1835), Hosea Beckley (1846), and Henry Walter De Puy (1853) extolled in their popular works on him and Vermont’s creation. They portrayed him as a fearless warrior with traits that Vermonters could reproduce in their own economic and moral struggles. Although Kinney’s statue disappeared without a trace (and remains lost), Allen’s canonised character remained relatively intact for much of the last two centuries. 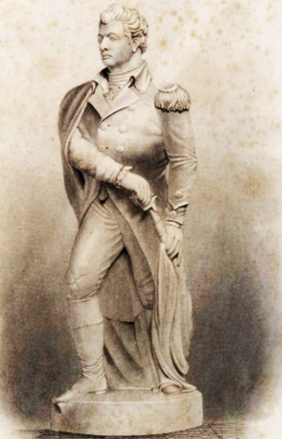 Despite Allen’s enduring legacy, revisionist historians challenged his reputation in the second half of the twentieth century. Whilst traditionalist historians portrayed him as a Vermont patriot and a staunch defender of liberty and mankind, the revisionists were much more negative in their depictions. Some regarded him as a traitor to America, while others portrayed him as an avaricious land speculator. Michael A. Bellesiles (1993), however, offered a comprehensive analysis of Allen that went well beyond the simple recitation of his mythological story. He attempted to disentangle fact from fiction and found a man with a complex set of allegiances that governed how he behaved during the American Revolution. Allen was indeed a man of self-interest, Bellesiles concurred, but his self-interest was much more noble than historians suggest, for his allegiance not only lay with himself, but also his “family, and community [which] formed a unified whole.”[iii]

To an extent, Bellesiles is correct. Family was the nucleus of Allen’s allegiance; his father taught him from a young age that familial self-preservation transcended everything else and this could be achieved through land speculation, so Allen’s allegiances lay with his family and, subsequently, his land, which was primarily in Vermont. Nevertheless, he possessed national allegiances that may have been of lesser importance to him. Allen held firm Lockean beliefs that were blended with his own inherent principles of self-preservation, and, initially, he identified these beliefs in the Patriot’s cause. Yet his national allegiances increasingly lay with Vermont towards the end of the 1770s because the Continental Congress refused to accept Vermont into the union. In Vermont, he saw the opportunity to develop a country that revolved around his Lockean beliefs in property and natural rights and laws, while simultaneously protecting and validating his land, thus allowing him to preserve his family for generations.

In the end, while we may think we know everything about him, we actually know little because historians have long allowed myth and subjectification to cloud their judgement and writings. To understand who Ethan Allen really was, therefore, we must continue to disentangle fact from fiction by contextualising him in the tumultuous period that he lived in and scrutinising his records through comparing them with his contemporaries’ official records and recollections. A daunting task for any historian, but one that may not be insurmountable.

[iii] Michael A. Bellesiles, Revolutionary Outlaws: Ethan Allen and the Struggle for Independence on the Early American Frontier (Charlottesville: University of Virginia Press, 1993), 4.

Benjamin Anderson is a PhD Candidate from the University of Edinburgh studying Loyalism in Vermont and the Northern Borderland from 1749 to its entry into the Union in 1791. He can be found on Twitter @Ben_Anderson44.
View all posts by Benjamin Anderson →
Tagged  American Revolution, Historiography, Research, Vermont.
Bookmark the permalink.