Review: ‘Indigenous Mobilities: Travellers through the Heart(s) of Empire,’ Beyond the Spectacle (Online) 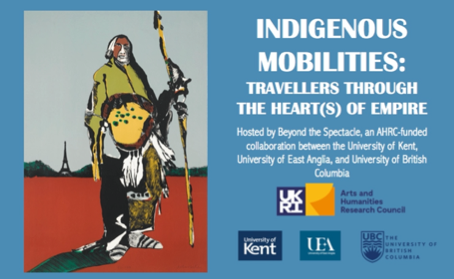 Organized by the collaborative AHRC research project “Beyond the Spectacle” (University of Kent, University of East Anglia and University of British Columbia), “Indigenous Mobilities: Travellers through the Heart(s) of Empire” engaged speakers in a 4-day discussion around the importance of Indigenous travels and movement in scholarly and non-scholarly debates. In particular, the conference advocated for the need to rewrite colonial narratives from an Indigenous point of view, and in so doing implement practices which can underscore the shaping impact of transnational Indigenous agents on the development of Empire(s). The conference (streamed online due to Covid restrictions) included more than 38 presentations in 15 panels. These papers touched on a wide range of topics, all also related to questions of Indigenous belonging, representation, and sovereignty. Despite the high quality of all the participants’ contributions, this review can only present a small thematical selection of all the papers discussed.

One of the terms which dominated the whole conference, decolonization, was introduced via a discussion of the practice of decolonizing the archives. According to Dr Caroline Dodds Pennock (University of Sheffield), decolonizing the archive means affirming that “Indigenous peoples were and are present in global history” and are situated at the core of “global networks from their inception”. Dr Dodds Pennock’s presentation highlighted how the decolonization process can be arduous work, especially when confronted with poorly recorded data regarding the early colonial era, but it remains nevertheless an essential task to perform in order to shift dominant understandings of the past and re-center them on Indigeneity.

The keynote of Dr David Chang (University of Minnesota) focussed on the centrality of Indigenous experiences across the Atlantic and their entanglements with empire and nationalism. He further illustrated his arguments through the example of the Hawaiian revolutionary Robert William Kalanihiapo Wilcox and his transnational military apprenticeship in the Italian Kingdom. Wilcox’s rebels wore redshirts inspired by the model of Italian nationalist general Giuseppe Garibaldi, and this, Chang stressed, proved how the migration of Indigenous individuals involved most crucially also the migration of ideas. Transatlantic mobility allowed Indigenous peoples to see new places, understand new ideas and apprehend ways of “responding to a crisis of a world that was coming to them.” Studying their experiences is vital for Indigenous scholarship, Chang argued. 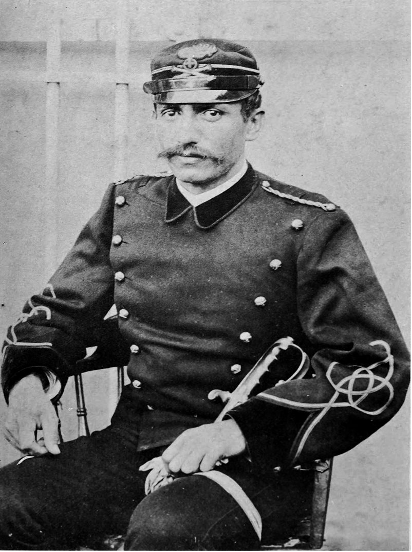 Decolonization must involve the performing arts as well, as Wanda Nanibush (Art Gallery of Ontario) called for in her plenary speech. She argued for a reinterpretation of Indigenous performances—such as dance practices and the re-evaluation of the role of Indigenous women in performing arts—in order to reverse the “obsession with the narrative of authenticity,” which she identified as a colonial concept oppressing Indigenous creativity. Most importantly, Nanibush regards Indigenous performance and creative fiction as acts of cultural and political resistance as well as means of remembrance and commemoration which must be used to counteract the persisting colonial narratives of “capture, loss, savagery, and disappearance.”

Indigenous performance was also the focus of the panel featuring Louise Siddons (Oklahoma State University), Yanitsa Buendía de Llaca (UC Santa Barbara), and Courtney Mohler (Butler University). The speakers focussed particularly on the meanings of cultural performances as acts of intentional cultural diplomacy. Such performances were engineered to instruct non-Indigenous audiences rather than to entertain them, as often interpreted by mainstream narratives. Both Dr Siddons and Dr Mohler presented elucidative cases, such as the Native American Theatre Ensemble in Cold-War Europe or the exchange between Acee Blue Eagle and Emperor Selassie. Yanitsa Buendía de Llaca instead illustrated the relations between performance, transatlantic mobility, authority, and indigenous cultural revitalization through the example of the Mexican Temachtiani Akaxe Yotzin Gomez.

The panel on European wartime experiences highlighted Indigenous presence in the two World Wars and made visible the struggles and sacrifices of Indigenous soldiers who fought in such famous engagements as Operation Market Garden or the landing in Normandy. From Mathilde Roza’s (Radboud University) efforts to inaugurate a memorial in Nijmegen honouring Native American war veterans to John Moses’ (Carleton University) personal retelling of his family’s involvement, the presenters strove to normalize Indigenous soldiers’ presence on the battlefield. Finally, Erin Fehr (Sequoyah National Research Center) showed how the experiences of Indigenous soldiers in the liberated cities of Europe overlapped with those of their comrades-in-arms, thereby making a valid point about the universality of the human condition. As a whole, the panel exemplified how the conference’s thematic focus of Indigenous mobility intersects with pressing concerns in modern society to acknowledge and commemorate the contribution of minorities.

On the last day of the conference, issues of Indigenous representation, misrepresentation and repatriation were discussed in the panel on “Red Travel and Propaganda” and in the last keynote by Mohegan playwright Madeline Sayet. In the panel, Dr Gyorgy Toth (University of Stirling) proposed a theoretical approach to examine inter-indigenous transnationalism as well as the circulation of ideas between Native communities. This framework, which he called Red Transatlantic, “expansive and inclusive of diversity and agency,” would therefore be beneficial to a recovery of a multiplicity of Indigenous perspectives. Dr Lucie Kýrová (Charles University) analysed the representation of Indigenous tribes in Cold War era Czech newspapers, illustrating how, despite being used for anti-US propaganda, reports about Native Americans ultimately heightened the awareness of their issues in the Eastern bloc. Amy Ruckes (West Virginia University & National Autonomous University of Mexico) presented on the exploitation of Indigenous peoples and tribes for disinformation, as in the shocking cases of the “Navajos for Trump” billboard and the online campaign about “Putting the whole country on an Indian Reservation” involving youtuber Mikaela Bear Paw—both backed by ultra-conservative organization Turning Point USA. Finally, Madeline Sayet’s keynote was a breath of fresh air after learning about far-right misuses of Indigenous issues. She illustrated her personal journey, which led her to write “Where we Belong,” a play about her journey to England as an Indigenous Shakespeare scholar, and her attempts to engage with academic and cultural institutions struggling to come to terms with their colonial legacy. Ultimately, Sayet called for an acknowledgement of the impact that Indigenous travellers had on the United Kingdom and made a powerful case that Indigenous peoples are “more than what they think of us, than what has been stolen.”

Excellently organized and led—despite all the challenges that an online format across several different time zones posed—the fundamental message of the conference truly reverberated in each presentation. To see “beyond the spectacle” means to normalize the history of Indigenous mobility and to highlight the active participation of these peoples, not just in the history of empires but also in their own right, as travellers, diplomats, activists, leaders, artists, and humans. 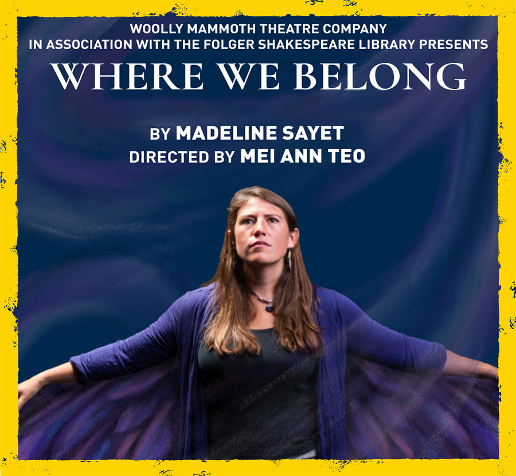 3 Billboard for Madeline Sayet’s Play Where we Belong

Alessandra Magrin Haas is an Early Career Researcher who received her PhD from the University of Strathclyde, Glasgow. Her research interests lie in the history and popular visual culture of the USA and Europe. She serves as an Associate Editor in the NEH-funded project “The Papers of William F. Cody” led by the Buffalo Bill Center of the West in Cody, Wyoming. She has published on Silent Cinema, Buffalo Bill’s Wild West, as well as Transnational Mass-Culture. She is currently editing her first monograph on the Italian reception of the Western genre.
View all posts by Alessandra Magrin →
Tagged  Conference Review.
Bookmark the permalink.