One of the final sessions for the British Association for American Studies 2021 digital conference was titled Pop Cultural Interventions, chaired by Dr. James Peacock (Keele University). Pop culture covers a wide range of subjects and media which was reflected in this conference session, including discussion of film, television, social media and video gaming.  Thematically, the first two presentations looked at how audience reaction to mainstream media and news events becomes creation and production of culture. The second two presentations discussed cultural projections and imaginations on to nature, and how this is used to reinforce cultural belief and ideology. Overall, the intertwining of culture as something produced, consumed and reproduced again, rather than something static, held all the presentations together. The speakers questioned what narratives are being told, what biases they might contain and looked at the historical significance of such narratives.

Beginning the presentations, Dr. Lyndsay Miller (University of Glasgow) discussed fan art and audience participation of fictional world building in the Captain America Marvel Universe in her presentation O Captain! My Captain!’: Reimagining American Masculinities in the Captain America Fandom. The presentation looked at fan fiction (called slash) and re-imaginations of Captain America which envisioned the main characters, Steve Rogers as Captain America and his plucky sidekick Bucky Barnes, as homosexual lovers. Textual poaching, taking the term from Henry Jenkins, is the act of taking part of the text and creating fan fiction so that fans become ‘producers as well as consumers’.[1] The political context surrounding fan fiction in turn shapes what is produced back into culture. For example, the film Captain America: Civil War was released in 2016, at the height of political tension and divide, the title of the film itself somewhat alluding to the American climate. The slash fiction after the film’s release is read by Miller as a defiant rebellion against President Donald Trump’s (2017-2021) subsequent unravelling of previous President Barack Obama’s (2009-2017) work to legalise and normalise gay marriage. Additionally, the slash challenges dominant ideas about what patriotism looks like and what masculinity means, especially ideas pushed by conservative ideologies. Dr. Miller concludes her presentation arguing that slash fiction is made and distributed by often marginalised voices in a culture where the norm is cis-gendered heterosexuality, thus, challenging dominant forms of masculinity. In this way it is liberating.

Audience interaction and creation of culture is continued to be central to the talks of the day as Oline Eaton (American University) presented Keeping Up with Lost Time: On Kim Kardashian and Lost Time Incidents. This presentation looked at the cultural reaction to the armed robbery of Kim Kardashian in her hotel room in Paris, October 2016. The study intended to look at how we, as people, write about the lives of others. Eaton discussed they ways that media narratives make sense of events in public life and how this compares to the disorder and chaos of real lived experiences. In remembrance of events, the media and their audiences seem to reconfigure events to suit pre-accepted narratives. Eaton argues that we must ‘include the mess’ in our re-telling of events rather than wash over them, undermining and denying space for trauma.[2] The main theme of the presentation was temporality and the nature of time understood through culture, arguing that the robbery was an incident lost in time (in lost time). Quoting sociologist Zigman Bauman, we can understand the fast-paced modern lived experience as ‘flattened into a perpetual present’ where all is only understood through what can be consumed.[3] We see this reflected in the way that both the public and Kardashian herself utilise dominant media narratives to process the event, as if Kardashian herself were only able to understand or explain the incident using pre-accepted media narratives.

Eaton understands the concept of lost time as the spaces where language fails and where reality attempts to be understood through pre-accepted narratives. Thus, trauma and the true messiness of life is denied when we refuse to acknowledge narratives outside of tidy mainstream acceptable narratives.

This first section tied together ideas of suppression of narratives and marginalised voices, both arguing that in the creation and consumption of culture, one must be mindful not to stamp out marginalised voices. Both also understood culture as not just the churning out and buying of products, but as a symbiosis of consumption and response. We do not passively look at culture, we are engaged creators contributing to the world. These themes flowed into the second half of the panel which equally looked at how culture produces ideas and cements them as truths rather than interpretation.

Though popular opinion around history and nature often appears to be solid concepts based in truth, it is more accurate to consider them mere constructions of culture. Nitya Koch (Freie Universität Berlin) presented Mountains in Musicals:  American Identities, Ecologies, and the Spectacle of Landscape in the Mountain Film Musical – a paper which looked at various attributed meanings of landscapes in a number of musical films. For example, Paint your Wagon (1969) utilises the mountain landscape to create seclusion and freedom from social law. However, Paint your Wagon also offers a critique of a masculine identity wherein men are seen as ecological and sexual exploiters, conquering the landscape, and women, with impunity. Koch linked themes of ecological exploitation to Sun Valley Serenade (1941), a film featured around a rich ski resort which portrays the sport of skiing as man conquering and commoditising nature for the enjoyment of the rich elite. The mountain itself features as a character in these representations, an image to be consumed as a powerful spectacle, a commodity for enjoyment, a wealth to be mined, or a path to freedom. 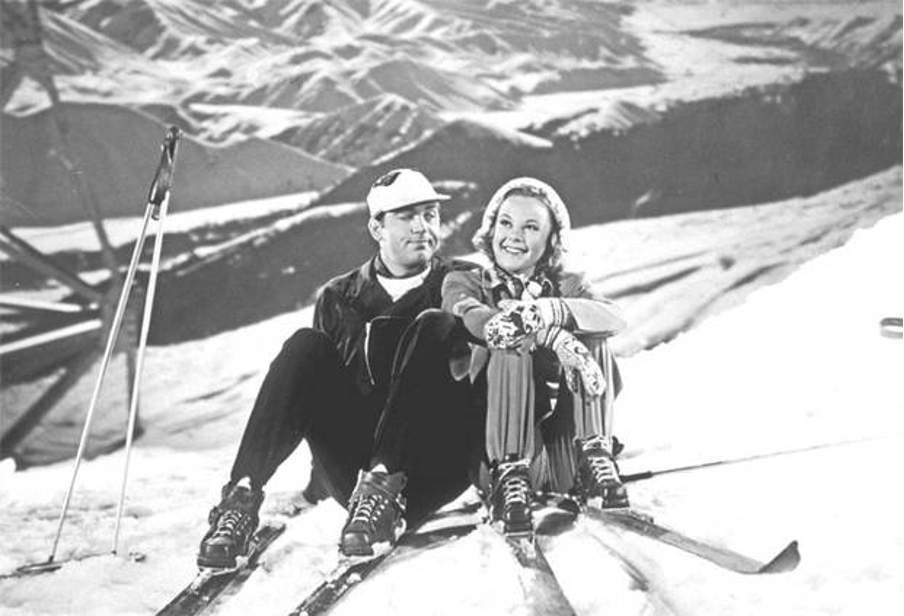 Michael Fuchs’ (Oldenburg) continued with this ecological theme in his talk Manifest Extinction: Geological Time, Vanishing Species, and the De-Nationalised West in Red Dead Redemption, which had a thematic focus on the exploitation of nature and the narrative of human and national exceptionalism. Fuchs looked at how the video game Red Dead Redemption (2010) understands and interprets history and deep time (pre-history) which effects our understanding of America as a nation. Of particular interest was how the ecological effects of the Anthropocene are represented in the game, even tackling issues of extinction through rewarding players for wiping out species in the game, thus, championing ideologies of human and national exceptionalism. Both presentations expressed the damaging effects of cultural representations of nature, especially representations of nature as an object to be utilised by mankind. 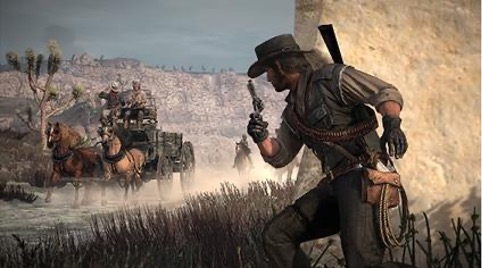 Concerns around audience creation and engagement with culture ranged from championing the liberating potential of fan fiction, to the damaging effects of seeing nature as existing for human pleasure, especially when the protection against climate change and global pandemics relies on human respect and consideration of the global ecology. History and time were also looked at through cultural lenses in various yet linked ways. Speakers discussed the passing of time being condensed in a fast modern world which greedily eats up time, demanding more from cultural producers who must keep up. History can also be manipulated to suit understandings of what a nation is, with historical revisionism often being utilised for nationalistic purposes. We must also pay attention to potential biases of historical accounts, and understand what perspectives are being showcased in any account of social history. All of the presentations shared the idea that we are responsible for the culture in which we live, that our culture is a conversation between ourselves, and that we both consume and produce the world around us.

Book Review: Downwardly Mobile: The Changing Fortunes of American Realism by Andrew Lawson
Book Review: American Education in Popular Media: From the Blackboard to the Silver Screen edited by...
Book Review: The Republican Party and the War on Poverty: 1964-1981 by Mark McLay

I am a graduate of Edinburgh Napier University, where I received a 1st class BA (Hons) in English Literature and Film. From September 2022 I will be studying for an MA in Digital Culture and Society at King's College London. Since graduating with my BA, I have kept a film and television blog, and won Highly Commended at the Global Undergraduate Awards in 2018. The paper I submitted for that award has now been published, as well as a conference review about New Research on American Literature and Neoliberalism. My research interests involve media, including social media and streaming platforms, and the changing ways this media is consumed, including the implications media has on the wider culture. I am also interested in postmodernity, science fiction, neoliberalism, capitalism, existentialism, and the nature of reality and human subjectivity in an age when "Truth" is constantly being questioned.
View all posts by Megan Kirkwood →
Tagged  BAAS, BAAS 2021, Conference Review.
Bookmark the permalink.