‘Brings Back Some Memories’: Textual and metatextual experiences of nostalgia in Twin Peaks: The Return 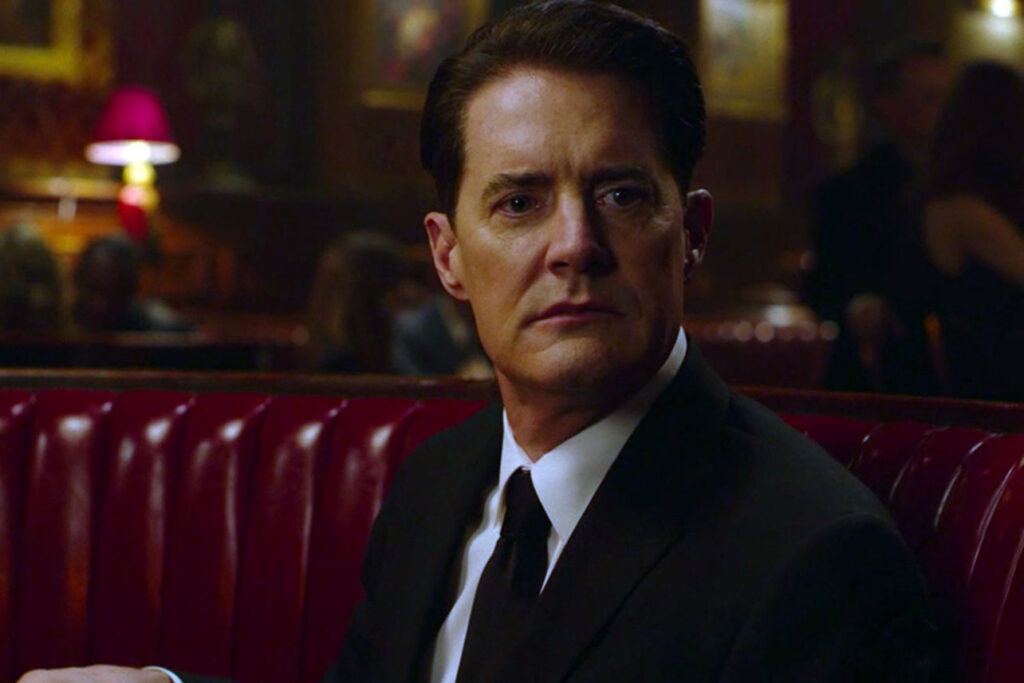 “When you see me again, it won’t be me,” the entity called The Arm warns in the second season finale of Twin Peaks, the cult 1990s TV series co-created by screenwriter Mark Frost and filmmaker David Lynch. This cryptic statement was borne out by the long-awaited revival of the series Twin Peaks: The Return (2017), which adopted a darker tone, more opaque storytelling techniques, and a sterner aesthetic than the original series. This, coupled with the narrative withholding of iconic elements from the series, qualified the return promised by the season’s title. Consequently, Twin Peaks’ third season has been framed as a critique or a “refutation” [i] of nostalgia. However, it can be argued that The Return uses audience expectations and memories to trigger nostalgia in its viewers and exploit this feeling as a springboard to engage in a critical reexamination of their perception of the original series.

The word nostalgia derives from the Greek nostos, meaning “return”, and algos, meaning “pain”. Though it can mean homesickness, it can also be translated as “the pain of returning home” since nostos does not merely designate the idea of return but also carries the connotation of its impossibility[ii]. Thus, etymologically, nostalgia’s pain can be understood to derive from the impossibility of returning home. The Return manages to elicit such a response by denying viewers a return to Twin Peaks, the town, and thus, to Twin Peaks, the series.

Twin Peaks (1990) focused on FBI Agent Dale Cooper’s investigation into the murder of homecoming queen Laura Palmer in Twin Peaks, Washington. Cooper fell in love with the town and its community but eventually discovered that Laura had been killed by her father, Leland, who, possessed by an entity called “Bob”, had been raping her since she was twelve. In the second season finale, Cooper was replaced by his evil double, Mr. C, while he remained trapped in a mysterious dimension called the Black Lodge. Though he escapes the lodge at the start of The Return, Cooper loses his memory in the process and spends most of the season living the life of a man named Dougie, for whom he is mistaken. Therefore, though his likeness is present in characters such as Dougie or Mr.C, the real Cooper is conspicuously absent for most of the season. Though viewers get glimpses into the lives of beloved characters in Twin Peaks, the bulk of the plot takes place elsewhere, compounding Cooper’s absence.

After he eventually becomes himself again, Cooper manages to reach the town in the penultimate episode, and by the reunion of character and location, it seems that the old Twin Peaks is finally back. However, this reunion is short-lived since Cooper leaves to travel back in time and prevent Laura’s murder which mysteriously makes her disappear. In an ambiguous finale, Cooper crosses into another universe to find an amnesic Laura and bring her back to her home in Twin Peaks. By teasing the protagonist’s return to the setting from the original run and then cutting their reunion short, it becomes apparent that Frost and Lynch are deliberately toying with their audience’s yearning for the Twin Peaks they remember. This allows for the intrusion of elements from the original run to stand out and trigger nostalgia.

“Laura Palmer? Man, brings back some memories”, Bobby Briggs exclaims in the fourth episode of the season when faced with a picture of Laura, his late girlfriend. Like Bobby, Cooper also experiences nostalgia when he comes across items associated with his life in Twin Peaks, such as cups of coffee, cherry pies, or red shoes like the ones worn by Audrey Horne in the pilot. Audrey herself reenacts an iconic dance scene from the first season (Figure 1–2).

All these scenes share a self-reflexive quality. For instance, the picture of Laura, which makes Bobby cry was used as a background for the closing credits of the original series (Figure 3-4). Similarly, Cooper is awakened when he hears his FBI superior’s name “Gordon Cole” while watching Sunset Boulevard, an allusion to the fact that Lynch chose this name as an homage to his favorite film[iii]. Finally, Audrey dances to a song referred to as “Audrey’s Dance”. While this is the song’s title on the Soundtrack from Twin Peaks album, it was never mentioned under this name within the diegesis. This self-referential dimension suggests that such scenes are meant to trigger nostalgia both in the text, for the characters, and metafictionally, for the audience while simultaneously qualifying the legitimacy of the audience’s desire to reunite with the old Twin Peaks.

Indeed, the conclusion to Audrey’s scene (Figure 5) suggests that Audrey cannot return to her former self and that attempts to do so would feel artificial, thereby addressing the contrived quality of triggers of nostalgia in The Return. These scenes “bring back some memories” but they also suggest that returning to the Twin Peaks of those memories cannot be achieved.

As observed by Linda Hutcheon: “Time, unlike space, cannot be returned to—ever; time is irreversible. And nostalgia becomes the reaction to that sad fact”[iv]. Between Twin Peaks and The Return, twenty-five years had passed, and the season demonstrated that the town and its people had changed in the intervening years. Time also had an impact behind the lens: actors aged, writer and director’s styles matured, technology evolved, and the television market is drastically different than in the early 1990s. To put it in a nutshell: home, both within and outside the fiction, did not exist anymore. However, what made a return impossible was that home, here emblemized by the cherry pie and coffee paradise that is Twin Peaks, was a delusion.

As suggested by its title, Twin Peaks depicts a dual world. Under the veneer of a charming lumber town, Twin Peaks hides a dark underbelly where drug dealings, underage prostitution, and violence run rampant. Leland Palmer embodies this duality. He is both a respected lawyer and the host to a demonic entity; he is Laura’s seemingly loving father and her abuser. While the first two seasons managed to strike a balance between the lighter and darker aspects of the story, Fire Walk with Me, the prequel film to the series that depicted the last days of Laura, intently delved into the darkness lying beneath the town’s surface. This change of tone, which alienated critics and a part of the fandom[v], was justified by the film’s focalization: while Cooper discovered that Bob was hiding behind Leland’s façade, Laura is conscious of being raped by Bob but must realize that Bob is also her father. Thus, The Return could not replicate Twin Peaks as returning to the early seasons’ comforting style would have meant deliberately ignoring Laura’s story.

This chasm between viewers’ expectations and the need to remind viewers of Laura’s ordeal is the focus of The Return’s last metafictional callback. In the finale, Cooper brings Laura to Twin Peaks, believing that this will help her regain her memory but, when they reach her former home, they discover that a stranger who has no recollection of the Palmer family lives there. As Laura and Cooper stand confused in front of the house, a faint cry is heard: Laura’s mother is shouting her daughter’s name, a soundbite from the series’ pilot.

Hearing this, Laura seems to recall her past life. Lynch’s framing echoes a shot from the season two finale (Figure 6–7) as Laura lets out a scream which causes the lights of the Palmer house to explode. By recalling her trauma, that is, her father’s abuse and her mother’s inaction, Laura Palmer remembers that she never really had a family. Ironically for a homecoming queen, Laura cannot go home because, for her, home never existed.

One of the first lines in The Return is a piece of advice delivered to Agent Cooper: “Remember.” Memory is indeed central to the two nostoi of The Return: those of Cooper and Laura. Both entail the characters physically coming home but also their anamnesis, the recovering of their memory and identity. Similarly, within the context of a nostos to a beloved series, viewers of The Return are asked to remember Twin Peaks’s original subject, Laura’s ordeal, instead of a rosy retrospection of the series.

Far from being critical of nostalgia, The Returns encourages nostalgic experiences. Realizing the discrepancy between the idealized past as remembered and the past as accurately experienced is framed as a painful but powerful process: it brings down the Palmer house, symbol of a distorted American nuclear family and the concealment of truth. Simply put, The Return dispels memories of a Twin Peaks that never existed by underscoring the truth which structured the Twin Peaks that did exist. 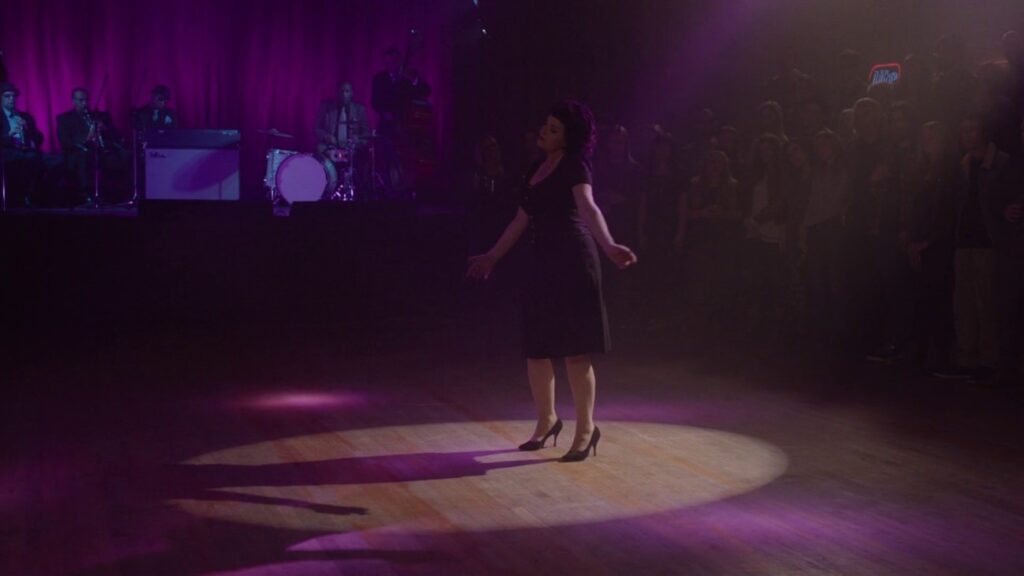 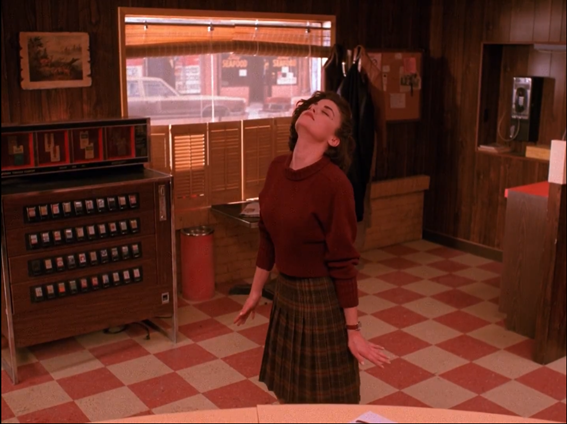 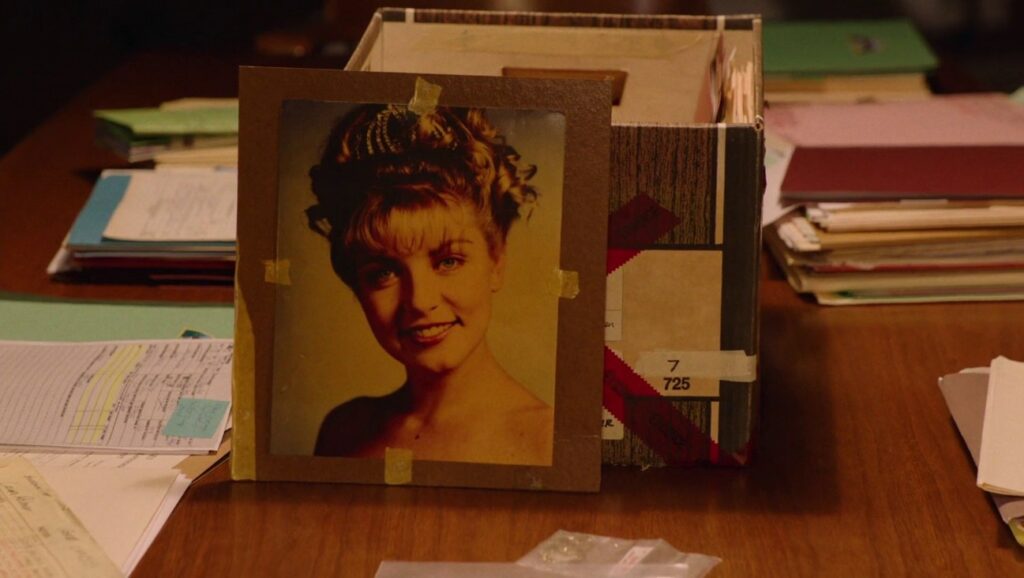 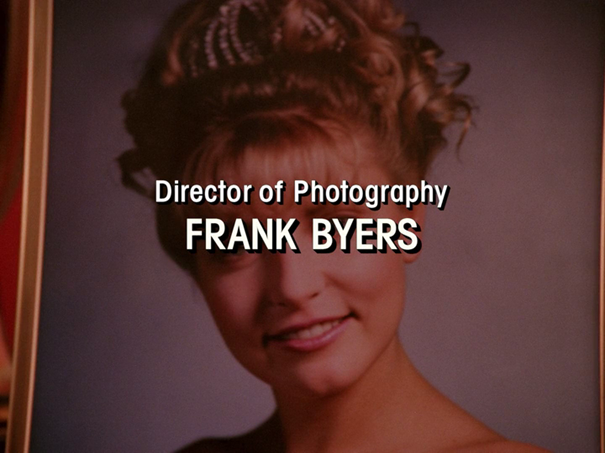 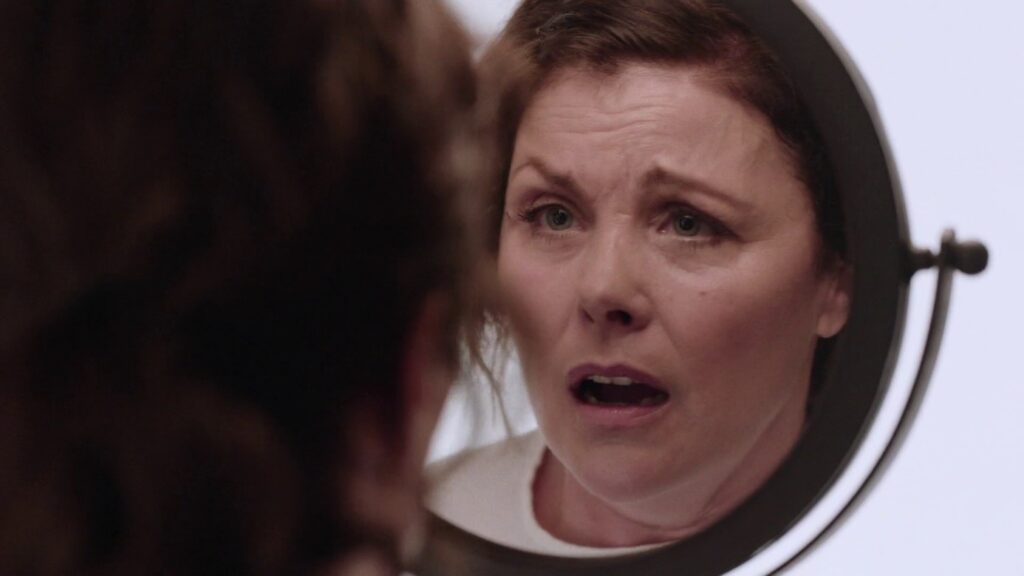 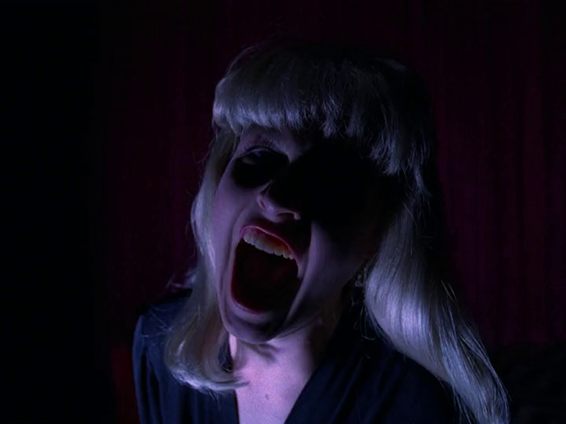 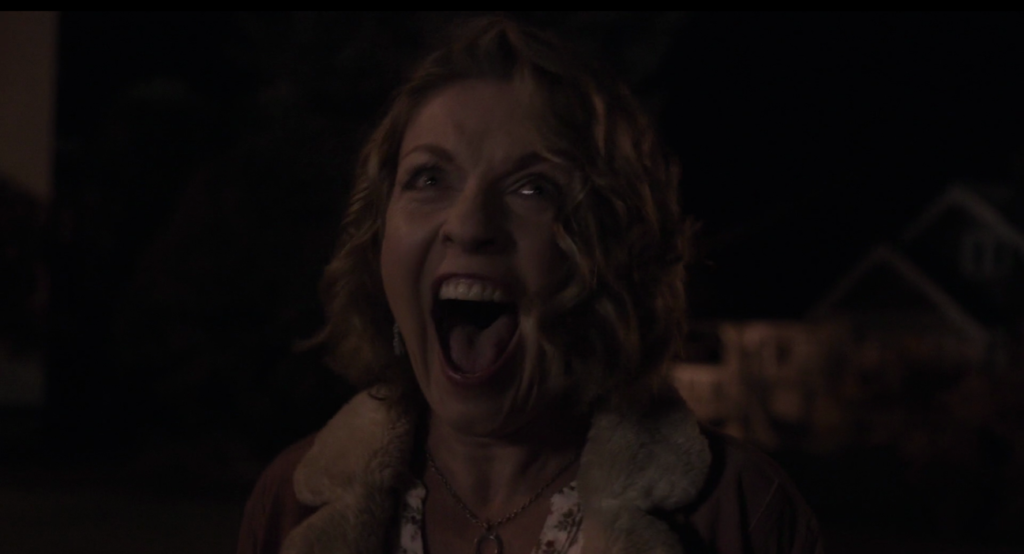 [v] Critics found the film to be excessively violent and scornful of its audience. For more information on Fire Walk with Me‘s reception, see Anthony Todd, Authorship in the Films of David Lynch, London, New York: I. B. Tauris, 2012, pp. 104–105 and Denis Lim, The Man from Another Place, Seattle: Amazon Publishing, 2015, p. 119.

The Alt Right: Trump, Terrorism and the Digital Age: Part Two
The Last Time I Saw Richard: Post-Postmodernism and the Contemporary Case for Richard Yates
Review: 'Legacies and Lifespans: Contemporary Women’s Writing in the 21st Century'