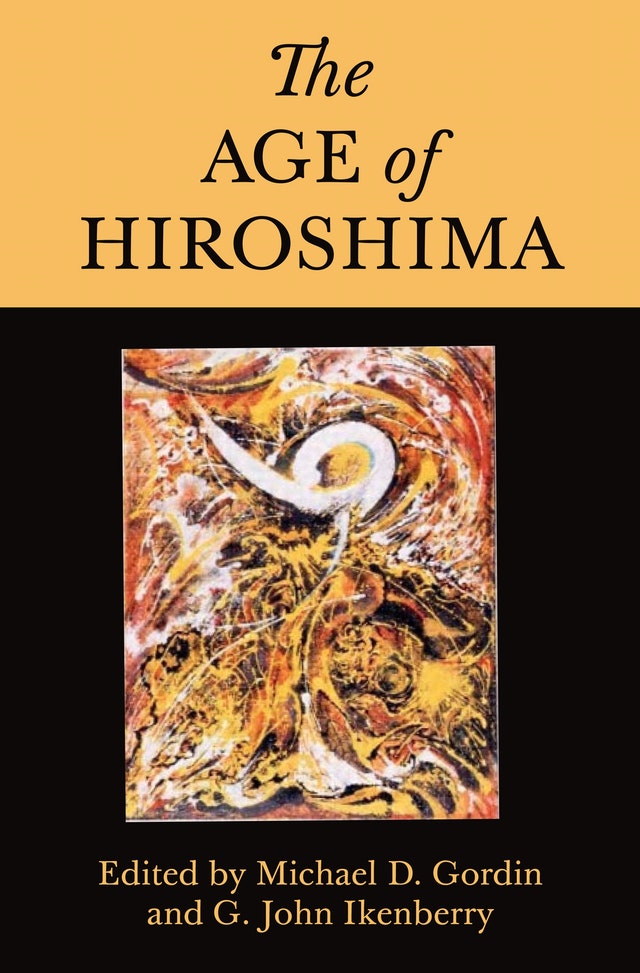 The essays chosen for The Age of Hiroshima are an attempt by its editors to, in their words, ‘unsettle’ the legacy and understanding of the bombing of Hiroshima, an act that ushered in the nuclear age. (2) This collection explores the nuclear age from a global perspective, rather than simply through the viewpoint of the Cold War. It is not only geographically broad; it also benefits from the diverse background of its authors, with contributions from historians, political scientists, and international relations theorists. One set of chapters explores the ways political and cultural contexts constrain the choices leaders can make about nuclear weapons and programs. Other chapters wrestle with the surprising fact that many pivotal questions about the nuclear age—for instance, whether deterrence works —remain unanswerable.

The book takes advantage of a rise in nuclear tensions and renewed reliance on these weapons. The nuclear sabre-rattling between former President Donald Trump and the North Korean leader, Kim Jong-Un, in 2017-18 brought the issue of nuclear weapons back into the international spotlight. In addition, the modernisation of the nuclear arsenals of countries such as the US, Russia, and China have emphasised the continuing dependence on nuclear weapons in international relations. These developments have ushered in a new era of nuclear scholarship, of which The Age of Hiroshima provides a welcome, if at times, frustrating addition. Other examples of this new wave of nuclear scholarship include Fred Kaplan, The Bomb: Presidents, Generals, and the Secret History of Nuclear War (New York: Simon & Schuster, 2020) and William J. Perry and Tom Z. Collina, The Button: The New Nuclear Arms Race and Presidential Power from Truman to Trump (Dallas: BenBella Books, 2020).

The task before the authors is, in many ways, an unenviable one. As pointed out by one of the authors, the nuclear age is not over and so drawing any firm conclusions remains difficult. The editors acknowledge that the volume is ‘not a comprehensive book’ but this, unfortunately, also means that the reader is occasionally left without clear answers to many of the book’s central questions, such as the viability of deterrence mentioned above. (5) In addition, some of the essays in the book seem to use a fair number of imaginative leaps to compensate for the fact that, in their 75 year history, nuclear weapons have (thankfully) only ever been used twice in war. For example, Alex Wellerstein’s chapter, ‘The Kyoto Misconception: What Truman Knew, and Didn’t Know, about Hiroshima’, seems more concerned with Truman’s overall attitude to the bomb, rather than what the historical evidence shows he knew about Hiroshima. Similarly, Campbell Craig’s chapter, ‘The Atom Bomb as Policy Maker: FDR and the Road Not Taken’ argues that FDR was responsible for paving the way for the bombings of Hiroshima and Nagasaki but does not provide much evidence to support his position. In Wellerstein and Craig’s defence, however, much of the early thinking about the bomb was unarticulated. As Craig points out, Roosevelt was notoriously secretive about his attitudes to the bomb which makes it difficult to draw conclusions. (22)

Despite these minor grievances, the book’s wide geographical and intellectual focus is welcomed, with key chapters shining a light on less explored areas of the atomic bombings’ legacy. For example, Sean Maloy’s chapter ‘“When You Have to Deal with a Beast”: Race, Ideology, and the Decision to Use the Atomic Bomb’ clearly establishes that race played a part in the thinking about the bomb. Similarly, Kiichi Fujiwara’s chapter, ‘Hiroshima, Nanjing, and Yasukuni: Contending Discourses on the Second World War in Japan’ provides an important analysis of the narratives surrounding victimisation, Japanese war crimes, and commemoration in the only country to be bombed with nuclear weapons. Finally, Matias Spektor’s chapter ‘Nuclear Revolutions and Hegemonic Hierarchies: How Global Hiroshima Played Out in South America’ analyses the impact of Hiroshima in an often-overlooked region and persuasively argues that nuclear scholarship should not focus solely on the major nuclear powers.

The Age of Hiroshima therefore represents a welcome, if at times slightly frustrating, addition to the scholarship on Hiroshima and nuclear weapons. Its geographical scope and wide range of contributors makes it a valuable contribution to the literature on the subject. Historians, political scientists, and international relations practitioners would all find the book appealing.

Book Review: The Sum of Our Dreams by Louis Masur
Book Review: American Hippies by W.J. Rorabaugh
Enlisting Faith: How the Military Chaplaincy Shaped Religion and States in Modern America

Dr Mattias Eken is a Quality Assurance Officer and Adjunct Assistant Professor in the School of Liberal Arts at Richmond, the American International University of London. His areas of expertise include 20th century US political and cultural history, the history of nuclear weapons, and the US culture wars. He is currently researching the development of the term weapons of mass destruction. Dr Eken received his PhD in Modern History from the University of St Andrews in 2019. He also holds an MA in War Studies from Kings' College London (2014) and a BA in History from the University of Wales, Trinity Saint David (2011).
View all posts by Mattias Eken →
Tagged  Book Review, Review.
Bookmark the permalink.