Reality Check or Business as Usual? COVID-19 and the Future of U.S. Capitalism 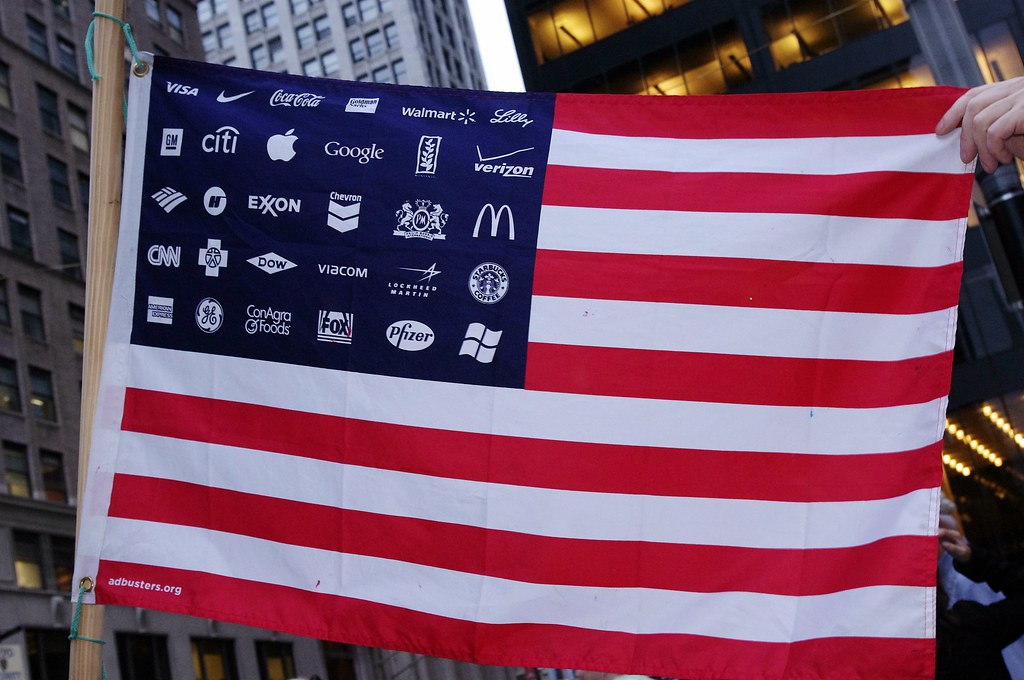 “Even Gordon Gekko now agrees that Wall Street is a fraud.” This caption marks the conclusion to a debate that started in 1987 between economist and soon-to-be labor secretary Robert Reich and Asher Edelman, a New York financier who inspired the character of Gordon Gekko in Oliver Stone’s film Wall Street. More than three decades ago, the two men publicly disagreed on the merits of deregulated markets on an episode of PBS NewsHour. When Reich likened US capitalism to “a casino game,” Edelman replied that “your idea of a casino sometimes is my idea of a very efficient business.” Revisiting this discussion in the light of recent developments, Edelman conceded that the aggressive business culture shaping US finance and management since the 1980s turned out to be detrimental. According to his updated view, “various instruments were rigged. […] It was all nonsense.”

Coming from a cult figure of Wall Street, these words illustrate an ideological sea change in a country that has long been considered the epicenter of global capitalism not only based on the size of its economy but also because of its fervent commitment to the unregulated marketplace. Unlike other Western democracies where the term “capitalism” never fully lost its exploitative connotations, US society has enthusiastically embraced it as nothing less than the economic articulation of democratic values. Thus, not only conservatives habitually decry political endeavors to reign in freewheeling market forces as “socialism.” As a case in point, a majority of US voters supported lowering taxes for the rich and cutting social benefits in the 2010 congressional election amidst a financial crisis brought on by the unrestrained self-interest of the financial elite. Even the momentum of the Occupy Wall Street movement that formed in 2011 in protest of escalating income inequality failed to effect substantial structural reform, with US finance markets soon returning to business as usual.

Now, a decade on, US capitalism seems to be in its deepest crisis yet as the pandemic unsparingly lays bare systemic deficiencies and subverts conventional economic wisdom. If nothing else, it has spelled out that no amount of personal initiative, qualification, or resourcefulness can override the fact of a shut-down economy, thus stripping the classic capitalist narrative of self-regulating supply and demand of its theoretical underpinnings. As one manifestation of the growing anti-capitalist mood the GameStop campaign of January 2021 has received much media attention. A coordinated effort by small investors, it drove up the stock value of the ailing business and derailed hedge funds set up to profit from its failure. Professional traders were quick to call for legislation in protection of such targeted manipulation, which predictably met with public ridicule given that the same occupational group has otherwise been vociferous in denouncing government interference as an immoral assault on economic freedom. And although the concrete results of the GameStop coup seem to be fast evaporating as its shares are dropping again, its symbolic appeal is enormous. Not only did it put a dent into Wall Street’s nimbus of superior competence, but it also undermined the very notion that expertise can even exist in a field that has all the hallmarks of gambling.

One of the most outspoken critics of this “gamification of the market” is Senator Elizabeth Warren. But unlike other voices on the political left, she is skeptical of simplistic narratives of “good” guerrilla investors taking on the “evil” establishment. “[P]eople are liking to tell a David versus Goliath story but are you entirely sure that’s right?” she submitted in a CNBC interview. As she pointed out, “all of a sudden, the billionaires and some hedge funds are yelling because they’re not the ones, the only ones, who make money when the manipulation works. But remember the other half of this, there are a lot of people who are going to lose money around this, a lot of money that they can’t afford to lose.” In other words, as tempting as it may be to read the GameStop gambit as a feel-good story of progressive resistance, it also shows that in the absence of a viable alternative, beating the system at its own game can come with significant collateral damage. 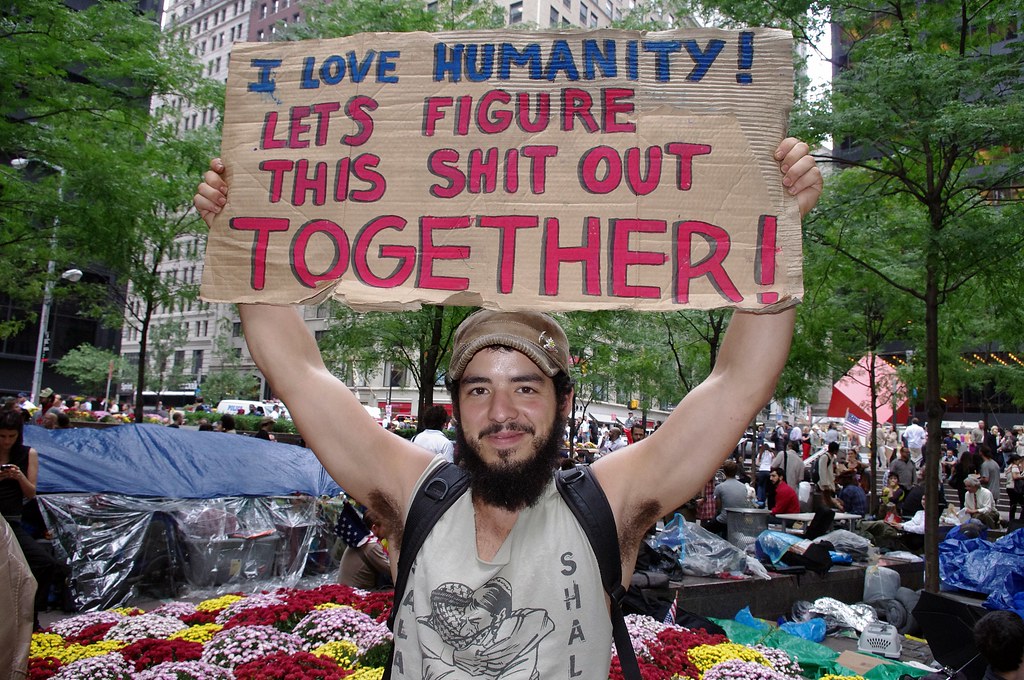 Developing such an alternative is the declared aspiration of the burgeoning cryptocurrency market. Pioneered and dominated by Bitcoin, the trade in digital tokens exploded in 2017, with the Bitcoin price rising by almost 2000 percent in the course of that year. This surge was soon followed by a sharp drop, leading many observers to declare that the heyday of cryptocurrencies was already over. Then came the pandemic, and with it a renewed boom that has pushed the value of Bitcoin and other blockchain-based assets to unprecedented levels.

The timing is not surprising given Bitcoin’s image as a crisis currency as well as an instrument of nonconformism. More often than not, cryptocurrency enthusiasts present themselves not simply as innovative investors but as moral crusaders against a moribund capitalist system, the vanguard of a revolutionary movement shifting power from institutions to individuals. In a nutshell, the common chorus goes like this: The new possibilities of blockchain technology will strip greedy banks and governments of their intrusive power by enabling peer-to-peer transactions, thus resulting in a decentralized and egalitarian economic playing field.

Needless to say, the consistency of this narrative is under debate. For instance, critics have objected that a setup in which ownership is concentrated in the hands of a small number of anonymous parties with unknown agendas renders the system inherently unstable and anything but egalitarian. Besides, by being pegged to the US dollar, the crypto market operates as an appendix rather than an alternative to the existing order. For all its battle cries of “crypto-anarchism,” it fundamentally relies on the stabilizing power of governments to provide the societal and technological framework conditions that make individual agency possible in the first place. Against this background, the movement’s ideological infatuation with deregulation, decentralization, and privatization seems rather baffling. Below its utopian vision of a tax-less and trust-less society lies a defeatist dystopian ethos that dismisses collective oversight and social obligation as categorically unconstructive, and gives up on reforming political institutions by outsourcing public trust to the impersonal workings of technology. And so, despite casting itself as an uprising against tyrannical capitalist forces, the remedy it offers is essentially a technologically powered version of the invisible hand, the ultimate anti-statist fantasy of everyone-for-themselves capitalism.

All this goes to show that in this turbulent moment in history progressive and regressive impulses are not always easy to differentiate. As for Robert Reich, he remains optimistic that America will successfully address its economic problems. But that would first require discarding the ubiquitously invoked dichotomy of regulated versus unregulated markets. “Few ideas have so profoundly poisoned the minds of so many as the notion of a ‘free market’ existing somewhere in the universe into which the government intrudes,” he commented in the 2017 documentary Saving Capitalism: For the Many, Not the Few. “There is no such thing as a free market without government making the rules of the game.” At the end of the day, neither technological innovation nor isolated acts of symbolic protest are likely to redefine these rules if not accompanied by a deeper revision of cultural tenets and values.

Spaces of Empire: Two Early Modern Views from both sides of the Atlantic
Penetrating the “Pink Wasteland”: Gender and Environmentalism in Edward Abbey’s The Monkey Wrench Ga...
Celebrating Neutrality? What We Can Expect from America's Ongoing Centennial Commemorations of the “...

After studying North American literature, Russian literature, and musicology at the University of Hamburg and UC Berkeley, Olga Thierbach-McLean earned her doctorate in American Studies at UHH. Her main research interests are in contemporary U.S. politics and particularly the intersections between politics and literature, in American Transcendentalism, the intellectual history of liberalism, and dystopian fiction. Currently, her projects are focused on the cultural appropriation debate as an aspect of American political exceptionalism and on the reimagination of the cyberpunk genre as social criticism. Olga Thierbach-McLean is an adjunct lecturer at the University of Hamburg.
View all posts by Olga Thierbach-McLean →
Tagged  America Now, American Culture, Economics.
Bookmark the permalink.