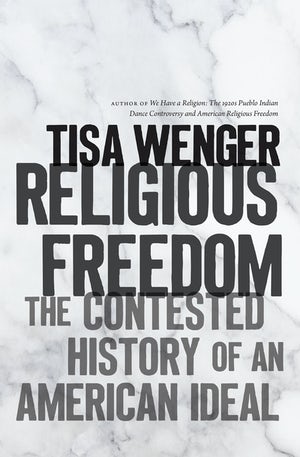 By recounting pivotal events of the Unites States imperialistic expansion through the lens of the religious-ideological struggle which informed them, in Religious Freedom: The Contested History of an American Ideal, Tisa Wenger explains how the ideal of religious freedom has been a part of the discourse of the United States’ dominant ethnic group, white Anglo-Saxon Protestants, as well as a tool deployed by the ‘many people who wanted to locate themselves as equal partners in the American experiment – and to transform themselves into actors, rather than subjects of the imperial modern’ (34). Thanks to the extensive use made by the religious right in the second half of the twentieth century, the supposed threat of infringement to citizens’ right to religious freedom has become a staple of conservative discourse. Behind it, however, is the attempt at both maintaining a distinct separation between various groups in the United States and the prevailing predominance of the white conservative Christian identity.

Drawing from Deleuze, Wenger posits that ‘[race], gender, sexuality, class, and religion are interlocking assemblages, forged and sustained through the discourses, institutions, and material relations of daily life as intersecting models of classification and control’ (3). Following this premise, Wenger identifies one of the first cases in which the religious freedom ideal was exploited to justify imperialistic purposes: the Spanish-Cuban-Filipino-American war for the control over the Philippines. In the first two chapters, the author explains how religion, and especially the contraposition between the supposedly religious freedom-protecting Protestantism and corrupt Catholicism, served to advance the manifest destiny of North American expansionism.

Starting from the second chapter, which focuses on the relationship between United States imperialistic colonists and the Catholic and Muslim Filipinos (or Moros), the author exemplifies how the ideal of religious freedom passed from being solely an attribute of the colonisers’ discourse, which justified their civilisation enterprise, to become a tool through which subject populations attempted to claim the legitimacy of their own faith. This becomes especially evident in Chapter Three, focusing on two spiritual movements spread throughout Indian communities since the end of the nineteenth century — the Shaker and the Peyote practices. She recounts how the leaders of those movements appealed to the religious liberty-based arguments and incrementally adopted Christian elements to make their creed more palatable to the Bureau of Indian Affairs, only to be subject to radical restrictions to their spiritual behaviour.

The problematic role assumed by religious freedom in the imperialistic attitudes which sustained United States history is explored in a crescendo which culminates in the book’s last chapter. Here, Wenger recounts the deployment of the religious freedom talk in relations between white and black citizens in the country, with particular attention to abolitionists, slavery defenders, and African Americans. If ‘[religious] freedom talk provided African Americans with one way to assert their full humanity against the dehumanising civilisational assemblages of the dominant society’ (189), publicly, religious freedom remained an attribute of Protestant white citizens. This happened because, rather than concerning freedom of worship, religious freedom is a constitutive part of the imperialistic assemblage which sees the white coloniser as the carrier of freedom and civilisation to less developed races.

Wenger’s work is part of a recent resurgence in scholarly interest in the role of Christian religion in American public life. Several authors investigated the mythology surrounding the founding and growth of the United States, and on the preeminent spot occupied by religion in the creation and diffusion of these myths (see Sehat’s 2011 The Myth of American Religious Freedom and Green’s 2015 Inventing a Christian America). Furthermore, studies have been conducted on the implication of the inevitable association between religious belonging, racial relations, and the so-called ‘culture wars’ (such as Campbell and Putnam’s 2010 American Grace), contributing to the rich current of literature investigating the elements concurring to the process of identity formation and boundary-marking in the country (crucial in this regard is Theiss-Morse’s 2009 Who Counts as an American? and Jardina’s more recent 2019 book White Identity Politics).

Wenger’s book positions itself at the conjuncture of two macro-categories of investigation: one concerned with the religious history of the United States, and the other pre-eminently focused on the coexistence of different identity groups in the country and on their struggles to obtain dominance, or even mere recognition. Through the concept of racial-religious assemblage, the author convincingly connects one of the nation’s foundational myths — religious freedom — and its crucial role in the formation and predominance of white Protestant identity, to the imperialistic endeavours which punctuated the history of the nation. A crucial argument of her book is the deployment of religion on both sides: oppressed groups and colonisers. Despite the attempt at claiming full American identity, in fact, talk of religious freedom never really succeeded at guaranteeing minorities equal status, and was in the end always regarded as a trait of white Anglo-Saxon Protestant identity. Especially at this particular moment, Wenger’s work is a fundamental read for anyone who wants to gain a historical perspective on how Christianity has been exploited to create and maintain intergroup boundaries in the United States.

Chiara Migliori earned a Ph.D. at the Graduate School of North American Studies of the Freie Universität Berlin with a dissertation titled "'We're Saying Merry Christmas Again': Donald Trump as the Savior of White Conservative Christian identity". Her research focuses on the reasons behind the support granted to Trump in the 2016 election by white conservative Christian voters, and has been conducted through qualitative individual and peer-group interviews with voters and members of religion-based lobbies and advocacy groups.
View all posts by Chiara Migliori →
Tagged  Book Review, Freedom, Religion.
Bookmark the permalink.