“Do Not Forget your Dying King”: Oliver Stone’s JFK and Popular Memory 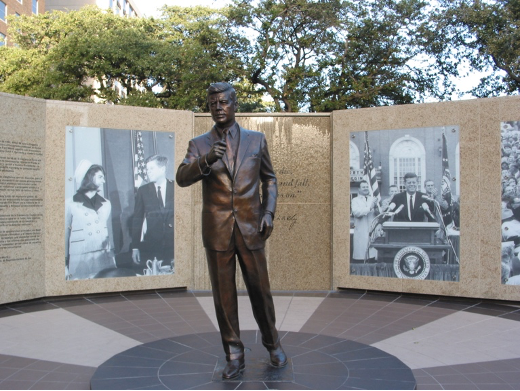 Stone’s interpretation of Garrison’s efforts to convict a businessman with conspiracy to assassinate Kennedy remains as divisive now as when the film was released in 1991. Although the fierce debates over the historical accuracy of the film provide a fascinating glimpse into the power of movies to inform audiences of their history, JFK has rarely been interpreted as a memorial to President Kennedy.

While Michael Hogan argued that books and thousands of statues, murals and roads deified Kennedy across the world[i], Oliver Stone’s JFK stands as perhaps the greatest reflection of how the post-Second World War generation of Americans remembered Kennedy, and offers a unique insight into how historical dramas help modern viewers understand their past.[ii] As Jessica Sibey writes, “films can be memorials as well” because “they can become the repository of a person or event that has the integrity of historic truth but is nonetheless filtered and framed by the present ceremonial situation.”[iii]

JFK deserves consideration alongside the more typical memorials across the country that contribute to the nation’s collective memory of Kennedy. America in 1991 was a deeply divided and stunned nation reeling from years of government abuse of power. In the early 1960s, nearly 80 percent of Americans claimed to trust their government.[iv] However, due to the prolonged and agonising conflict in Vietnam, trust began to slowly erode before tumbling irreversibly following the Watergate scandal.

Stone became convinced that the turmoil of the era was a result of Kennedy’s assassination and the reversals of his consensus politics and more diplomatic foreign policy, which included withdrawing all US military personnel from Vietnam. Stone referred to Kennedy as “the godfather of my generation and his death was, in a sense, the end of the old liberalism,” meaning that Kennedy’s death ruptured the innocence of the immediate post-war generation that witnessed meaningless conflict in Vietnam and institutionalised government deceit.[v]

Yet, Stone was not alone in this idealistic interpretation of what Kennedy’s death meant to the nation. While many historians dispute and support Stone’s contention about Kennedy’s plans had he lived, particularly in regards to Vietnam, in 1983 a slim majority, 40 percent to 37 percent, believed Kennedy would have avoided war in Vietnam while 65 percent of Americans believed that “society would have been much different” if Kennedy had survived. Thirty percent of Americans voted for Kennedy when asked “of all the presidents we have ever had, who do you wish were president today?” far above FDR in second place with 10 percent.[vi]

Multiple surveys found that many Americans disenchanted by recent American history held Kennedy in high regard. In 1975, one year after Nixon’s resignation, when Gallup asked respondents to name the three greatest presidents 52 percent ranked Kennedy first, this increased to 56 percent in ten years later and although only 39 percent ranked Kennedy the same way in 1991, the year JFK was released, he was second only to Lincoln on 40 percent.

The Harris polls assessing popular opinion on the greatest of the most recent presidents displayed similar levels of support for Kennedy, where he was often statistically tied with Franklin Roosevelt, who led the country through the Great Depression and World War II.[vii] Younger Americans who had few if any memories of the Roosevelt era could have been overwhelmingly included in many of these polls, but it was to this younger generation that Stone dedicated JFK.

Regardless of polling methodology, the figures clearly demonstrate that after his assassination, many Americans memorialised Kennedy as a great president whose death ruptured the peaceful world he was creating. Although perhaps a simplistic understanding of history, it is difficult to ignore the historical timeline of Kennedy’s death in 1963 being followed by the significant escalation in the Vietnam War by 1965, Watergate in the 1970s and the Iran Contra scandal of the 1980s. American perceptions about Kennedy were clear and Stone needed little effort to convince audiences about Kennedy’s ostensible greatness.

JFK depicts sharp contrasts between Kennedy and his successors, particularly Lyndon Johnson, and this serves to present Kennedy to the audience as a great leader. The gripping prologue of the film shows Kennedy refusing to order the US military into Cuba after the Bay of Pigs disaster and iterates Kennedy’s claims the CIA “lied to him” and “tried to manipulate him into ordering an all-out American invasion of Cuba.” Kennedy is also seen reaching an agreement with Krushchev that ended the Missile Crisis and prevented nuclear war, suggesting to journalist Walter Cronkite that he would not launch a full-scale conflict in Vietnam, and presenting his so-called ‘Peace Speech’ at American University.

Nearly halfway through the film, in one of its most compelling sequences, the mysterious informant Mr. X (Donald Sutherland) informs Garrison that Johnson quickly reversed Kennedy’s policies to withdraw from Vietnam. The film cuts to an unsettling though fictional scene in which Johnson, menacingly covered by shadows, reveals his motivations for starting the war: “just get me elected,” he tells a group of generals in the Oval Office, “I’ll give you your damn war.”

Kennedy’s greatness is heightened further in the film’s climatic court scene when Garrison launches a visceral attack on the federal government and identified the Kennedy assassination as the moment the federal government surrendered its integrity. Garrison, or rather Oliver Stone, identifies the “most direct and tragic result” of the assassination as “the reversal of President Kennedy’s commitment to withdraw from Vietnam,” the origins of post-war distrust in government.

Alongside Vietnam, he suggests that Watergate was also a direct result of Kennedy’s assassination by describing Johnson and Nixon as “the two men who profited most from the assassination.” Had Kennedy lived, Stone contended, Johnson would never have been able to unleash his hawkish foreign policy in Vietnam and Nixon would not have been able to nearly destroy the democratic process with Watergate.

Although perhaps historically tenuous, these claims importantly reflect the opinions of Americans at the time who had lived through these crises of confidence in their government and believed that Kennedy would have prevented them.

In other words, Stone had memorialised Kennedy as a great leader who stood as the protector of humane American foreign policy and the institutional processes. JFK, therefore, should be considered as a memorial to President Kennedy because it encapsulated the collective memory of Americans in the years immediately following Vietnam, Watergate and, to a lesser extent, the Iran-Contra scandal.

Modern viewers removed from the shock of these events do not rate Kennedy as highly as Americans in the 1970s through to the 1990s.[viii] Additionally, the modern traumas including Iraq, the 2008 financial crash, and the Covid-19 pandemic present challenges that are far removed from the crises of Stone’s generation and are not relevant to Stone’s memorialisation of Kennedy. Similarly, the meaning of Kennedy’s assassination for America has been repeatedly questioned in films and TV series since 1991, including most recently in season two of The Umbrella Academy (2020).

Yet, Stone’s movie stands as a pioneering memorial to Kennedy because of its raw emotion and unequivocal assertion that Kennedy was a heroic figure whose tragic death mired America for Stone and his generation.

JFK continues to perpetuate a memorialisation for modern Americans that was the basis for the thousands of memorials to Kennedy that emerged as America seemingly descended from the heights of Camelot to the depths of Watergate. 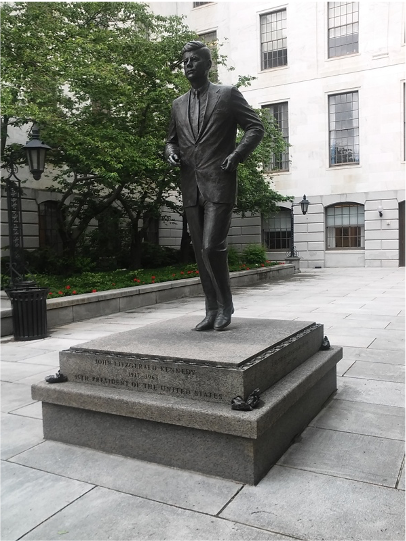 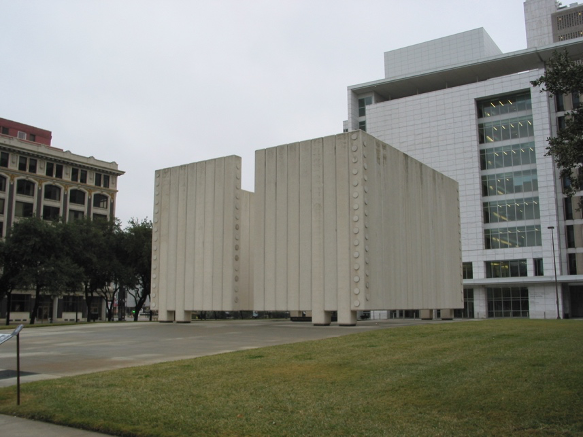 [i] “Where in the World is JFK?” JFK Centennial, The John F. Kennedy Library Foundation, https://jfkcentennial.org/where-in-the-world-is-jfk.

I am Fatima: Negotiating Identities in Contemporary American-Muslim Women's Writing
White American Women in Paris and the Life of Literary Modernism
Women's Emancipation in Mohja Kahf's 'Emails from Scheherazad' (2003)

Samuel Taylor is currently researching local commissions on the status of women for his History PhD at the University of Manchester. His other research interests include the Kennedy presidency, history and film, and modern British history. https://www.research.manchester.ac.uk/portal/samuel.taylor-2.html
View all posts by Samuel Taylor →
Tagged  Hollywood, JFK, Memorials and Popular Memory Series.
Bookmark the permalink.