Event Review: HOTCUS PGR and ECR Conference 2020: ‘America at and beyond the ballot box’ (Online)

Co-organised by Tim Galsworthy and Lizzie Evens, ‘America at and beyond the ballot box’ invited scholars to examine the ways in which values and ideologies are framed in both policymaking, political rhetoric, and popular discourse, with specific regard to citizenship, suffrage, and the marginalisation of under-represented minority groups. The conference served as an intriguing preface to the upcoming presidential election, calling for roundtable discussions of historically definitive elections and case studies of exclusionary politics and governmental decision-making. Structured to combat the all-too-relatable Zoom fatigue, attendees were provided with pre-circulated conference papers as well as a pre-recorded keynote address, allowing all participants to engage in thought-provoking Q&A-based dialogue.

It has been argued that annual events could just as easily be cancelled, rather than adapted to an online format, but realistically, the conference provided postgraduates and early career researchers with a critical opportunity to not only refamiliarize themselves with specific facets of their research in a constructive and nurturing environment, but also to connect with colleagues possessing similar and overlapping research interests. Moreover, mindful of the ubiquitous concerns surrounding remote teaching in the context of COVID-19, the conference also offered a development panel to offer insight into the world of virtual instruction. While discussions ranged from tried and true methods of merging lectures and seminars to comparing and contrasting the benefits of synchronous and asynchronous teaching, roundtable participants unanimously emphasised the need to support students and maintain academic integrity through varied approaches to teaching remotely, particularly at a time when political divisiveness and rumours of a second wave abound. 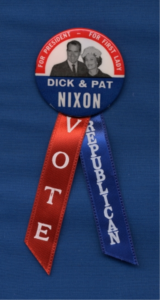 From ideas campaigning efforts and courtroom proceedings to debates on moral uprightness in politics and government, this conference facilitated rich discussion and yielded promises for forthcoming analysis. At times, analyses of twentieth-century happenings seemed more applicable to modern affairs than most of us would prefer. For example, in a discussion of the beloved sitcom patriarch Archie Bunker, Oscar Winberg (Åbo Akademi University) explained how and why Americans have historically pushed back when celebrities advocate for political candidates, a concept that has plagued NFL Quarterback Colin Kaepernick since 2016, when he first used his platform to highlight ongoing racial injustice in the United States. Similarly, in an analysis of American intellectuals in the 1952 election, Andrew Snodgrass (University of Cambridge) explained that the ‘us versus them’ mentality associated with the political leanings of intellectuals and working-class individuals tends to come in phases based on international relations and contemporary issues. Indeed, what voters expect of a candidate and the standards that voters are willing to accept are dependent on a variety of factors, which are typically defined by the concerns that characterize the era. Furthermore, as Elizabeth Rees (University of Oxford) determined, First Ladies are not excluded from the ‘electability’ equation. Indeed, the role of First Lady became increasingly visible in the early twentieth century, and as such, specific demographics demand specific projections of the image of First Lady and conference participants did not hesitate to test Rees’s conclusions with comparisons of Melania Trump and Dr. Jill Biden. 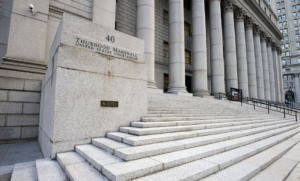 Other panels similarly engaged with the utter contentiousness that currently epitomises American politics, and while the upcoming election makes it difficult to speculate about the future direction of policymaking, scholars at least hinted at a hopeful future with more data, more analysis, and more clarity. In a trifecta of presentations that attempted to reconcile political rhetoric against contemporary social issues, Esther Cyna (Columbia University) highlighted the abuse of school budgets in the rural south by using rich data to trace patterns of disenfranchisement and gerrymandering. Explaining the tax allocations dictated by standardized testing results as a continued form of segregation, Cyna challenged conference attendees to contemplate how inequity is ingrained in America’s social hierarchy, ultimately setting the stage for Jak Allen (University of Kent), to explore the qualities that make a ‘desirable’ citizen. While many would agree that American immigration procedures are far from ethical and impartial, especially in light of recent allegations of human rights violations committed against detainees by ICE, Allen emphasized the difference between humanitarian attitudes in the community and perspectives on immigration in the court room, noting how moral citizenship often aligns with immigration quotas. Similarly, Stephen Colbrook addressed the pandering of political representatives who often need to toe the line of bi-partisan interests in their approach LGBT activism, stressing how candid confessions of support often only serve to alienate helpful allies. While the panel as a whole perhaps left us with more questions than answers, each scholar made it very clear that the upcoming election will have an enormous impact on inclusion, equity, and equality in American culture and society. 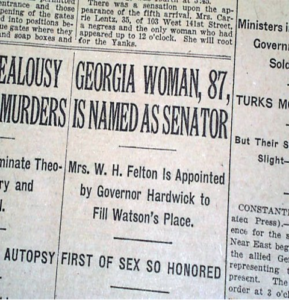 Continuing the theme of inclusion versus exclusion in American policymaking, a third panel addressed the long and often  tumultuous struggles of race and suffrage. Laura McNabney (University of Strathclyde) and Jeanine Quené (University of Cambridge) complemented one another’s work in an investigation of the parallel timelines between suffrage and lynchings and, in a contemporary setting, the links between conservative white women and the fight for Black rights, tracing the complicated history of gender and race from slaveholding women to so-called ‘Karens’. Capped by Valeria Carbone(University of Buenos Aires), who argued that America is on the verge of a new civil rights movement, scholars reached a consensus that past social justice successes have ultimately obscured contemporary issues.

Concluding an event coloured by conversation on the polarization that has historically and contemporarily characterized the American political landscape, Professor Iwan Morgan situated the keynote address within the broader context of contemporary partisan issues. In his discussion of Franklin D. Roosevelt and the ‘public presidency’, Professor Morgan explained that since the 1960s, the decision for elected officials to ‘go public’ has deviated from a once genuine attempt to connect with and inform the American public and become increasingly fuelled by a desire for enhanced public approval ratings. Admittedly, Roosevelt was aware that his overall success as a political leader was dependent upon winning the favour of the electorate, and much of the value that the president placed in radio broadcasts came as a direct result of the fact that the use of the airwaves negated the potential for misquoting or misrepresentation inherent in newspaper coverage. However, FDR’s series of fireside chats were seemingly born out of the president’s desire to communicate in basic terms with his listeners, openly explaining his policies, quelling rumours, and comforting and assuring millions of radio listeners in a time of extraordinary uncertainty. Average Americans were made to feel as though they had been granted intimate access to the innerworkings of the president’s administration, a feat that Professor Morgan argues very few of his successors have managed.

In curating a conference around the theme of America’s relationship with the ballot box, specifically within weeks of an election that will undoubtedly define a generation, the organisers created a space for participants to share the stories of underrepresented, marginalised, and competing social groups. The conference certainly facilitated an open, honest dialogue on how far America has come and how far America still has to go in order to fully guarantee liberty and justice for all; However, the challenge now becomes transitioning conversation to action.

Megan King is a doctoral candidate at the University of Kent. Her academic background includes programs in language and linguistics, terrorism analysis, and historical research. Her current research project at the University of Kent centers on the mechanisms of nonviolent action utilized by patriot organizations in the decade preceding the Revolutionary War. She also serves as the publicity editor for the Pubs and Publications blog
View all posts by Megan King →
Tagged  Conference Review, History, HOTCUS, HOTCUS PGR Conference.
Bookmark the permalink.