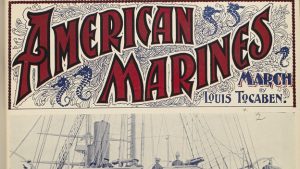 December, in London, awash with city folks and sightseers ready to be enthralled at the spectacle of the Christmas lights and Oxford Circus. Near St Pancreas lies a library which holds the largest collection of American Literature outside of the United States. Here in the Eccles Centre for American Studies was the British Association of American Studies Post Graduate conference of 2019. The theme for this year’s event was “Communicating the United States”, with the mission to explore how the United States has been described to itself and to the world. Scholars rose to that unique challenge, submitting papers with themes ranging from American colonial expansion in the Philippines to Ghost Rider’s Latin roots; titles of papers included “#Blacklivesmatter and Activism Between Media, Fiction and Memoir” and “Congressional Primaries: The rise of ideology in Intra-Party contests”.

Over the two days many scholars at various stages of their academic careers joined their peers from as far as the USA, by way of Holland, Germany, Italy and France, with UK scholars from the length and breadth of the country: Kent, Oxford, Cambridge, Hull, Leeds, Liverpool, Sussex and Nottingham. Given the exciting range of papers and topics for the event, choosing which panels to attend was difficult.  It is a testament to a carefully crafted conference, organised by Tim Galsworthy, University of Sussex, and Lauren Eglen, University of Nottingham, that each session, rich with thought provoking papers, made it difficult for the attendees to choose which one to join. Nonetheless, the thematic threads of “communicating America” were drawn together through each session, with the conference culminating in an exceptional Keynote address by one of Nottingham’s own history PhD candidates, Lucy Mounfield.

I first decided to join a panel on Representing Race from Inside and Out. Heather Hatton’s (University of Hull) paper on “Sir William Johnson’s image of Indigenous North America” identified the manner by which Sir William associated with Indigenous people of the northern continent. What followed was an early exemplar of cultural appropriation as Sir William moved from learning customs to asserting dominance. Sarah Smeed (University of Kent) spoke on The role of travel literature in shaping the ancestry of Native Americans in the Eighteen Century. Her paper and her thesis were fascinating; for instance, many travellers to the Americas in the Eighteenth Century believed that native Americans were dying their skin and believed that these people were originally white. Smeed’s paper was full of such examples of imperial and racist thinking by travellers of the time; through this evidence, Smeed made visible the beginning of the construction of skin colour as the site of Otherness. Lastly in this panel, Francesca Humi (London School of Economics) presented a revealing paper on American expansion and colonisation of the Philippines. One of the most insightful parts of the paper was Humi’s exploration of the ways that American propaganda portrayed native Filipinos within the United States itself: seeking support for the war, and echoing paternalistic approaches to Black emancipation in the antebellum Reconstruction period of the United States, journalists and lawmakers employed cartoons and pamphlets depicting Filipino people in similar racist terms to those they had used to describe African Americans. In this imperialist vision, Filipinos became former “savage” people in need of white education and religious uplift. 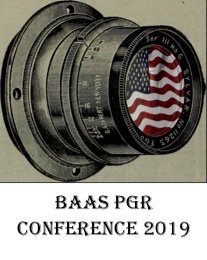 During the breakout session we heard from Sinéad Moynihan, co-editor of the Journal of American Studies. She generously shared advice on the best approaches to paper submissions and getting published. Her presentation was valuable to old hands and fresh faces alike, as she suggested that perseverance is a lesson we all need to remind ourselves of. Most importantly, she reminded us all to readthe journal we are interested in submitting our work to. Following Moynihan was Pay Gordon-Smith, Commissioning Editor from UCL, who introduced the attendees to the publishing arm of UCL and its efforts to drive down the costs of publishing academic pieces. UCL’s progress in this respect is a hopeful beacon for those with aspirations to see their work in print; for those seeking such an avenue, the publishing programme from UCL is open to all.

The last session of the day was Narrating Protest, Identity and the Self, where participants first heard a paper from Matthew Thorne (Hull University) on Black Memoir and the Prison Industrial Complex. This contribution highlighted the use of black memoir as a form of resistance. Drawing on the memoir Cuz by Danielle Allen, Thorne highlighted the inequities suffered by minorities in pre and post prison environments, and described the challenges minorities face in forming identities within prisons and during phases of post-prison alienation. Francesco Bacci (Freie Universität Berlin) took a more contemporary look at activism as portrayed in the media, engaging in an analysis of the television show Dear White People,  and the novel The Hate U Give by Angie Thomas, as well as the memoir On the Other Side of Freedom by Deray Mckesson. Lastly, Mike Cowburn (Freie Universität Berlin) gave a compelling view of The rise of ideology in Intra -Party contests. He presented a fascinating map which outlined the differing approaches between Republicans and Democrats in congressional primaries, using data since Obama era primaries.

With the first day behind us, a strong cohort of thirsty scholars “found” their way to a local watering hole to continue conversations, form new friendships, and share their thoughts. An informal breakout session always has merit, whether you drink or not; the beer and the wine is rarely the key to such relaxed affairs at conferences. What is important is the opportunity to share your experiences with your peers beyond the confines of the more formal setting of the Q&A.

The second day started with Communicating through Memory. Fraser McCallum (Liverpool John Moores University) provided a stunning recounting of the various portrayals of the Kennedy assassination on film. In his paper Shooting Kennedy: The Kennedy Assassination and the Movies, McCallum began with the film that could be said to have started it all, the 8mm amateur footage known as the Zapruder film. These brutal images of the murder of an American President, dating from 1963, carried a view advisory warning from Fraser prior to the showing – they were not for the faint of heart. Fraser, engaging to the last second of the Q&A, walked his audience through the many machinations of the assassination on screen. To this day, he emphasised, cinematic depictions of JFK retain an enduring fascination and provide imaginative fodder for films goers and film makers alike.

Lucy Mounfield’s (University of Nottingham) keynote, “New Media, [Mis]-Communication and [Mis]-Translation: Whose America Is It Anyway?”, could be described as a quest to answer that very question. Beginning with her own mystery, Lucy presented a photograph of a tattoo: a tattoo of a woman holding a camera, the tattooed camera taking a photo of what could have been reasonably interpreted as the viewer of the tattoo. Thus began her captivating keynote and exploration of amateur photographer Vivian Maier. Mounfield’s keynote was engaging, well researched and fitfully funny; at one moment she mentioned the test of knowledge required to become member of the Vivian Maier official fan club. “I am a member,” Mounfield gently quipped, her credentials clearly evidenced in the content of the talk itself. In the second half of her paper, Mounfield delved deeper into the legacy of Maier’s photographs and their impact on popular culture.  Mounfield explained that online sources have often renamed and socialised these photos beyond the context that Maier had set for her work; in this way, Maier’s invaluable image continues to be curated and re-created in a contemporary setting. Mounfield’s research is central to that ongoing discussion.

The final sessions of the day concluded with Race and American Womanhood. In the first paper, Charlotte James (Nottingham University) discussed Portrayals of “Black American womanhood through representations of Harriet Tubman and Sojourner Truth”. This paper was fantastically well researched, leaving most reaching for pens and paper to take down the flurry of references in support of her argument. James covered significant ground to deliver representations of both Tubman and Truth that are counter to the popular narratives. Her paper was a highlight of an eventful conference.

Given the relative isolation we all find ourselves in at present it is with fond memories that I recall the conference, the importance of community of like minded thinkers for encouragement and inspiration, this event held that precious alchemy of insight and education that resulted in renewed vigour and application in our own research and areas of study – this is the sign of a triumphant conference.

Matthew is a PhD Candidate in American Studies at the University Of Hull. His primary research focus is Activism and Identity in the Contemporary American Novel.
View all posts by Matthew Thorne →
Tagged  Communications, conference, ECR, PGR, Review.
Bookmark the permalink.