Patient Zero and the Making of the AIDS Epidemic by Richard A. McKay 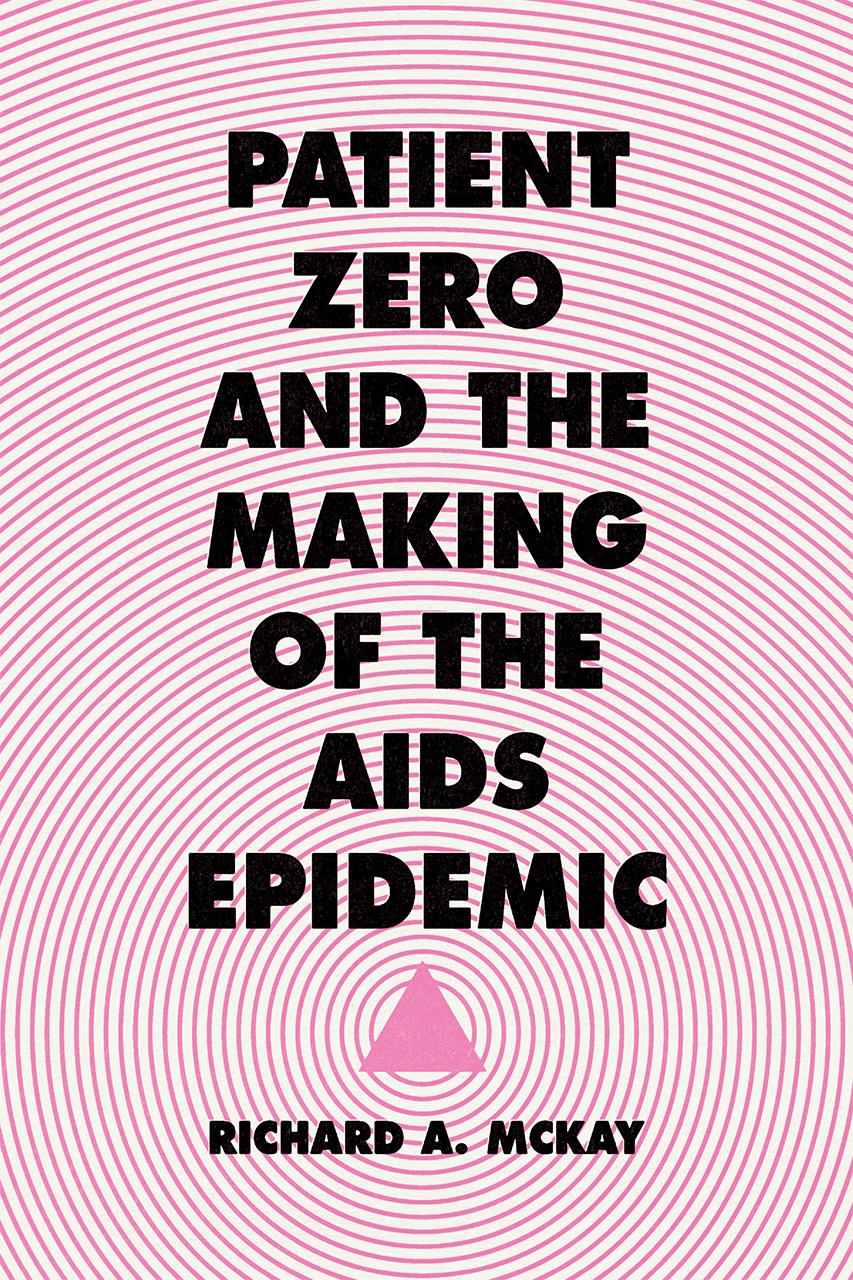 Richard A. McKay’s Patient Zero and the Making of the AIDS Epidemic is a social history of the early days of the AIDS crisis in North America built around the harmful myth of the “patient zero”. The book contextualizes the story of Gaétan Dugas, the French-Canadian flight attendant who was vilified as the origin of the disease. In a larger history of scapegoating in times of epidemic, McKay’s book delves into Dugas’s personal life as well as the role played by Randy Shilts’ And The Band Played On (1987), the first popular account of the crisis.

Because of its broad scope, McKay’s study should be of interest to scholars of the post-war US and Canada, historians investigating disease, but also those working more generally in Media Studies, since Shilts’ book and the media’s treatment of the epidemic are so central to his work.

McKay disseminates the idea of “patient zero”, a concept now familiar to us that only came into use during the early 1980s, when an environment of fear and paranoia surrounding AIDS led to the perpetuation of the idea that the epidemic did not only have one singular origin, but that it was also spread with malicious intent. In his first chapter, McKay delves into the centuries- old mechanisms of placing blame on minorities (such as the Anti-Semitic claims of well-poisoning as the reason for the black plague in Europe) as the background for the framing of AIDS as the “gay plague”. The chapter is made even more powerful by an analysis of the conflation of beauty and horror/danger that is inherent to Shilts’ characterization of Dugas and that has an equally long medial history, as well as a comparison to “Typhoid Mary”, another near-mythical figure in the history of disease. His in-depth study and criticism of an early cluster study on AIDS by the CDC are then juxtaposed with this and work well to expose its structural failings and inherent homophobia, something equally present in earlier studies of venereal disease in the post-war USA. McKay gets across a powerful message of how the findings of this fraught study would continue to influence both the public and the professional understanding of AIDS for decades to come – not least of all because the study was the source for the myth of “patient zero”.

As convincing as the first half of the book is, however, the second half is more uneven. While the dissection of Randy Shilts’ work is important and ultimately well-written, McKay seems to fall into the same trap that he accuses Shilts of falling into. While he can convincingly argue that Shilts purposefully vilified Dugas as a ruthless perpetrator of the disease in order to get better publicity for And the Band Played On (something that the media more than readily picked up on), it is not quite convincing to this reader why this argument had to be made with the help of an in-depth dive into Shilts’ personal life and speculations about his psyche. Granted, McKay also attempts the same for Dugas, but the overall picture still seems to paint Shilts as the villain and Dugas as his victim. While Dugas was certainly purposefully scapegoated, the blame cannot be placed on Shilts alone. Whilst this is a point McKay argues in the rest of the book, some of his writing left this reader feeling a little uneasy.

Yet, the personalization, and thus humanization, of these accounts also ultimately add depth to his study. The scope of McKay’s work is huge, and the many interviews he conducted benefit it greatly. A list of them can be found in the book’s appendix and these interviews have been digitally in the British Library Sound and Moving Image catalogue (http://sami.bl.uk/), providing a helpful resource for future research into the subject. His transnational account of the early years of the AIDS crisis (largely motivated by Dugas’ French-Canadian heritage and his job as a flight attendant) also provide a seminal study of Canada’s side of the epidemic. Generally, as LGBT history in general, academic accounts of the AIDS crisis are only slowly being written – and have yet to find their way into school curricula or even university syllabi.

Patient Zero then, should serve as one of the go-to studies for those who want to remedy this oversight in their own research and teaching. It should also spark worthwhile (re-)readings of And the Band Played On in the light of McKay’s findings, as well as complement the few other studies dealing with AIDS of recent years, such as David France’s How to Survive a Plague: The Story of How Activists and Scientists Tamed AIDS (Picador, 2016) or Martin Reichelt’s Die Kapsel: AIDS in der Bundesrepublik (Suhrkamp, 2018) (so far only available in the original German language).

The Mandalorian: The Latest Space Western Series in a New Era of American Television
‘See America First’: International Expositions, Nationalism, and Local Competition
Why High School Teachers should teach History through and beyond Narrative

Dr. Sabrina Mittermeier is a postdoc in American cultural history at the University of Kassel, Germany and author of A Cultural History of Disneyland Theme Parks (Intellect 2021), as well as the (co-)editor of Fighting for the Future: Essays on Star Trek: Discovery (Liverpool UP 2020), the forthcoming Fan Phenomena: Disney (Intellect 2022) and The Routledge Handbook to Star Trek (2022) Her second book project deals with “unmade” queer television in the US and Germany. She can be found as @S_Mittermeier on Twitter.
View all posts by Sabrina Mittermeier →
Tagged  C20, medicine, Social Anxieties, Social History.
Bookmark the permalink.