‘Women of Genius’: The ‘Revolt from the Village’ in Mary Austin and Willa Cather’s Fiction 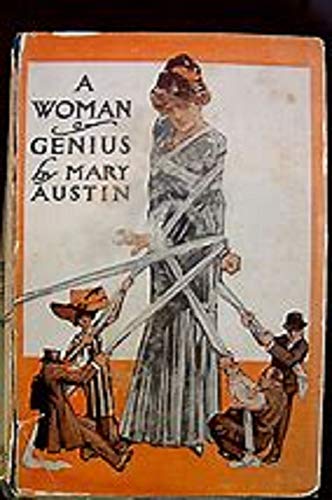 In an article for The Nation in 1920, literary critic Carl Van Doren famously decried ‘certain American novelists’ for attacking the ‘cherished’ ideal of the American small town as ‘a rural paradise exempt from the vices, complexities and irremediable tragedies of the city’.[1] As a defining symbol in the American consciousness, denoting what writer James C. Curtis calls the ‘modern, democratic community’, the American small-town has long been a telling index of American cultural identity and a genesis site for prevailing hegemonic ideologies. In response to this apparent sacrosanct nature of the small town, many writers of the interwar period began a narrative iconoclasm of the small-town idyll. The Midwestern authors Edgar Lee Masters, Sherwood Anderson, and Sinclair Lewis, to name but three, destabilised the myth of the utopian small-town and instead rendered such spaces as provincial, lonesome, and conservative enclaves from which one must flee.

Two figures who have only ever been considered as peripheral ‘revolt’ writers are Mary Austin and Willa Cather. In their writings, the American small-town is often ancillary to wider narratives of American landscape. Van Doren, as literary scholar Anthony Channell Hilfer notes, never truly considered Cather as a core ‘revolt’ writer since she had ‘no desire for revenge against her environment’.[2] Similarly, the writer and academic Nicholas Witschi has compared Austin to Sinclair Lewis, calling her a ‘critic and censor of small-town America’, though she is rarely discussed alongside the largely male ‘revolt’ coterie dominated by Masters, Anderson, and Lewis. This article contends that, between Mary Austin’s A Woman of Genius (1912) and Willa Cather’s The Song of the Lark (1915), a distinctly female ‘revolt’ lineage becomes apparent. It is a lineage underscored by each writer’s attention to the insidious nature of gossip in small-town America as well as a pervasive anxiety over distant, urban opportunity. In novels that focus with uncommon specificity on the small-town, both writers position their ‘genius’ female protagonists as othered from the confines of their rural backwaters and the last, best hope for all those harbouring dreams of small-town exodus.

Gossip, as the primary currency of community narratives, becomes a means of social exchange that bestows power upon those wielding it and that ‘destroys’ the ‘lives’ of those without it.[3]  ‘A spectre has haunted the novel’, writes Blakey Vermeule in her study of gossip in literary history, ‘- the spectre of gossip’.[4] The protagonist of Austin’s work, Olivia Lattimore, sees from a young age that her town of Taylorville is a ‘villain’ because of its penchant for gossip and rumour, noting the ‘web of passionate human interactions’ that threads the community together, threads unspooled by ‘women sitting about the base burner at night with their skirts folded back’.[5] Throughout her novel, Austin oscillates between explicit denouncement of the small-town, and implicit allusion to its conservative views. For example, the imperious opening of her novel explicitly names the small-town as the aforementioned ‘villain’ and pre-empts a narrative of flight and exodus away from such antagonism:

This is the story of the struggle between a Genius for Tragic Acting and the daughter of a Country Clerk, with the social ideal of Taylorville, Ohianna, for the villain [6]

The operative phrase here is ‘social ideal’, a euphemistic coding of gossip and other interactions that define Taylorville as a community of porch voyeurs and curtain-twitchers. Elsewhere, Austin’s language of homogeneity acts as an implicit appraisal of small-town hiveminds, for Olivia frequently states how ‘they don’t approve’ of her acting, with ‘they’ being curiously anonymous and reducing the ‘web’ of gossip in Taylorville to a single, collective consciousness. 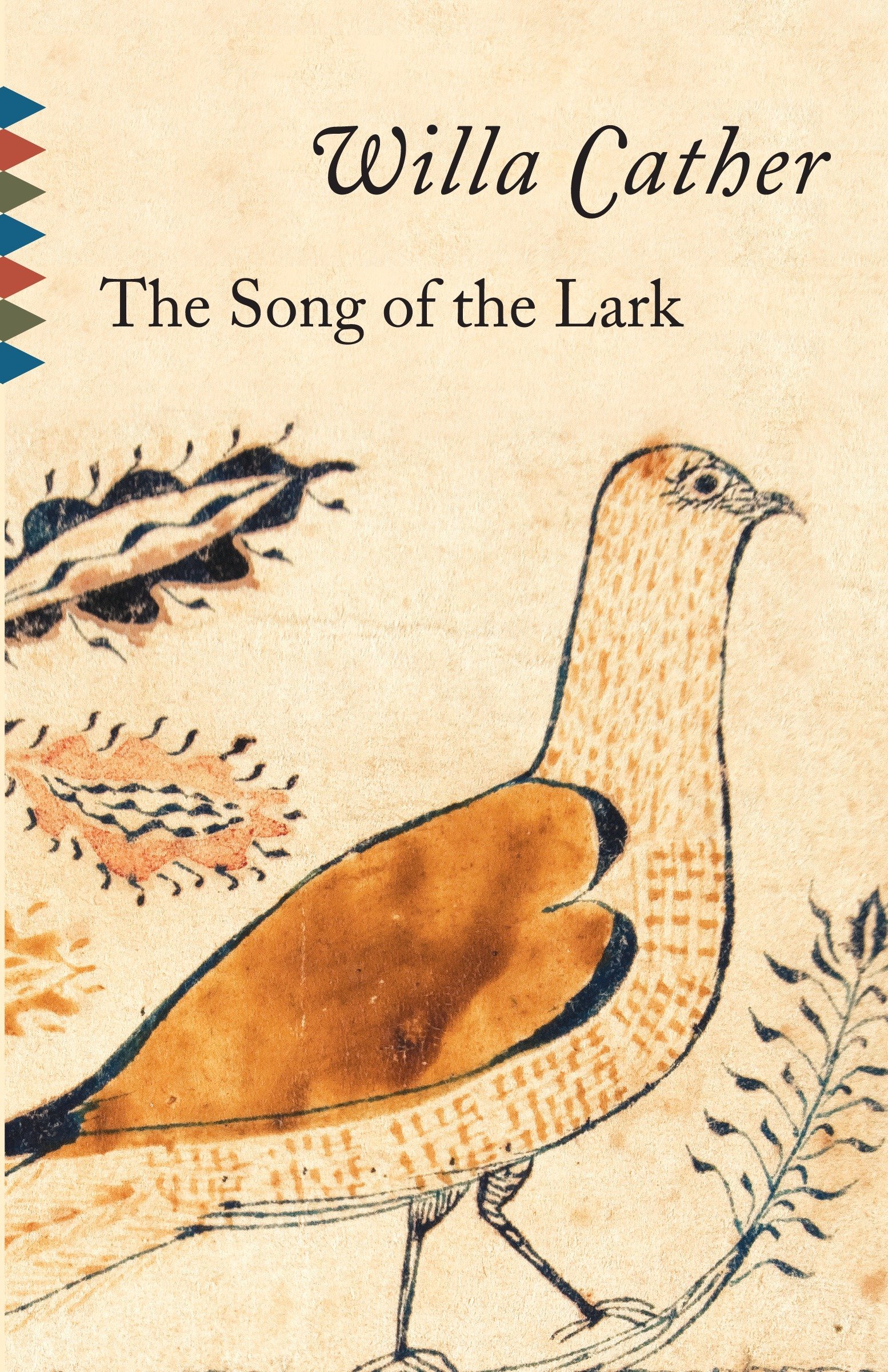 Willa Cather, writing three years later in The Song of the Lark, the second of her so-called Prairie Trilogy, carries the mantle of small-town distrust and scepticism established by Austin into similar regional locales. Cather’s writerly definition of gossip in her work, what she calls ‘the fear of the tongue, that terror of little towns’, is emphatic evidence of Cather’s writing as ‘revolt’ literature, in which she sees, like Austin, the small town as villain.[7] Thea Kronborg, Cather’s gifted protagonist who leaves the small town of Moonstone, Colorado, to become a singer in Chicago and New York, returns periodically to Moonstone where she feels a ‘stranger’ to small-town life. In spite of this, she notes how her stories of urban success ‘give them something to talk about and to conjecture about, cut off as they are from the restless currents of the world.’[8] Again, like Austin, ‘them’ becomes a homogenising pronoun that draws all of Moonstone together into a single consciousness, a recurrent trope of ‘revolt’ literature. In both writer’s works, and ‘revolt’ literature more generally, there exists the perception that gossip is born from small-town ennui as a means to stave off boredom and maintain an illusion of affect. Cather writes of ’the hostility of comfortable, self-satisfied people toward any serious effort,’ suggesting that gossip is naturally derived from those resigned to their small-town lot in life, and who practice it with a smug air of superiority.[9]

So too do both writers narrate ideas of flight, migration, and exodus from the small-town, with the ostensible ‘terror of the tongues’ often acting as the biggest impetus. In fact, transience becomes in Austin and Cather’s work a defining symbol of their own ‘revolt’ narratives. When speaking of another small town to which she moves early in the novel by circumstance of marriage, Austin’s protagonist notes how ‘it bore to my mind the air of a traveller’s room in one of those stops where it is necessary to open the trunks but not worthwhile to unpack them’.[10] Comparing this to her descriptions of Chicago later in the novel – ‘The vestibule of doors opening on the solemn splendour of the world’ – it becomes obvious that the small-town, to Austin, is a stultifying block on creativity, specifically a woman’s creativity, and so her protagonist’s rejection of small-town domesticity denotes a liberating ‘revolt’.[11] When Olivia Lattimore says she was ‘stirred by the allurement of travel and adventure, Cather’s protagonist Thea Kronborg responds in kind when she exclaims she ‘won’t be comfortable until she has something to show for [herself].[12][13]

Both Oliva and Thea see the potential for urban prosperity that sits at the very periphery of their small-town lives, and, unlike the ‘self-satisfied’ people of their communities, light out for such experiences independently and defiantly. Theirs is a narrative not simply of ‘revolt’, but of liberation and independence sought far from the stunted communities into which they were born. Looking beyond the sleepy stagnation of ‘Main Street’, Austin and Cather, by way of Olivia and Thea, seek new female narratives of autonomy far from their rural crowd. What they find isn’t boundless prosperity — both protagonists ultimately suffer a sense of urban melancholy and alienation — but a sense of personal growth denied by their small-town beginnings. Upon returning to the ‘buried life’ of their provincial burgs, world-weary but defiant, they exhume a simple, universal truth: ‘They’re always the same, the places we set out from; but we… we are never the same’.[14][15]

Political Identity in the Crossroads of America: Swing States, Campaign Presence, and Presidential O...
60 Seconds With Katie McGettigan
The Campaign of Miracles?