Reflecting on the fiftieth anniversary of 1968, this year’s BAAS PGR conference surveyed a panorama of the antecedents and legacies of the tumultuous year. The overarching theme of the event centred on ‘America’s Urgent and Great Problems’, a phrase taken from Dr. Martin Luther King Jr.’s speech while visiting Newcastle upon Tyne shortly before his death. With George Washington and Hilary Clinton having family roots in Tyne & Wear, and radicals such as Frederick Douglass and King having visited the region, Newcastle made an ideal setting for American Studies scholars to discuss and debate their research. 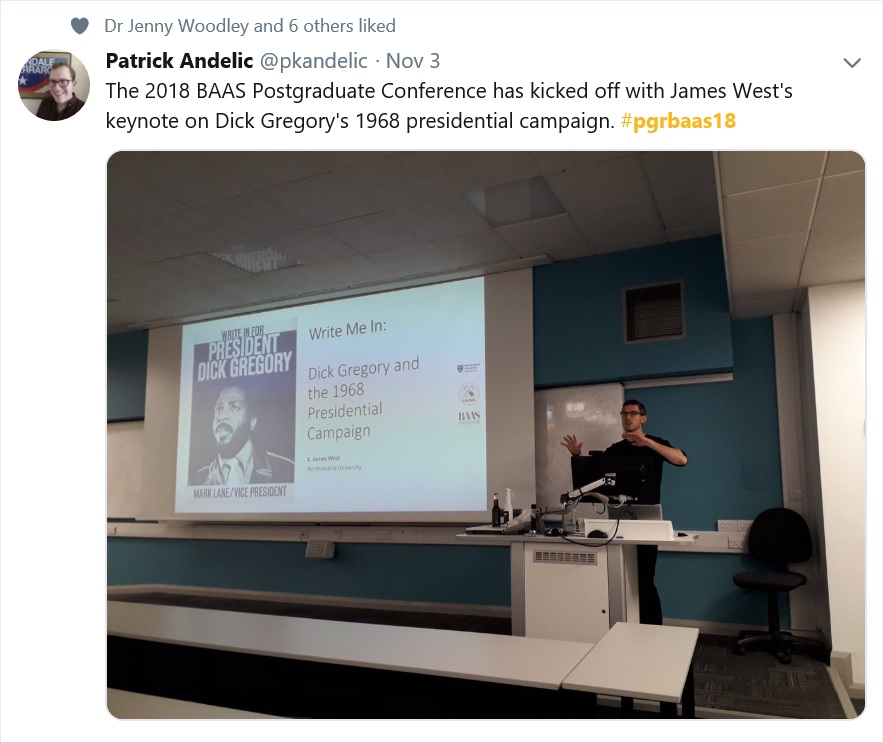 To begin the day, Dr. James West (University of Northumbria) delivered his USSO keynote address, giving valuable insight into the 1968 presidential ambitions of Black candidate and comedian Dick Gregory (West’s keynote is available as a podcast here and a review can be found here). Describing Gregory as ‘a Forest Gump figure in US history’, West charted his transition from entertainer to political activist, including the arrests, support from celebrities such as Muhammad Ali, and the promotional campaign materials of this unusual candidate. West did well to position Gregory in the framework of the ‘Black radical imagination’ of 1968, and the shifting complexities of African American politics in the period that followed, making relevant comparisons with the Obama and Trump presidencies.

With panellists from institutions across the UK and abroad, and in different stages of their academic careers, papers for the rest of the day reflected the breadth of American Studies, ranging from gay folklore and Black dockworker strikes, to amateur women’s photography. Bringing an array of scholars to the North East of England, the event contributed to the growth of American Studies networks outside of the M25 corridor. In addition, the attendance of non-academics enrichened the post-paper discussions, and exemplified the endeavours of both BAAS and Northumbria to engage with the general public. 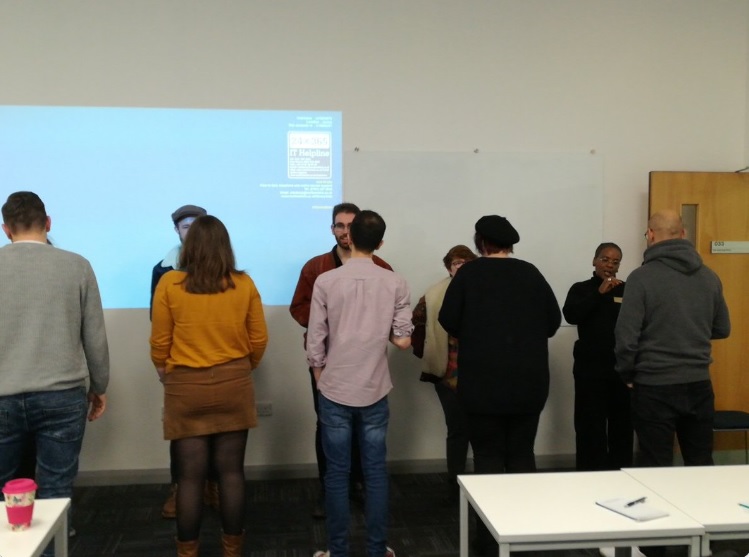 As a PGR and ECR event, one of the highlights of the day was an experimental breakout session, ‘Speed networking’, in which attendees shared key elements of their research in a quick-fire meet and greet. An informal way for new scholars to break the ice and expand their networks, responses from attendees suggested this was one of the most popular sessions of the day, the only criticism being that it could have been longer.

Throughout the day’s papers, the theme of ‘place’ surfaced repeatedly. Whether Nicole Gipson’s (University of Manchester) shocking take on homelessness in Washington, DC., David Vaina’s (University of Sunderland) exploration of radicalism and agitation in Gainesville, Florida, or Gabriel Hogg’s (Northumbria University) discussion of dock strikers in the San Francisco Bay Area, the peculiarities of these civic environments were as important as the protagonists discussed in their research papers. With divisions in America remaining rooted along regional lines, the then looming midterm elections certainly influenced responses to some of these papers. 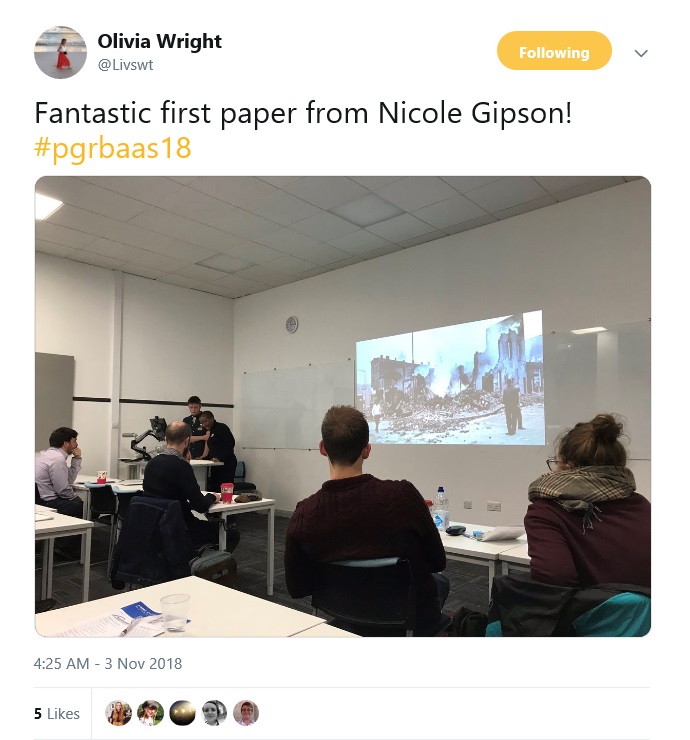 The theme of border-crossing between languages and linguistic identities also connected papers from seemingly diverse perspectives. ‘Code switching’ – the interchanging use of multiple languages and dialects – characterised the novels of Willa Cather, as shown by Francesca White (University of Leicester), and this same activity featured in the literary depictions of Mexicans in the American West that were central to Owen Walsh’s (University of Leeds) paper on African American author William Attaway. The most surprising instance of language crossing came from Nour Al-Sharekh’s (Durham University) analysis of a 19th century slave narrative written in Arabic that detailed their conversion to Christianity. Oliver Hancock (University of Liverpool) linked this linguistic theme to 1968 specifically, by deconstructing the phrase ‘flower child’ in postmodern literature since the Sixties. All of these papers suggested that language has been, and continues to be, a vital tool in challenging dominant power structures. 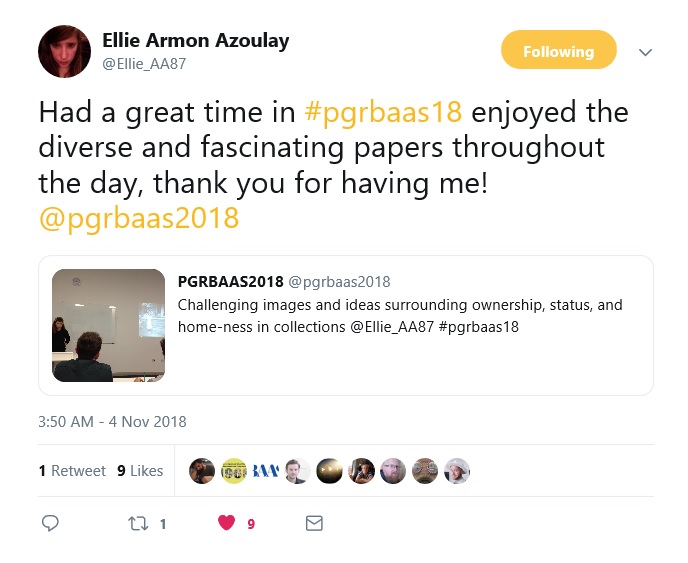 Challenging images, and the challenging of images, were important foci throughout the day, particularly in the context of 1968. Ben Quail (University of Strathclyde) asked attendees to compare Lyndon B. Johnson’s failed attempts to uphold his image in the press with the current incumbent’s notorious social media relations. A fascinating discussion ensued regarding how idealised predecessors (JFK and Obama) contextualised the president-press relationship of their successors. This notion of constructed images mirrored Lucy Mounfield’s (University of Nottingham) study of amateur photographer Vivian Maier. Aside from dissolving the gendered boundaries of ‘amateur’ and ‘professional’, Mounfield’s paper featured provocative images from New York in the late Sixties, particularly graffiti art across the city, with one memorable tag demanding ‘Men must change or die’. Continuing the exploration of agency in image making, Ellie Armon Azoulay (University of Kent) used photographs taken by folklorist John Lomax to evaluate the mechanisms of power and ownership in archival collections. 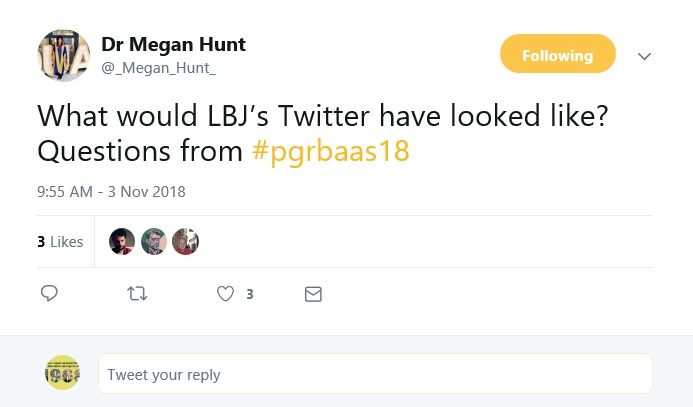 The seeds of 1968 fell in unexpected places throughout the day. Exploring the ‘socially barbaric dog’, Michael Docherty (University of Kent) reappraised John Fante’s novel My Dog Stupid as a radical attack on conservativism. ‘A four-legged walking allegory’, Docherty described how the author struggled to position himself in the waves of change at the tail end of the Sixties. Matt Graham (University of Manchester) traced violence and the continued frustrations of the New Right as the thread that bound the events of 1968, Psycho’s Patrick Batemen, and Donald Trump. In true European spirit, warm welcome was given to Ewa Ścibior (University of Warsaw), who charted a much-neglected legacy of 1968: the lived folklife of the gay liberation movement. Concentrating on the forms of folklore (oral, visual, material), Ścibior finely laid out the rituals relating to recreation, rights, and resistance in literary gay subcultures in the early 1970s.

Building on Dr. Leona Skelton’s (Northumbria University) talk earlier in the day on Impact and Engagement in Higher Education, the conference concluded with a roundtable discussion between guest speakers and attendees from a range of academic stages on the themes of ‘Pay, Job Security, Workload, and Health and Well-Being’. Conversations were also sparked by topics raised on ‘Roundtable Sharing Board’ which had offered a space for attendees to anonymously provide their ideas, concerns, and experiences. 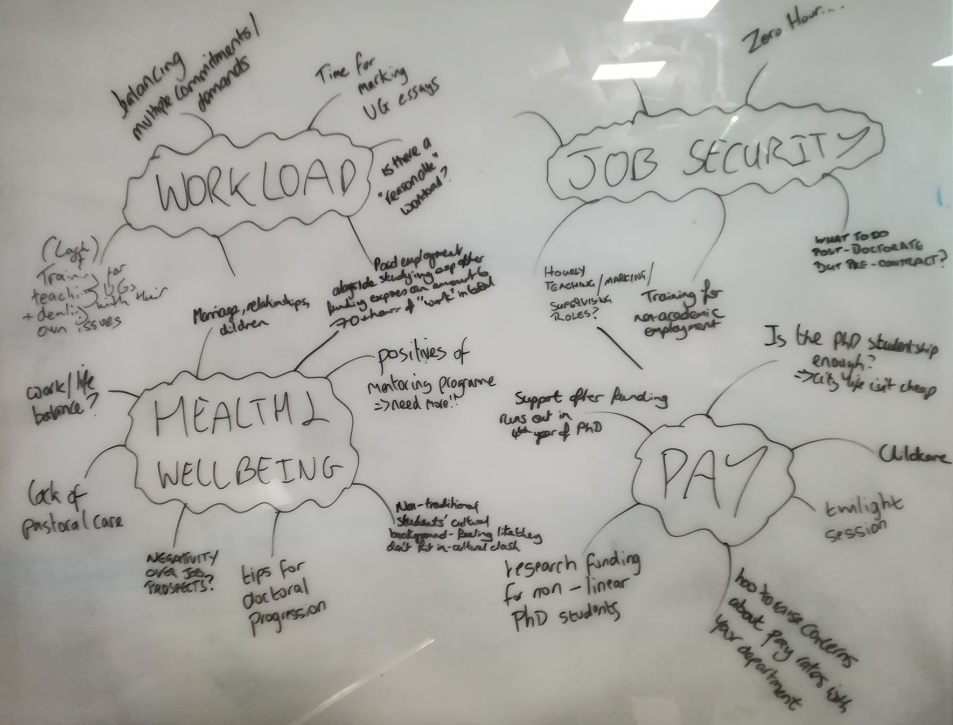 This year’s offering of crèche facilities for the first time at a BAAS PGR conference provoked positive responses from guest speakers and attendees, who praised this development and initiated possible solutions to making the facilities even more accessible at future American Studies events.

Both Dr. Leona Skelton and Dr. James West revealed their post-PhD experiences; including having multiple jobs, personal commitments, and the difficulties of navigating a saturated academic job market whilst developing academic and non-academic networks. Dr. Megan Hunt (University of Edinburgh) reiterated the difficulties and lack of security in current teaching contracts but expressed the importance of communicating positive and negative experiences in forums such as BAAS roundtables.

Northumbria’s Student Union representative Matthew Johnston provided insight into the support networks of student and education based Unions, gaining teaching experience, and the value of communicating ideas to student bodies within attendees’ own institutions in order to dictate change. The session ended with a discussion from BAAS representatives, Dr. Chris Parkes, Dr. Emma Long and Dr. Eilidh A.B Hall, focusing on the future and progression of American Studies and particularly BAAS’s role within it.

As conference organisers, we are grateful to BAAS and Northumbria University for making the event a success, and encourage PGRs and ECRs to embrace the opportunities provided by scholarly associations and institutions to network, collaborate, and promote American Studies across the UK.

Simon H. Buck is a PhD student at Northumbria University, currently completing his thesis on old age and ageing in musical culture in the US South in the early 20th century. His research interests include the medical humanities, the US South, oral history, and popular music.

Rowan Hartland is a History PhD student at Northumbria University, finishing his thesis on Black Power Culture in the American South, 1967-1977.  His research interests include the Black Power Movements, the Civil Rights Movement, African American Culture, and Visual and Material Culture.