Olivia Wright is an AHRC Midlands3Cities funded PhD Student at Nottingham. Her research is on Women’s Prison Zines in America. Olivia is the new BAAS Postgraduate Rep.

Sitting at my desk at the University of Nottingham, gazing longingly at the sunshine outside.

Back to 1968 to see Johnny Cash perform with June Carter, Carl Perkins and the Tennessee Three at Folsom Prison – what a gig. 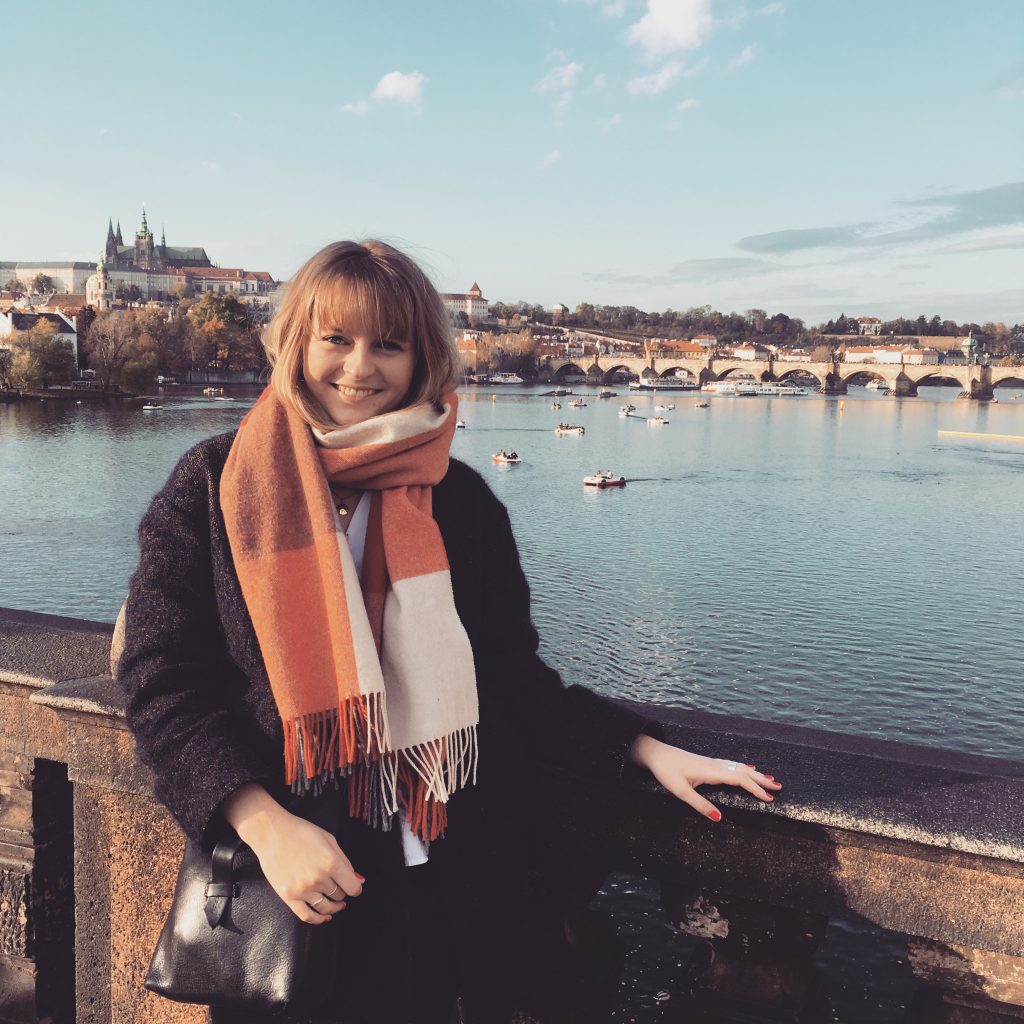 For a party of six (including myself), I’d say Louis Theroux, Angela Davis, Lin-Manuel Miranda, RuPaul and Chloe Ferry. Good to have a mix of talents and personalities, plus I think together we would be unstoppable. Like the Avengers, only more bookish.

Write notes on everything you’ve ever read and store it somewhere helpful and organised – future Olivia will thank you.

I’m off to San Francisco next week for a conference and research trip. I get to speak to some amazing women doing amazing work so I think it’ll be a great trip. Plus it’s my first time on the West Coast so I’m pretty pumped for that.

Almost by accident. I wrote about the theme of confinement in three African American women’s autobiographies for my undergraduate dissertation (Assata Shakur, Patrice Gaines and Maya Angelou), two of whom had spent time in prison. When researching around these themes for my MRes I found a prison zine written by women in the 1970s and once I started digging around I found there were lots more. The rest, as they say, is history!

I’d say it’s a toss up between the Sallie Bingham Centre at Duke University and the special collections at DePaul. Both great collections with lovely, helpful archivists. It could all change by next week though!

When I was little I told my teachers I wanted to be the presenter of Blind Date (AKA Cilla Black), but since then my horizons have expanded and I’d be keen to try my hand at documentary film-making.

The Dry by Jane Harper, because I love a crime thriller; I’d Die For You: And Other Lost Stories by F. Scott Fitzgerald, given to me by my sister; and The Straight State by Margot Canaday for a upcoming workshop at Nottingham.

Varies, but probably the longest has been there since Christmas.

60 Seconds With Alvin Smith
Book Review: This Nonviolent Stuff’ll Get You Killed: How Guns Made the Civil Rights Movement Possib...
How American Commentators Commit Violence Against the Middle East