University of Exeter: Review: ‘The “Not Yet” of the Nineteenth-Century U.S.’, British Association of Nineteenth Century Americanists Symposium

‘The “Not Yet” of the Nineteenth-Century U.S.’, British Association of Nineteenth Century Americanists Symposium, University of Exeter, 17-18 November 2017 – Day One

Based on the theme of ‘The “Not Yet” of the Nineteenth Century U.S.’, the British Association of Nineteenth Century Americanists (BrANCA) third biennial symposium brought together a wide-ranging international group of Americanists. The chosen theme sought to engage with recent critical interest in the overlapping temporal arrangements and imaginaries of the long nineteenth century. Alert to forms of belatedness and anachronism, and attuned to the variously apocalyptic and utopian temporalities of the era, this timely conference on untimeliness suggested that the future is bright for BrANCA and for the field. Throughout the conference, discussions about temporality and the institutional historicisation of nineteenth-century American literature were often situated within broader debates about pedagogy and, in particular, the academic infrastructures which determine how U.S. literature and culture is taught and read. 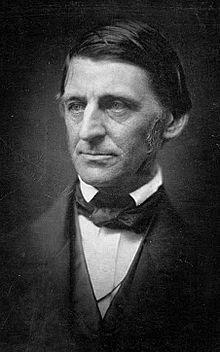 In the first panel, Matthew Pethers’ (University of Nottingham) opening paper on the long publication of William Williams’ Mr. Penrose (1776/1815/1969) imaginatively defamiliarised the device of the parenthetical publication date itself as a technology of periodisation. Tracing the protracted publishing history of Williams’ novel revealed how Mr. Penrose has, whenever it has appeared, never quite been a book of its time. The paper also sought to ‘loosen the definitional fixity of earliness’. This account of the temporal waywardness of the novel led to a consideration of the text’s generic instability, and how its affinities with Cooperian romance and Defoe’s tales of the emergence of homo economicus fail to capture the book’s odd anachronism. Benjamin Pickford (University of Lausanne) was also interested in texts that were out of place as well as out of time. Explicating how Ralph Waldo Emerson’s ‘reiterative and reappropriative’ practice of quotation and illusion problematised the idea of literary labor, Pickford traced an unlikely but ‘productive’ connection between Marx’s theory of the alienation of labor, and Emerson’s own engagement with what he called ‘the juggle of commerce’. Stephanie Palmer (Nottingham Trent University) then broadened the discussion to critique some of the assumptions underlying our historicisation of American women writers, and to consider the fate of ‘feminist historicism’ at a time when the academy seems unsure of how to proceed from its ‘post-critique’ moment.

The simultaneous panel, ‘Reading and Material Circulation’ focussed on the potentialities of text as a historical and cultural agent. First, Duncan Faherty’s (CUNY) paper examined the story of François Makandal as it was published in a semi-fictionalised form at the end of the eighteenth century in both Europe and the U.S. By tracing the mythologisation of Makandal in this circum-Atlantic context, Faherty exposed the political potential inherent in the creation of diasporic knowledges. Following on from this, Bridget Bennett’s (University of Leeds) paper discussed the ‘quiet radicalism’ of Wilson Armistead who recorded fugitive slaves, Ellen and William Craft, at his Leeds home in the census of 1851.  She emphasised Leeds as a centre for abolitionist activism and contextualised this with contemporary responses to the ‘Fugitive Slave Act’ in the British Press.  Both papers examined the importance of newspapers in articulating a transatlantic abolitionist rhetoric. Equally, and appropriately for this symposium, these papers reflected on the resonances of American literary and political culture in a European context. Finally, Olga Akroyd (University of Kent) argued that literature and ‘private reading’ served as ways to envision a new society in nineteenth century America. All three papers stressed the subtle power of text to be politically transformative in both insidious and progressive ways.

These discussions anticipated the ‘Pedagogy’ roundtable that followed. Stephanie Palmer discussed some of the problems of assembling a curriculum that reflects the variety of nineteenth-century American literature when teaching time is limited. She also chronicled some of the difficulties in sharing curricula and syllabi with colleagues, and some of BrANCA’s efforts to remedy this through their website. Next, Duncan Faherty’s fascinating introduction to the ‘Common Place’ database of neglected and out-of-print nineteenth-century texts complemented his paper in the previous panel; the story of Makandal is one of the texts on the database. Faherty demonstrated just how much scope there is for crafting an innovative and original teaching program. In the Q&A afterward, there was productive discussion of some of the challenges of the REF and TEF, as well as some more heated reflection upon recent calls by students to ‘decolonise’ university reading lists.

The day culminated in Lloyd Pratt’s (University of Oxford) plenary talk on the private readers of Emerson and the role of ‘free reading’ in shaping pedagogical norms and styles. ‘Free reading’, Pratt explained, broadly refers to the practice of reading uncritically – that is, to practice ‘free reading’ is to consume a text without analytic or pedagogical pre-dispositions or purposes. He elaborated the concept through an anecdotal narrative about the personal reading habits of a woman from the American South, Blanche Chenault Junkin. An undistinguished ‘free reader’, Junkin developed an active and prolonged ‘literary’ engagement with the writings of Emerson. Out of this emerged a book, Through the Year with Emerson (1923), in which she collated epigrammatic snippets of his work into quotations to be read at timely moments ‘through the year’. Pratt set his story of Junkin against the backdrop of pedagogical development in U.S. educational institutions, from kindergarten to university, across the twentieth century. He contrasted Junkin’s approach to Emerson with the scholarly one, suggesting the reading practices of the ‘free reader’ are positioned as antagonistic to those of the academic, a specialised reader trained in analytical modes of reading. Pratt argued that the former represents an aspiration towards a democratised style of reading, while the latter is selective and elitist. This differentiation translates into educational practices, whereby schoolchildren are brought into language and literacy through free reading, before they are conditioned into ‘specialised’ reading at higher educational levels. The transition here is from reading habits based on resisting critical judgements to those which prioritise judgement and adjudication. It is a shift which changes the way knowledge is produced and managed.

In an amusing twist, towards the end of the talk Pratt revealed that Junkin was his great-grandmother. He exposed the complexity of his relationship, as a reader, to Junkin: personal and inherited-via-family, but also professional and inherited-via-academic-training. Pratt’s talk prompted insightful questions about reading practices (from oral recitations, to the value of slow versus speed reading) and the way they are influenced by ideology, morality, and academic pedagogy. Pratt’s plenary chimed well with the conference’s secondary theme of pedagogy, inviting, in particular, fresh considerations of how the ways in which we have learnt to develop and express our knowledge impacts on the spaces in which we share that knowledge.

The self-reflexivity of Pratt’s plenary was striking. He consistently drew attention to the way knowledge is constructed in conference presentations themselves, as he consciously shifted from the colloquial narrative about Junkin to a ‘scholarly’ analysis of academic readers of Emerson and Junkin’s personal relationship to his writings. This self-reflexivity then, was persistant throughout the first day of the BrANCA conference; both the theme of ‘not-yetness’ and an awareness of an Anglo-American culture were teased out in relation to the discipline itself and to issues of practical pedagogy.

Review: Labor: Studies in Working-Class History of the Americas: "Food and Work in the Americas" edi...
Book Review: Richard Wright in a Post-Racial Imaginary edited by William Dow, Alice Craven and Yoko ...
Review of American Imperialism and Identity Conference

Georgia is a PhD candidate at the University of Leeds. Her research examines the formal and political legacy of nineteenth century Transcendentalism in contemporary American fiction, memoir and poetry. Her interests lie in the continuing political, ethical and literary relevance of transatlantic Romanticism and nineteenth century aesthetics in the twentieth and twenty first centuries.
View all posts by Georgia Walton →
Tagged  Belatedness, BrANCA, C19, Neglected Texts, Pedagogy, REF, TEF, Temporalities.
Bookmark the permalink.