The State of the Discipline Series: Part I: Book Review: The Saltwater Frontier by Andrew Lipman

Our new editorial team opens its term with our long-awaited State of the Discipline series. In this set of reviews, which will survey cutting-edge work in the field while also celebrating its diversity, Christina Westwood first takes us to a contest fought between land and sea as Native Americans attempt to withstand colonial violence in Andrew Lippman’s The Salt Water Frontier: Indians and the Contest for the American Coast (Yale University Press, 2015). Jonathan Pountney brings us the latest in cultural theory with his review of Michael Denning’s fascinating portrayal of sound and movement in Noise Uprising: The Audiopolitics of a World Musical Revolution (Verso, 2015). The series continues in Part II, to be published later this year. 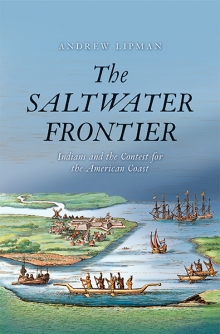 Most historical accounts of the colonisation of New England focus on  territorial claims made on certain swathes of land between the Hudson River and Cape Cod. Not so Andrew Lipman. Unequivocal in his rejection of ‘surf and turf’ histories, in The Saltwater Frontier Lipman argues that by focusing on the ocean itself as a paradigm of shifting territories, his book offers ‘a new way of thinking about Indian history and a new way of understanding this all-too-familiar region’ (4).

Lipman’s book is a valuable and original addition to the body of scholarly publications that has emerged over the last two decades in the scholarly field of Atlantic Studies. Bernard Bailyn’s Atlantic History: Concepts and Contours (2005) provides both a historiography of recent methodologies used in Atlantic Studies as well as a look ahead at this discipline’s future to be determined by political shifts and human geographies. In Atlantic History: A Critical Appraisal (2008), Jack P. Greene and Philip Morgan assemble a selection of critical interpretations and in Atlantic World: A History, 1400-1800 (first published in 2007), Douglas Egerton weaves the many different strains of Atlantic history into one historical narrative encompassing a study of four continents. Comprising just over 250 pages, Lipman’s book may appear slender but remains firmly focused on the Atlantic Ocean itself.

Lipman has used ‘sidestreaming’ and ‘upstreaming’ in an effort to be ‘concise and provocative’ rather than ‘magisterial or definitive’ (14). He certainly succeeds in this aim. Having assiduously assembled evidence from archaeological and historical sources, verbally transmitted Native Nations’ traditions, private letters, estate inventories, court records and travel writing, he ponders the question whether the ‘ocean can be claimed at all’ (121). Lipman’s sensitive historical elaborations are set out in five chapters. In the first chapter, he contrasts geological explanations of the formation of the Atlantic coast during the last Ice Age with Native American creation stories. Subsequent chapters move chronologically through the centuries to reach his focus on the seventeenth century, with sections devoted to the Algonquin sachem ships and the formations of New Netherland and New England and their contrasting beliefs in ‘mare librum’ and ‘mare clausum’ (121). The particularly violent period between 1634 and 1646 is termed the ‘Blood in the Water’ period by Lipman and understandably occupies an entire chapter which leaves the reader in no doubt as to how violent the quest for coastal areas between Cape Cod and the Hudson River became.

Lipman’s narrative is particularly captivating when he sketches brief biographies of strong personalities that have gone unnoticed by fellow historians. Juan Rodriguez, here described as ‘an archetypical member of the charter generation of globe-trotters with African ancestry’ (97) and a competent sea man, firearms officer and negotiator, is one such example.

Equally appealing to the scholarly and non-scholarly reader alike must be Lipman’s fresh, exuberant prose. He is sensitive to the nuances of language, yet refreshingly clear when communicating his own beliefs:

‘The great migration of colonists to New England from 1630 to 1642 was a temporary reaction to the injustices of Charles I’s personal rule’ (118), he states and, taking a broader view that is easy to agree with: ‘the knowledge of tongues and places can be more powerful than mere technology’ (99).

One point of criticism is that there are few references in this book to the bond servitude established by the European settlers on the Atlantic coast and to the abolitionist efforts in this geographical area. ‘The ocean’, Lipman writes, ‘was the main stage for the ages of revolution and abolition and ultimately for the rise of the nation-state and industrial capitalism’ (11), and seeing this claim investigated in more detail would have been interesting. Nevertheless, a remarkably substantial research has gone into Lipman’s book: he serves scholars with specific interests in politics, maritime economics, geography, slavery, abolition, ethnicity and agriculture well by providing a comprehensive reading list to draw on in his end notes.

All in all, The Saltwater Frontier is a percipient, accessible book. Affording a fresh look at mercantile, maritime and human history on the North-Eastern US coast in the seventeenth century, it should be of wide appeal to scholars in the emerging field of Atlantic Studies.

Exploring the French Caribbean and Joseph Zobel
Review: 'The Historical "Dispute of the New World": European Historians of the United States and Eur...
Book Review: Wallace's Dialects by Mary Shapiro

Christina Westwood is a PhD candidate at Keele University. Her research is in the field of spatial theories and literary geographies. Her areas of expertise and interest include the postmodern novel, American literature and literary geographies.
View all posts by Christina Westwood →
Tagged  C19, History, Maritime History, Native Americans, Series, State of the Discipline, Transatlantic.
Bookmark the permalink.