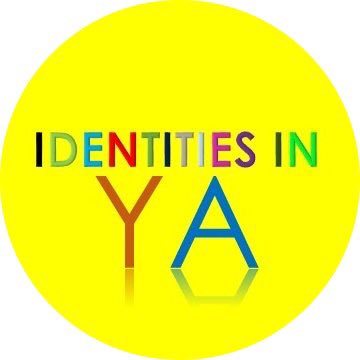 From Harry Potter to The Hunger Games, Young Adult (YA) narratives have become increasingly popular—commercially and critically—in recent years. This one-day conference, organised by Dr Sonya Andermahr and Mr Anthony Stepniak, explored the construction of identity in YA narratives and the extent to which YA can be considered a genre in its own right. The conference consisted of panel discussions, a keynote lecture, and an interview with author Lisa Williamson, offering a range of perspectives on a plethora of YA texts, highlighting the expansive nature of this field.

Dr Samantha George (University of Hertfordshire) opened the conference with her keynote titled ‘Generation Dead: Young Adult Gothic Fiction, and the Politics of Difference Inside and Outside the Academy’. This lecture explored the shift of the Gothic figure from the ‘othered’ to the protagonist of YA narratives, creating a sympathetic monster which ultimately becomes the consoling figure. She interrogates YA’s place in the academy and examines whether the categorisation of it as a genre is problematic. This provoked discussion as to whether YA fiction celebrates liminality, or is instead a threshold of unease. This interrogation of liminality defines the conference, given that categorising YA as a genre arguably confines it to a set of rules and limits its fluidity. George also mentions the murder of Sophie Lancaster, a twenty-year-old killed for being a ‘Goth’ in 2007. By stimulating discussion about the growth in global awareness, social responsibility, and engaging in empathy for others, this context presented a link between how YA fiction is engaged with inside and outside of the academy. The discussions raised in George’s lecture remained a common thread throughout the conference. 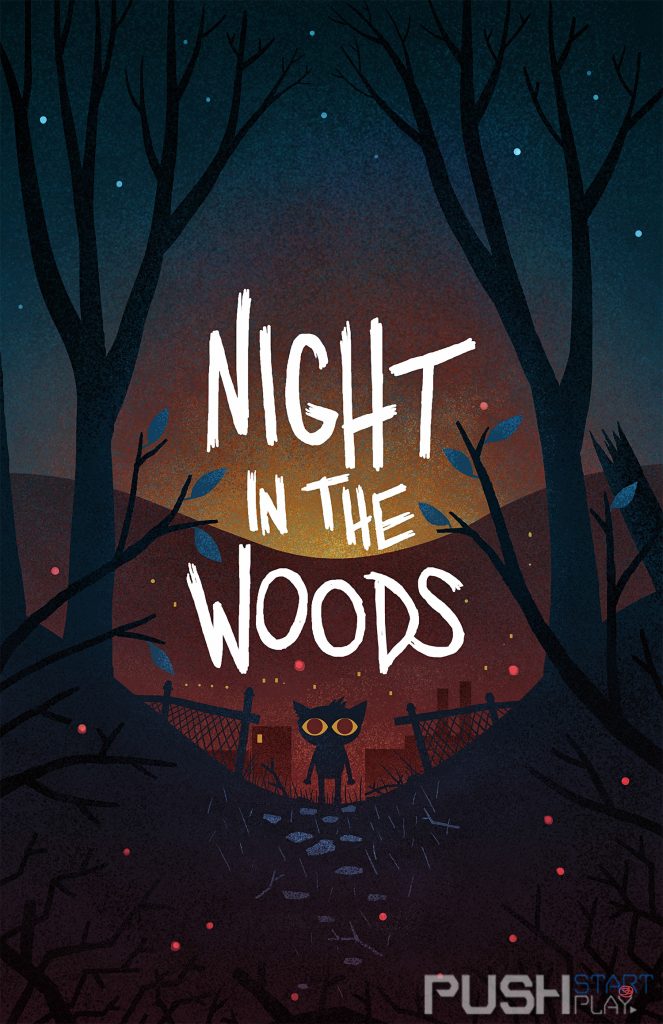 The second panel of the day, ‘Identities in Transmedia YA Narratives’, contemplated a multitude of mediums and the subsequent portrayal of identities. Malgorzata Drewniok’s (University of Warwick) panel discussion concentrated on the cinematic version of Black Widow and the character’s presentation in novels that followed. Drewnick highlighted the use of language manipulation as a skill set and concluded that the portrayal of the character remains consistent across media.  Gavin Davis (University of Exeter), however, moved away from film in his talk to argue that video games too hinge upon a system of rules, and like more traditional media are also a system of narratives. Davis examined Another Code (2005), Life is Strange (2005), Oxenfree (2016) and Night in the Woods (2017) to explore what occurs when YA texts become operative and interactive. He presented games as a method of engaging with identities and possessing agency within the narrative. Silke Jandl (The University of Graz) concentrated on YouTube, focusing specifically on the novels of Carrie Fletcher and Joey Graceffa. Janhl highlights the attempts of these YouTubers to ensure their community is a positive space and how YA fiction seeks to empower audiences in relation to their own identities. Each of these talks investigated the portrayal of YA identities within contemporary culture, whether in film, literature or games. This panel demonstrated the breadth of the YA field of study, highlighting how YA fiction empowers the reader/player in their journey towards a stable identity.

The panel ‘Traumatic Identities in YA Fiction’ moved away from the search for identity and instead examined the initial fragmentation of identity due to trauma. Dr Sonya Andermahr (University of Northampton) discusses Bakhtin’s notions of chronotypes, trauma and dystopia to analyse their role in YA fiction, investigating thresholds and how characters explore adolescence. Navigation through the liminal spaces—central to YA fiction—creates a radical rupture of identity, and Andermahr evidenced this with the interrogation of traumatic episodes. El Hadj Moussa (University of Northampton) discussed the Black Decade—the Algerian Civil War which took place from 1991 – 2002—and its impact on the portrayal of national and individual identity in Algerian YA fiction. The societal upheaval led to a questioning of identity which was rendered explicit in text produced in the period. These papers demonstrated the ways in which YA fiction and literature often operates in response to, or in the context of, trauma. 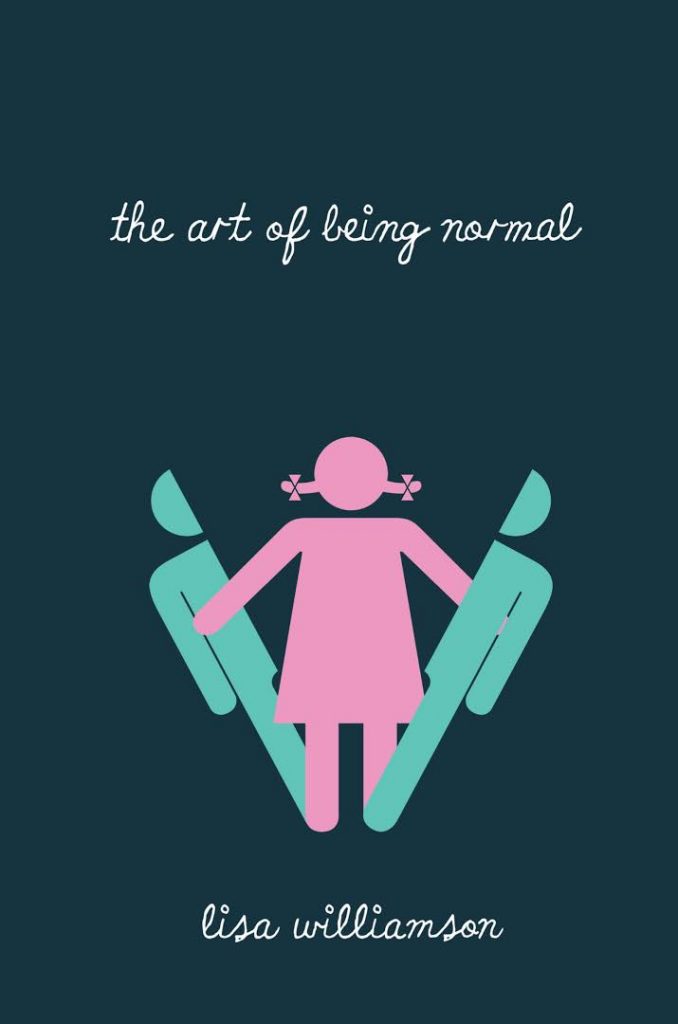 The exploration of liminality in YA fiction continued in ‘Hidden/Liminal/Un-represented Selves in YA fiction’, which emphasised the fluidity of YA fiction in relation to identity. Dr Leah Phillips (University of Warwick) argued that YA fiction is a place of transition, where the subject is both becoming something new and un-becoming what they were. Phillips argued that the liminality of YA fiction demonstrates that the character can occupy both of these spaces simultaneously. She also suggests that as YA fiction encompasses a variety of conventions from multiple genres, to classify it as a genre itself is limiting. Anthony Stepniak’s (University of Northampton) talk investigated the portrayal of transgender characters in Lisa Williamson’s The Art of Being Normal (2015). Stepniak drew on the work of Judith Butler, but argued the absence of self and agency in Butler’s theory of gender performativity ensures that it does not represent the transgender community. The discussion by Kendra Reynolds (Ulster University) discussed adolescent and the ‘inbetween’ in relation to feminist criticism. Reynolds argues that the liminal is obstructive and destructive to hegemonic hierarchies, and as a result presents the water in Betsy Cornwell’s Tides (2013) as a liberating and transformative space. Taken together, these papers explored identity in YA fiction in relation to the unrestrained nature of the liminal space, outlining how YA fiction challenges preconceived power structures and creates a space to explore hidden and un-represented self.

The liberating liminality of YA fiction allows for an investigation into the marginalised voices of those considered monstrous in YA fiction, as discussed in the panel ‘Monstrous Identities in YA Fiction’. M. T. Flynn’s (University of Cambridge) paper clarified the difference between the conceptions of monsters and those presented as monstrous. Flynn suggested that the figure of the monster allows an exploration of the world that functions beyond binary systems. Flynn analysed the impact the monster has on both individual and community identity, suggesting that unity of self lies not with the individual, but with a group. Bill Hughes’ (The University of Sheffield) highlighted that the paranormal romance in YA fiction introduces a space in which the Gothic monster is not just sympathetic, but becomes the lover of humans. Hughes argued that this allows an investigation into otherness as the minority is portrayed sympathetically. Lucy Andrew’s (University of Chester) talk focused on the representation of adolescent criminality, killers or serial-killers-in-training. She argued that YA narratives have a more sympathetic depiction, as the blame is not entirely theirs because they are portrayed as the victims of society. Andrew inspects the liminality in the narratives and the impact this has on the blurring boundaries in the texts. These discussions interrogate the idea of the monstrous identity in YA fiction, concluding that YA fiction allows an exploration into marginalised voices of the previously considered unwaveringly monstrous.

Throughout the conference, many questions were raised in relation to YA fiction’s status as a genre and whether this characterisation contradicts the multivalent nature of YA narratives. YA fiction occupies the space between childhood and adulthood, it is a transformative place in which identity is challenged, and so it represents an ‘in-between’. Despite divided opinion regarding characterisation, the conference demonstrated that YA fiction undoubtedly offers the opportunity for a wealth of analysis in relation to identity. Regardless of the medium, YA narratives present journeys through the liminal space of adolescence towards identity creation and this, perhaps, is their defining characteristic; whether a cohesive genre or not.

Dani is currently studying an MA in Contemporary Literature at the University of Northampton. An avid lover of literature and literary criticism, she has recently graduated with a first class degree in English Literature at the University of Northampton.
View all posts by Dani Moriarty →
Tagged  Contemporary Culture, Film, Form, Genre, Identities, Liminality, Video Games, YA Fiction, Young Adult Fiction.
Bookmark the permalink.