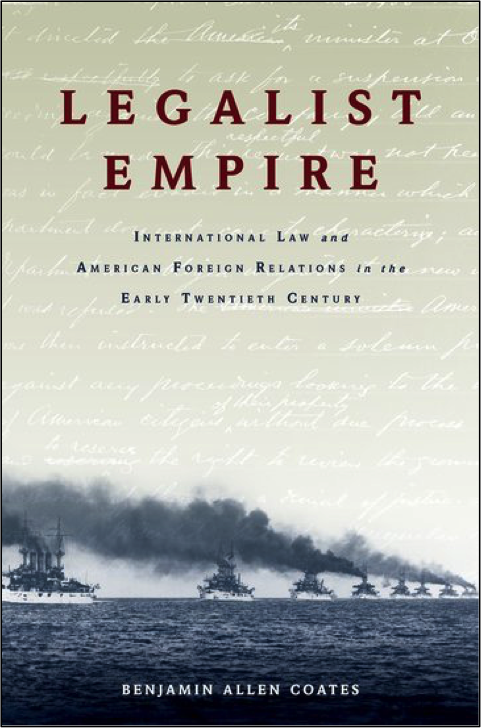 Legalist Empire is an admirable analysis of United States foreign relations in the early twentieth century that focuses on the influence of international law. Having consulted an impressive array of their published material and personal papers, Benjamin Coates convincingly demonstrates that, during the first two decades of the twentieth century, international lawyers helped shaped the ascendency of the United States and justified the expansion of its empire among governmental policy makers and within wider intellectual discourses. Driven by a desire to put ‘international law into the history of American empire, and the history of empire into international law,’ Coates successfully collates disparate scholarship that has, until now, been scattered across several disciplines (5).

Coates argues that international lawyers were able to influence United States policy through serving the government both directly and indirectly. Every Secretary of State between the Spanish-American War and the end of the First World War, such as Elihu Root and Robert Lansing, had been a lawyer beforehand, and many others, including John Bassett Moore and James Brown Scott, held governmental positions from which they could rationalise and shape the direction of United States foreign relations. Because most international lawyers held a variety of prominent positions throughout their careers, serving as academics, statesmen and leaders of organisations such as the American Society of International Law, they were able to tap into a discourse of professionalism that prospered during the Progressive Era. Presenting themselves as respectable and learned ‘defenders of an ethic of self-restrained manhood’, international lawyers justified their policy suggestions and the value of legalism to policy makers (9). 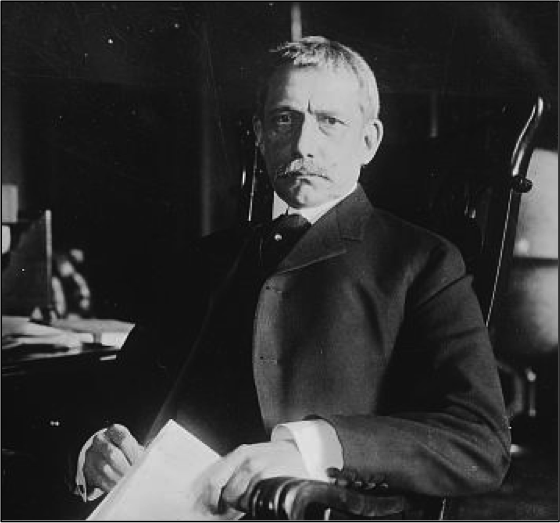 Elihu Root – An influential lawyer who held the position of President of the American Society of International Law, Senator for New York, Secretary of War and Secretary of State throughout his career. Coates describes Root as ‘a fixer. You turned to Root when you wanted something done, and he got it done.’ (108).

Legalist Empire explores these issues in a chronological structure. It opens with a short pre-history of international law before turning to the aftermath of the Spanish-American War. It was in this moment that lawyers such as Root and Moore sought to legitimise the formation of an overseas empire, turning from a discourse seeped in ‘narrow technical obfuscations’ to one that promoted notions of civilisation (41). The following two chapters chart the professionalisation of international law and how a ‘legalist-imperialist complex’ was embraced by policy makers (100). The fifth chapter presents a fascinating case study of legalism’s implementation in Latin America in which Coates argues that legalism facilitated United States hegemony in the Western Hemisphere. The final two chapters trace the legalist project through the First World War and examine the ultimate failure of legalists to provide an alternative to the League of Nations. Even though legalists began to divide among themselves in the inter-war period and brought about the dissipation of the legalist project, Coates ascertains that ‘international law would remain a part of global politics even in the dawning age of American superpower’ (176).

With its engaging narrative and convincing arguments, Legalist Empire is highly recommended for scholars with an interest in legal, imperial and diplomatic history and is a must-read for historians working on early twentieth century United States foreign relations.

Alex Bryne submitted his PhD in American Studies and History at the University of Nottingham in 2017. His thesis traces the history of the Monroe Doctrine during the early twentieth century and addresses the relationship between notions of national security, regional hegemony, and Pan-Americanism.
View all posts by Alex Bryne →
Tagged  C20, Foreign Policy, Imperialism, Law, Politics.
Bookmark the permalink.