Review: ‘American Communities: Between the Popular and the Political’

‘American Communities: Between the Popular and the Political’, Swiss Association for North American Studies Conference, 4-5 November 2016.

Since the early 1980s, before which, according to Jean-Luc Nancy, ‘the word community was unknown to the discourse of thought’,[1] the concept of ‘community’ has experienced a meteoric rise in politics, cultural discourse and academia. While the OED defines community as a group of people ‘shar[ing] the same interests, pursuits, or occupation’ and ‘distinguished by shared circumstances of nationality, race, religion, sexuality, etc.; esp. such a group living within a larger society from which it is distinct’,[2] this notion of community is too simplistic and in fact ‘colored by romantic nostalgia for homogeneity, closeness, and sameness’[3]. The works of Nancy, but also of George Bataille, Maurice Blanchot and Étienne Balibar, have gone beyond these nostalgic notions and have laid the philosophical foundations for our contemporary discussion on ‘community’, building, of course, on everything from the Ancient Greek idea of the polis up to Habermas’ emphasis on communal consensus. This year’s SANAS (Swiss Association for North American Studies) conference was informed by these theoretical aspects but certainly not limited to them. Even though only few of the conference participants took such a theory-laden approach – as happened, for example, in the panel ‘Philosophical Reflection on Community / Communitas’ – the keynotes, papers, discussions and author-meets-critics session never lacked the critical edge with which to address this topic filled with tensions between self and other, sameness and difference, openness and closedness, inclusion and exclusion.

Always shifting among Swiss Universities, this year’s biennial SANAS conference took place in the capital city at the University of Bern and was organized by Dr. Julia Straub (University of Bern), Ryan Kopaitich (University of Bern) and Dr. Lukas Etter (University of Siegen). While the conference was packed with renowned researchers – for example, the keynote speakers Miranda Joseph (University of Arizona) and Frank Kelleter (Freie Universität Berlin) – it also welcomed PhD and undergraduate students. Moreover, the conference was enriched by Dr. Christian Budnik and Dr. Jörg Löschke (two philosophers from the University of Bern and representatives of the Schweizerische Philosophische Gesellschft SPG), who discussed perspectives from their research and how it could impact and contribute to work being done in the various fields under discussion. This diversity provided for an exciting two-day conference and offered a wide range of topics located on the dynamic spectrum between the popular and the political. 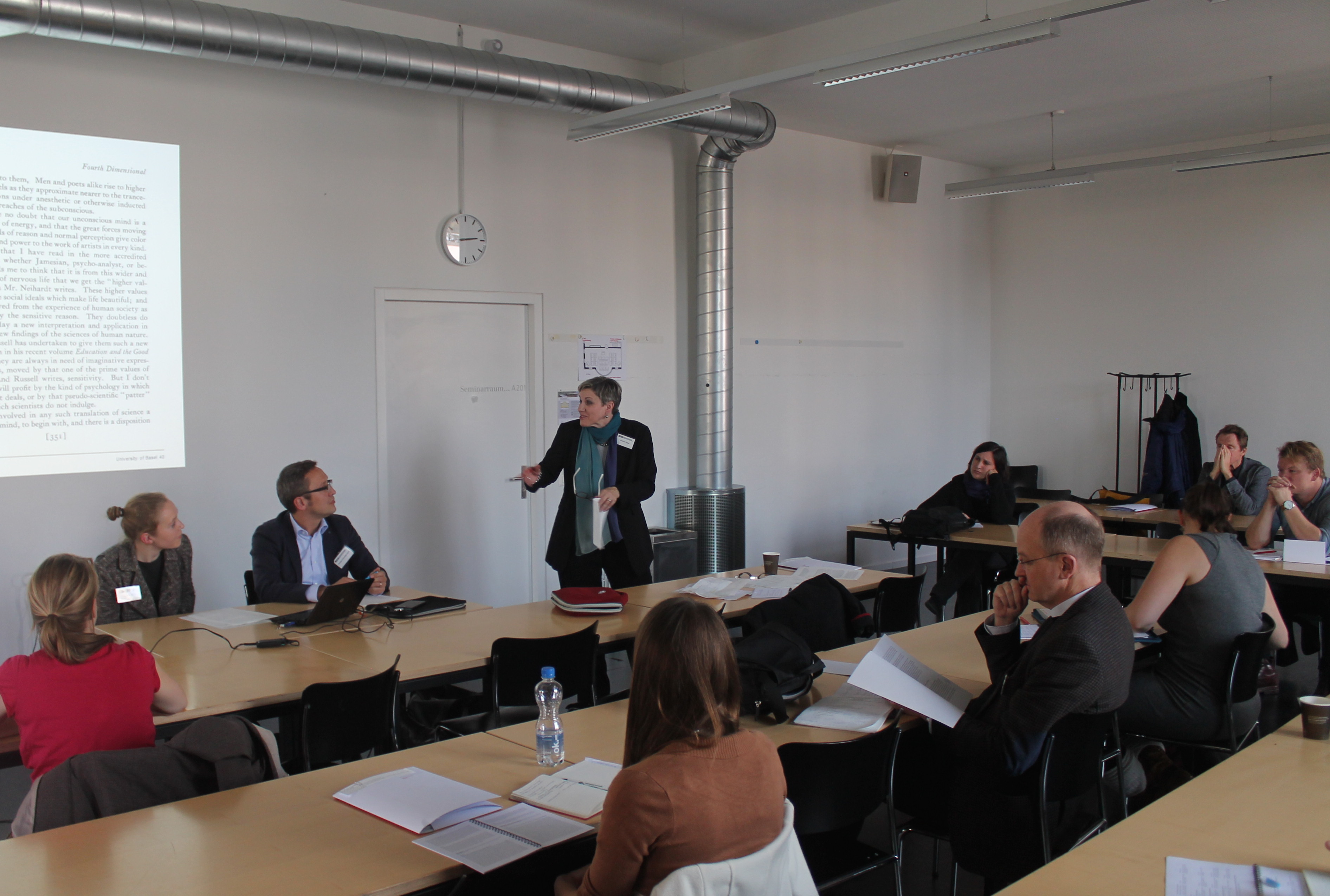 Even though it is impossible to talk about community without taking both sides of this spectrum into consideration, one could observe individual tendencies among the more than 40 contributors to focus more on the political or on the popular aspects. The popular dimensions of community studies were illuminated in particular by Frank Kelleter’s keynote ‘Community, Mediality, Seriality’, in which he argued that the capitalist logic of seriality, in other words, the ideology of continuation, creates Latourian agents of imagined communities among the audiences. He furthermore illuminated the complex feedback loops between those communities and the series, dynamics which have a massive influence on the progression of the series itself. Kelleter’s idea of medially established imagined communities was picked up in the two panels on ‘Communities and TV Series’ and ‘Online Communities’, where popular TV series like Community (2009-2015), Generation Kill (2008), Homeland (2011- ) and Twin Peaks (1990-1991) were scrutinised from a community building, maintaining, negotiating and subverting point of view. Recurring issues for the discussions were the communal importance of shared practices in contrast to shared opinions, the distribution of power in these mediated networks, and the fundamental question of whether these popular media products can perform a subversive function at all.

In fact, the element of subversion – with regard to neoliberalism and the concept of community itself – ran like a unifying thread through the whole conference, which covered topics on American communities from the nineteenth century to the present. Apart from the panels ‘Creative Communities – Subversive Communities’ and ‘Community, Power, Resistance’, in which, for example, the novels of Timothy Findley and Alexie Sherman were discussed, Miranda Joseph’s keynote was the prime example for such a critical engagement with the node between identity, violent history and community. In ‘Envisioning Queer Collectivity, Contesting Racial Capitalism’, Joseph went along with José Esteban Muñoz’s theory on queer-of-color communities and scrutinised them for their compatibility with capitalism and governance. 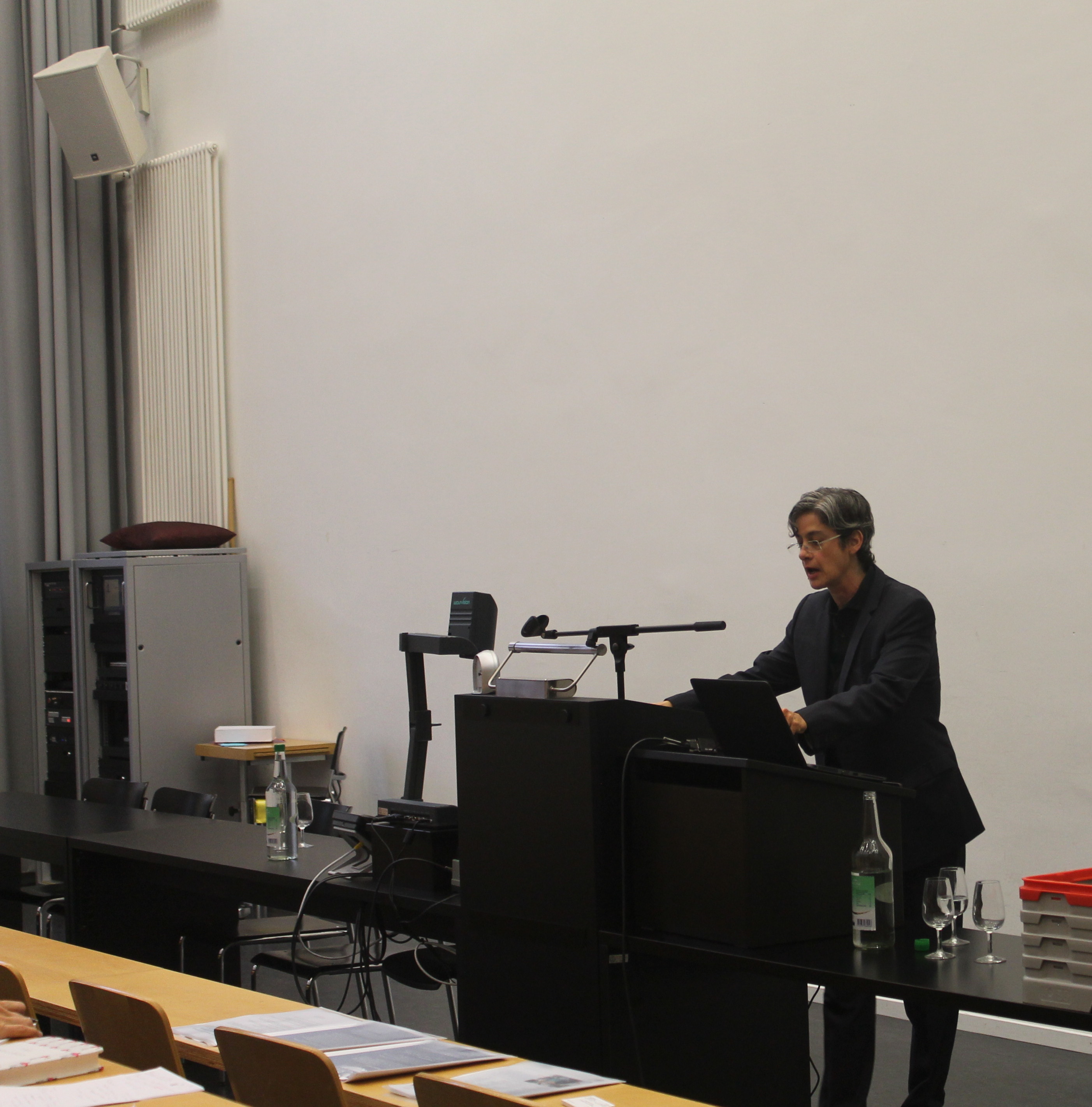 Community formation among minorities and their role within the respective dominant regime was another extensively discussed topic. The intriguing negotiations of the more problematic sides of America’s so-called ‘melting pot’ showed, yet again, that the communities of and among Native Americans, African-Americans, homosexuals, 55+ citizens, women in general and other marginalized groups have yet to find a way for a peaceful social and political co-existence in a white, western, patriarchal society. While Kelleter and many other participants discussed how the phenomena of seriality, mediality and popular culture can bring these different communities together in an imagined community of shared practices, Joseph’s keynote and many papers focused on these fissures and their political implications within and between communities. The innovative author-meets-critics session, in which Agnieszka Soltysik Monnet (University of Lausanne) and Nicole Schneider (Catholic University Eichstätt-Ingoldstadt) discussed Thomas Austenfeld’s article on the communities in Louise Erdrich’s work (University of Fribourg), illuminated these central issues from an enriching, new angle, for once bringing more than one expert voice on the same issues to the table.

The main goal of the biennial SANAS conferences is to bring Swiss scholars working in the field of American Studies together, to foster the ties between them and international researchers, and – fitting the topic of the 2016 conference – to create a platform on which they can find common ground and cultivate an academic community. That this objective has clearly been achieved could be seen in the eagerness of some of the conference participants to meet again, for example at the U.S. embassy’s event on the U.S. presidential elections or in the Bernese workshop ‘Cultural Dimensions of Sustainability’, both of which took place one week after the SANAS conference. In all three instances, the topical importance of community as well as the relevance of the younger generations became clear yet again. As a whole, this year’s SANAS conference reflected the ambivalent state of constantly being torn between self and other, unity and fragmentation, and harmony and disharmony that characterizes the community discourse. The conference pointed toward a number of yet unresolved questions, opened up many avenues for further investigation, and made for a fantastic event that strengthened the community within and beyond the university halls.