It is perhaps fair to say that contemporary American culture and politics are marked by volatility and uncertainty. With this in mind, the recent King’s College London American Studies research group’s first annual conference seemed particularly apt. In acknowledging the unreliability of established collective cultural memories and histories, the event centred on the way in which counter memories could potentially subvert dominant cultural narratives. The foundational idea was to take what we think we know about American orthodoxy, and explore, interrogate and challenge it from a variety of new perspectives, offering criticism which amplified the voices that are so often shouted over in traditional discourse. 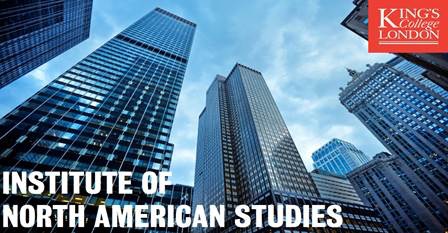 The interdisciplinary approach employed by the American Studies research group, widely acknowledged as crucial to the field, was apparent in the wide variety of panels presented over the course of the two days. It was perhaps most evident in the range of disciplinary backgrounds present within the individual panels. Some particularly interesting combinations included the opening panel, ‘Counter Memory’, which featured Ruth Beecher (Birkbeck), Sally Sowter (California State University) and Lucy Thomas (LSE/KCL) who have backgrounds in history, English literature and political science respectively. In spite of their differing disciplines, these scholars managed to come to similar conclusions on the manner in which different voices have engaged and ‘written back’ against the hegemonic narrative of cultural memory, albeit through different mediums. Similarly, it was interesting to watch the unlikely grouping in a panel on ‘Allegory’ approach the issue from very different backgrounds yet present a series of papers that complimented and emboldened the arguments in each. Diarmuid Hester (Kingston University) gave an engaging illustration of his work on ‘hoarders’ while Caroline King and Terence McSweeney (Southampton Solent University) drew on their work on Stephen King’s Doctor Sleep (2013) and Frank Darabont’s The Mist (2007) to find parallels and allegory in contemporary US society. These differing approaches to consideration of contemporary U.S. culture demonstrated a multiplicity of narratives, drawing together contemporary concerns about consumerism and capitalism.

Dr. Jenny Woodley’s (Nottingham Trent University) provided the keynote address on at the end of the first day, discussing Mary MacLeod Bethune’s monument in Lincoln Park. Woodley’s engaging presentation analysed the historic, geographic and iconographical elements behind the monuments in Washington DC, specifically the struggles and debates that occurred behind its planning and its impact since completion. Woodley argued convincingly that Bethune’s monument ‘demanded a place for black women in national history’. The National Council for Negro Women (NCNW) fought to correct the portrayal of Bethune as someone who benefited from the founding fathers’ principles, rather than as someone who fought against them. The story of black women and their contribution was missing from the capital’s monument landscape, until the monument’s inception. Much like the panels which preceded it, raised important questions about the reality of remembered history and presented examples of the ways in which it can be challenged. 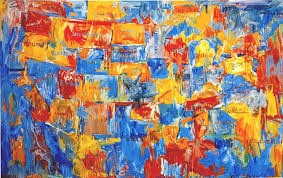 The questions raised by Woodley’s keynote continued to shape discussion the following day.  Gwynne George’s (University of Manchester) paper, ‘Towards a Critical Recuperation of Terry McMillan (Intersectional Feminism in the Mainstream)’ was a particularly good example of this. George had the perhaps unenviable task of being the last to present in the two-day conference. However the delivery of his research on Terry McMillan’s ‘sistagirl fiction’, and the important place he believes it occupies in intersectional feminism, was certainly worth the wait. George argued convincingly that McMillan’s often maligned novels, while not stylistically the most sophisticated literature in existence, had a life-affirming and essentially feminist message for black women. He argued that it filled a void not satisfied by mainstream cultural output, such as Sex and the City which was criticised widely for its exclusion of people of colour despite being set in New York City. Not only did the presentation itself bring to the fore an area of American literature which many of the attendees were unfamiliar with, but it also inspired a lively debate in the question and answer session that followed. Indeed, these discussions were encouraged by Jillian Wingfield’s (University of Hertfordshire) paper on ‘revenant racism’ in Octavia Butler’s Fledgling (2005). The two papers stimulated enthusiastic discussion of genre fiction, the current state of American feminism, ‘White feminism’ and its exclusion of WOC voices and crucially, who gets to decide what is ‘feminist’ and what is not.

The explorations of cultural products which are often overlooked as academic objects of study continued with Ben Collins’ (KCL) paper in the ‘Political Critique and Censorship’ panel.  Collins drew on his research in King’s own War Studies department examining military narrative and counter-narrative tensions in post-9/11 videogames. Collins even asked for a show of hands before he began to ascertain the level of attendees who were ‘gamers’, of which there were few.  Yet his research into a popular cultural medium was truly fascinating, demonstrating again the value of interdisciplinary engagement. Of particular interest was his theory of rehabilitative and restorative purpose of re-telling real-life US military escapades, particularly ones that went awry, through the videogame. He identified interesting cultural, if predictable, trends in gaming such as the overtly jingoistic and absolutist nature of much of the content immediately post-9/11. Yet he also examined the current trend towards a hybrid of militarism and science fiction, suggesting an avoidance of the current geopolitical reality amongst US gamers.

In academia it is perhaps easy to shut oneself away in one’s own niche area of research and interest. Yet, the interdisciplinary nature of American Studies makes this difficult, actively encouraging—if not demanding—that scholars work at the intersections of culture, politics, history, or literature. The ’Writing Back’ conference—engaging with contemporary politics and culture to often overlooked texts and media—provided an exploration of American identity which went beyond canonical texts and dominant areas of scholarly consideration. It emphatically asserted the value and importance of engaging beyond accepted cultural memories and histories, so important in current scholarship.

Review: 'Indigenous Mobilities: Travellers through the Heart(s) of Empire,' Beyond the Spectacle (On...
Review: BrANCA Reading Group Session, 'Forgotten Sensations' and Sensationalism
Review: The US and Us: American History in Britain in the Twenty-First Century