Chickasaw Gender Roles and Slavery During the Plan for Civilization

Throughout November 2015, U.S. Studies Online will be publishing a series of posts to mark Native American Heritage Month. In the first post, Jeff Washburn (University of Mississippi) discusses the evolution of gender roles within Chickasaw society during the early 1800s.

The founding of the United States altered the relationship between the Chickasaw and white Americans. Adopting a “plan for civilization,” President George Washington and his Secretary of War, Henry Knox, commissioned Indian agents, like Benjamin Hawkins in 1796, to encourage the adoption of scientific agricultural techniques and a yeoman farming society in an attempt to encourage Southeastern Indians to sell off excess hunting lands for white settlement. This program was also meant to change Chickasaw gender roles and family leadership, both of which were the domain of women, to conform to white American concepts of paternalism and male leadership. The Chickasaw, however, adapted the plan for civilization to their own ends, and in ways that made sense in their culture. They embraced the economic advances associated with African slave labor and cotton production, while at the same time resisting attempts by the United States to change their cultural practices and concepts of leadership. 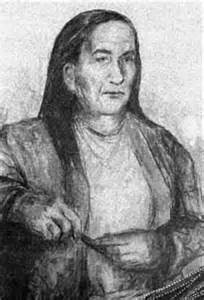 The Chickasaw began to adopt the plan for civilization at the beginning of the nineteenth century. Presbyterian minister Joseph Bullen lived in Chickasaw country for extended periods in 1799 and 1800, and on first arrival, he noted that the majority of Chickasaw men still hunted, with agricultural activities left to women. While the majority of the Chickasaw continued to hunt and subsist on communal farming, a subset of the leadership, namely George and Levi Colbert, queried Bullen on ranching and commercial crops. In the years after Bullen left, the adoption of plantation agriculture and ranching sharply increased for the Chickasaw, and reliance on deerskins as the primary way the Chickasaw integrated themselves into the marketplace waned. This economic transition prompted a shift in settlements for the Chickasaw. Previously, the Chickasaw inhabited townships and communally shared crops of corn, beans, and other food staples. Now, the Chickasaw dispersed and settled on individual farms, ranches, and plantations and exported cattle, pork, corn, and cotton rather than deerskins.[1]

The plan for civilization encountered resistance when Indian agents required men to begin farming, essentially asking men to take on feminine roles. Chickasaw labor was split along gender lines, with women farming and men hunting. For men to farm meant not only a shift in gender roles, but a violation of spiritual order. Instead, raising stock and herding proved a more attractive economic alternative to men.[2] The acquisition of slaves also provided Chickasaw men a way to circumvent farming by overseeing slaves in plantation style agriculture. The Chickasaw represented the largest and most unified importers of slaves per capita for Indians in the Southeast. From 1800 until Removal in 1837, Chickasaw men took on roles as farmers and ranchers with increasingly greater numbers, and progressively incorporated slaves as laborers. Removal census data taken in the 1830s note 1,233 slaves living with 5,000 Chickasaw. In comparison, 521 slaves were owned by a Choctaw population of 19,500 Amerindians, 902 in a Creek population of 22,700, and 1,277 in a Cherokee population of 16,000.[3] Slaves and Chickasaw men were challenging the economic role for women.

The economic changes and the permeation of slavery, however, did not mean the Chickasaws assimilated white American social and cultural practices. White Americans were patriarchal and considered women subservient to men, with men as masters of their household. For Southeastern Indians, women maintained social power through matrilineal family lines and their standing as the gender that controlled citizenship through adoption of outsiders into clans until well after Removal. Chickasaw men, even those that were considered acculturated by white Americans, accepted and abided by matrilineal control of the family. Women accepted new roles in the market economy but retained matrilineal household leadership and the ability to own property–including slaves.

One example of this is Betsy Love, whose slave, Toney, was forcibly taken and sold at auction to cover a debt of her white American husband James Allen. Allen’s marriage to Love granted him Chickasaw citizenship as a as an adopted member of Love’s clan. This citizenship provided protection for Allen from legal action from the state of Mississippi. After the Indian Removal Act in 1830, however, Mississippi state legislation abolished Chickasaw sovereignty, which eliminated Chickasaw immunity from Mississippi courts. Because of this, John Fisher, the plaintiff in an 1831 lawsuit, Fisher vs Allen, assumed Chickasaw women had the same legal identity as white American women, whose property belonged to their husbands, and took possession of Toney. The state of Mississippi, however, agreed to observe any and all marriage rights and customs of the Chickasaw, even after the Indian Removal Act.[6] These rights included the right for Betsy Love to maintain property ownership outside of her husband’s legal grasp. Toney was once again Love’s property. In 1839, Mississippi became the first state in the Union to protect married women’s property from the debts of their husbands, allowing married women the right to own property apart from their husbands. The precedent of married women holding property in a common law state was established with the ownership of a slave by a Chickasaw woman.

Adoption of the plan for civilization and the permeation of slavery did not necessarily mean total acculturation to white American social and cultural practices. Chickasaw women retained political and social power despite undergoing economic role changes. Betsy Love’s case illustrates that, even as men displaced women in the fields, women still maintained control over the household. By studying Chickasaw women, it becomes apparent that the Chickasaw merely adapted white American economic practices, rather than ever becoming truly acculturated.

Jeff Washburn is currently a PhD student in the Arch Dalryple III Department of History at the University of Mississippi. His primary focus concerns the Chickasaw and their relationship with the United States before Removal. His interests, however, cover the majority of Southeast Indian history, with a focus towards race, gender, and economics from contact until Indian Removal.
View all posts by Jeff Washburn →
Tagged  C19, Gender and Sexuality, History, Native Americans, Slavery.
Bookmark the permalink.