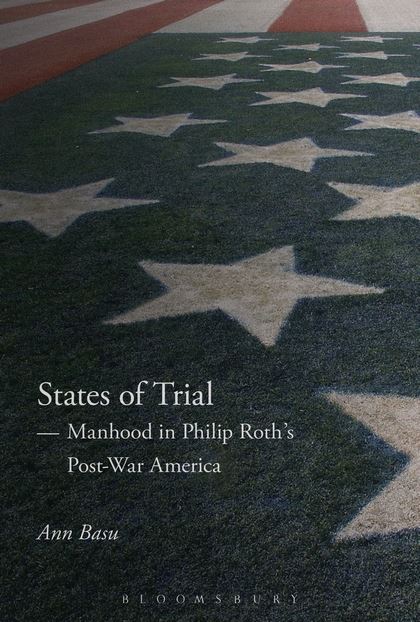 Given that Philip Roth has spent most of his career defending his writing, it’s appropriate that his ‘retirement’ would only be a spur to further debate amongst his readers. After a quiet announcement in the French cultural magazine Les InRocks (so quiet that the Anglophone world didn’t pick up on it until a full month later), Roth called time on a long and storied career. Since then, several critics have already published research that attempts to grapple with the complex issue of Roth’s literary legacy. One of the best of these works is Ann Basu’s recent monograph States of Trial.

Basu explores the intersection of Jewish identity, national identity and masculinity through an exploration of the trope of the trial in Roth’s later works. This enables her to discuss everything from “male fraternal bodies” to ghostwriting, portraying Roth as a writer who is able to be ambitious in his thematic scope whilst remaining attuned to the whims of human fallibility (130).

Basu has faced the same problem as every recent critic who has written about Roth’s work: which texts to write about. Many critics have opted to focus on a trilogy of novels Roth wrote between 1997 and 2000 (American Pastoral, I Married a Communist and The Human Stain) which are most often referred to as the ‘American Novels’. Others, such as Debra Shostak, attempt an approach which ranges across Roth’s 32 published works. Still others, like David Brauner, offer an approach that combines a focus on a selection of works with comparative readings of authors such as Brett Easton Ellis and Jonathan Safran Foer.

Basu combines aspects of all of these approaches, focusing her discussion on the American Novels whilst framing her argument with analyses of other works. Her monograph deftly weaves close reading with interpretations provided from critical theorists (most notably, Jacques Derrida), building to a conclusion in which Roth’s later works are described as “progressively expos[ing] the sense of contradiction and conflict at the heart of American self-making” (166).

The monograph begins with an overview of its theoretical basis and a justification of its scope, before moving on to discuss three early novels in which Roth first used Nathan Zuckerman as a narrator. It progresses to discuss the significance of Roth’s 1993 novel Operation Shylock, before devoting a chapter in turn to each of the American Novels, concluding with short chapters on the subsequent alternative history novel The Plot Against America and four short (and oft-derided) novels that Roth produced immediately prior to his retirement. 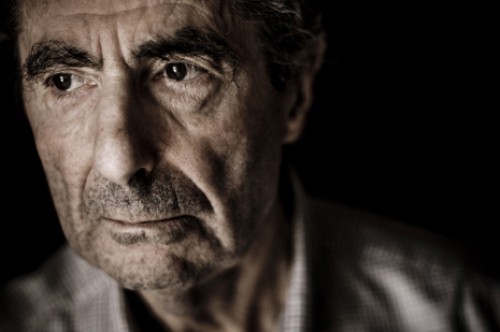 The most significant innovation in Basu’s book is the inclusion of Operation Shylock in a discussion of Roth’s later works. In doing this, she manages to extend the scope of the American Trilogy in a direction that no other critic has been willing to explore in as much detail, whilst simultaneously making a powerful case for an undervalued novel. Basu’s study of Operation Shylock allows her to make the links between political speech, Jewish identity and the trope of the trial that inform many of her subsequent analyses. The chapter is complex and compelling, arguing in part that Roth’s novel explores “the place of speech in the problematic context of Israeli and American politics” in an attempt to undermine the claims of state-authored rhetoric (47).

The success of this chapter is crucial for that of those that follow. Basu’s work on American Pastoral and The Plot Against America is innovative, but a chapter on I Married A Communist shows her analytical inventiveness at its most effective. Her argument that Roth’s use of the trope of the trial enacts a subversion of the Bildungsroman format enables her to explore the complexities of identity in Roth’s protagonist, Ira Ringold. Ira thus becomes “American contradiction personified”, an idea developed through an attentive reading of the character’s use of disguise and performance. The subsequent chapter on The Human Stain, with its uncritical use of phrases such as “political correctness” and its reliance on pre-existing arguments, seems less substantial in comparison (91) (111). Nonetheless, even this weaker chapter maintains the overall argument of the book whilst making intriguing comparative readings – such as one which compares Roth to his fellow writer (and unexpected ally) Ralph Ellison.

This is a small quibble in what is an important contribution to critical discussions about Roth – indeed, it’s a testament to the rigor of Basu’s argument that most of its apparent flaws can be interpreted as means to extend her argument. For example, it initially seems strange that the monograph does not discuss 1990’s Deception, in which the narrator is playfully put on mock-trial for misogyny – not to mention the more explicitly politically engaged work that Roth produced in the 1970s, which is glossed over entirely. What justifies these omissions is Basu’s subtle and convincing theoretical frame, which is rigorous enough to be specific to the works she discusses yet pliable enough to encourage further associations.

Other qualms with the monograph are perhaps more subjective – I believe that Roth’s elegant and understated novella The Ghost Writer does not suffer for an absence of commentary on “American identity and nationality” in the way Basu implies, and his later work The Dying Animal surely deserves more than a dismissal as a “relatively minor short work” (25) (165). None of these claims detract from the quality of Basu’s scholarship, and all serve to prove the endless variety of interpretations that this most controversial of American writers has been able to initiate.

Mike Witcombe recently completed a PhD at the University of Southampton, submitting a thesis which explored depictions of sexuality in Philip Roth’s Kepesh novels. His current research explores unpublished material in the Philip Roth Papers, and he has additional research interests in Jewish studies, psychoanalysis and baseball fiction.
View all posts by Mike Witcombe →
Tagged  C21, Contemporary Fiction, Gender and Sexuality, Masculinity, War.
Bookmark the permalink.