Trauma, Code and 9/11: Reading Vulnerability in a Digitized Present 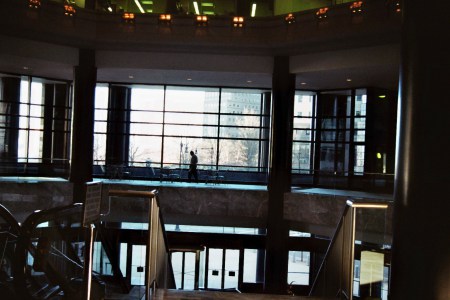 On September 11, 2001, terrorist attacks swept seismic waves of vulnerability, shock and grief to a global audience watching aghast in front of television sets. As the sheer assuredness of the Twin Towers crumbled into ruin and debris, many of the first impressions captured by writers and artists show how the vulnerability of human existence suddenly resurfaced. It is therefore no coincidence that the most infamous photograph of the attacks, Richard Drew’s Falling Man, zooms in on the helplessness of human existence within collapsing technostructures.

For some time it might have seemed, therefore, that the footprint of the Twin Towers would become a site of vulnerability, pain and loss, and the 9/11 memorial that has been built since certainly respects this. However, this site is a more complicated palimpsest. It is inextricably entwined with the iconicity of the attacks, and the repetitive, flashback-like imagery of the planes hitting the towers detaches the event from its grounding in material reality. 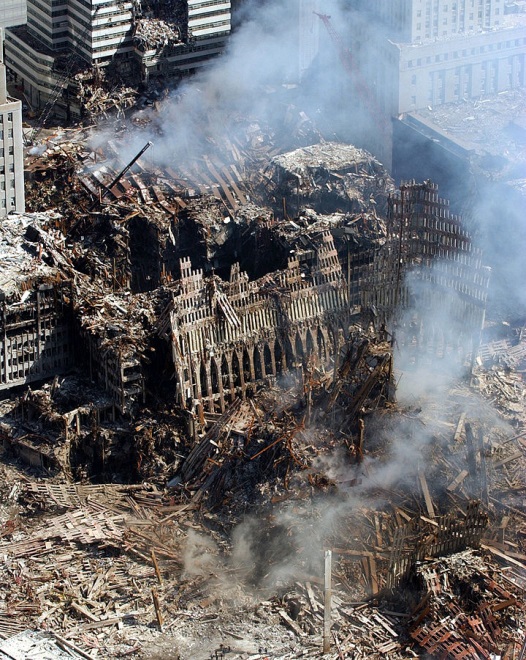 Therefore, what struck me about the ways in which these attacks were witnessed is this paradox: the attacks were immediately framed in a discourse of trauma, and this is a radically intimate phenomenon. Trauma, or PTSD, haunts its survivors, breaks through normal cognitive networks, and eludes our habit of framing memory in language. Trauma theorists like Cathy Caruth thus understand trauma to be an unspeakable, pre-discursive experience beyond language. There is also an ethics inherent in this, which warns of trivializing experiences at the borderline of life and death.  Yet whether we approve or not, 9/11 was everything but a black hole in discourse. It was an experience shared and witnessed across the globe, and enveloped the suddenness and intimacy of pain in the repetitive loops of an increasingly virtual media coverage.

Exploring trauma in a contemporary context thus means tackling the tension between the individual intimacy of suffering on the one hand, and the globalized networks of witnessing, politicizing and representing terror on the other hand. Trauma studies need to embrace the fact that trauma entails discourse. An aesthetics of unrepresentability or unspeakability cannot account anymore for the ways in which cultural forms respond to terror – and this is a simultaneously ethical and aesthetic challenge.

Writers approach this in manifold ways. They stage how the traumatic moment of impact turns into a haunting, absent presence, which is displaced and encoded (metaphorically but often also literally) in networks of repetition and disguise. However, what keeps these trauma texts from dissolving into layers of code is the pure embodiment of human life. The precariousness of bodily being becomes the practice from which a language of trauma is rebuilt in a digitized contemporaneity.

Patterns of disguise and repetition characterize DeLillo’s novel Falling Man (2007). The title  sets the scene,  but in a very subtle sense. It evokes Richard Drew’s photograph, but unlike other 9/11 novelists who use visuals (J. S. Foer’s Extremely Loud & Incredibly Close being the most well-known example), DeLillo does not incorporate this image directly in his text. References to this disturbing image are once removed and filtered through performance artist David Janiak, who re-enacts the fall in the Manhattan city space by dangling, alone yet publicly, from urban structures such as railway bridges. Keith Neudecker himself is a falling man, as he has become adrift in an unhinged post-traumatic world. The real instance of falling, however, remains elusive. It is referenced only indirectly, in Keith’s flashbacks of a shirt falling past his window in the WTC while his friend Rumsey is dying. It is this absence that motivates the chain of repetition and displacement which hides and simultaneously holds present the falling person, the photograph, and the lost grounding of Keith’s world. DeLillo also employs a narrative dynamic of uncoupling, so that signifiers increasingly detach from meaning. When ‘Bill Lawton’ stands in for ‘Bin Laden’, ‘Martin Ridnour’ for the former RAF sympathizer ‘Ernst Hechinger’, names lose their reference and the television images of the planes, compulsively watched by Keith’s wife, only enhance the impenetrable nature of the event. DeLillo’s subtle aesthetics of the aftermath thus takes a clear stand on the ethics of witnessing trauma: No representation, be it performed, linguistic or photographic, can really signify what happened. Rather, the key to approaching this shock lies in human embodiment. The sense of a shared human corporeality, “blood rushing to his head, away from hers”[1] (Falling Man 168) is what enables Lianne, Keith’s wife, to develop an empathy for the traumatized survivors that is beyond the reach of language. Trauma has been associated with the body since Sigmund Freud and Pierre Janet (Freud’s contemporary, a French psychologist working at the Salpêtrière in Paris), and this takes on a new meaning here: trauma counteracts the tendency of 9/11 to drift into the virtuality of repeated imagery because it is grounded in corporeality. Against the imagery gone viral, against the discourse of national trauma and patriotism, DeLillo posits the vulnerability of the human body which enables pain and empathy in one. 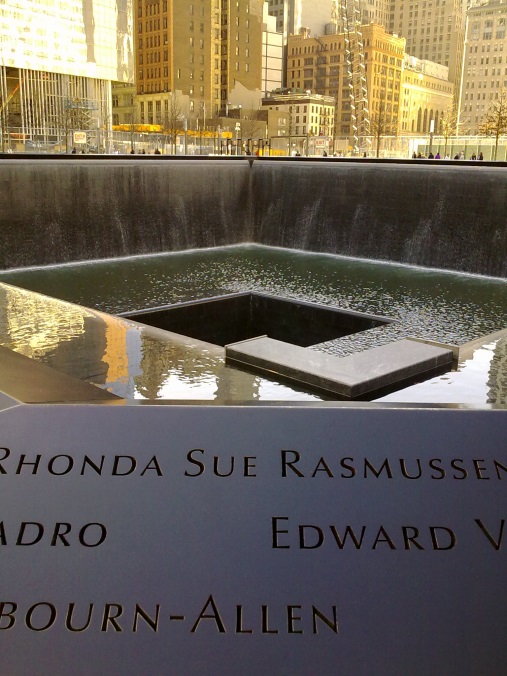 The absent presence of trauma is a common trope in post-9/11 fiction, and beyond DeLillo’s subtle networks, William Gibson firmly and explicitly inscribes his 9/11 novel into code. In Pattern Recognition, protagonist Cayce Pollard is a ‘coolhunter’ on the quest for fashion novelties who live off and within a parallel universe in which the Vietnam War functions as a designer’s tool in hip restaurants. Her father, a former secret agent for the US government, went missing on 9/11, and Cayce feels more and more at home in the online forum ‘F:F:F’ which is dedicated to uncovering enigmatic fragments of a video footage hidden in code. Its estranged, noir aesthetic refuses any certainty of time, plot or setting, and it is this timeless, serene quality that draws Cayce in. Typically for the ambivalent economies of the novel, her boss Bigend soon decides that this video art is also a fine piece of guerrilla marketing, and he sends Cayce on a global quest for its makers. She eventually succeeds after travelling through global geographical and virtual spaces, and finds a traumatized young woman severely injured in a post-Soviet Union terrorist attack. The complex codes of the watermarked video footage enable her to publish videos while simultaneously hiding her own traces, but these codes are not arbitrary: they can be translated into a t-shaped map – the exact outline of the piece of shrapnel in lodged in the head of Nora Volkova, the maker of the footage. Cayce, an intuitive talent who can sense the effectivity of a logo in her own bodily, allergic reactions, has the right sensorium to find the origin of this trauma art embodied in code.

The further we move away from the attacks, the further this triangle between embodiment, digitization and trauma develops. Thomas Pynchon’s 2013 novel The Bleeding Edge, further removed from 9/11 but still defined by it, turns the crisis of trauma into a crisis of reality in a digital age in the convoluted cityspaces and deep, virtual spaces of .

Trauma shatters what we know and hold for true, and these 9/11 texts find unexpected ways out of this. They are fictions of terror that embrace the reality of trauma within a digitized world. Beyond mourning, the experience of terror becomes the starting point for re-defining the place of the individual in the convoluted realities of our present day. These texts are a sensorium for a more humane present in the face of global terrorism.

‘Still being sent to Nam to protect America's myths’: Anti-war Soldiering and the Challenge to Cold ...
60 Seconds With Sylvia Ellis
How American Commentators Commit Violence Against the Middle East

Katharina Donn’s first book, A Poetics of Trauma after 9/11: Representing Vulnerability in a Digitized Present, is under contract with Routledge Research to be published this year. She works internationally, between Germany and London, and is employed as associate lecturer and post-doctoral research fellow at the American Studies Department at the University of Augsburg. She currently also holds a visiting research fellowship with the Institute of Advanced Studies at UCL.
View all posts by Katharina Donn →
Tagged  C21, Contemporary Fiction, Cultural History, Gender and Sexuality, Masculinity, Media, Politics, Popular Culture, War.
Bookmark the permalink.