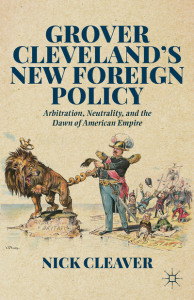 President Grover Cleveland has become a rather neglected figure in the history of United States foreign policy. Despite presiding over the reinvigoration of the Monroe Doctrine, his non-sequential presidencies are often overlooked in terms of foreign policy due to their close temporal proximity to the Spanish-American War, an event which dominates historiography. Rather than viewing his presidency with the war in mind as the end point of all post-Civil War foreign policy, Nick Cleaver presents an intriguing re-examination of the president and his two chief policy makers, Walter Gresham and Richard Olney, which argues that his foreign policy was formulated with a distinct vision of how the United States should conduct itself in the world that was different from both his predecessors and successors. (3-4) Choosing to focus on Cleveland’s second presidency, as the first was ‘relatively free of incident in regard to foreign policy’, Cleaver argues that Cleveland directed the implementation of a foreign policy template which ‘sought to place American actions on foreign relations within clear moral and legal bounds’. (20-23) In particular, this involved a strict adherence to neutrality within the confines of international law, respect for small nations’ sovereignties in international disputes, and the upholding of certain American traditions such as the Monroe Doctrine.

Cleaver begins in his introduction by describing the changes on both the domestic and international level which facilitated the development of this legalist based foreign policy, ranging from changes in the United States economy and society to the rise and decline of other nations. (4-16) He makes quite plain, however, that Cleveland did not actively seek to implement this foreign policy framework when he first returned to the White House in 1893. Rather, Cleveland developed this policy reactively when events forced him to develop a coherent pattern of policy, with each subsequent event reinforcing his stance more assertively than the last. (23) 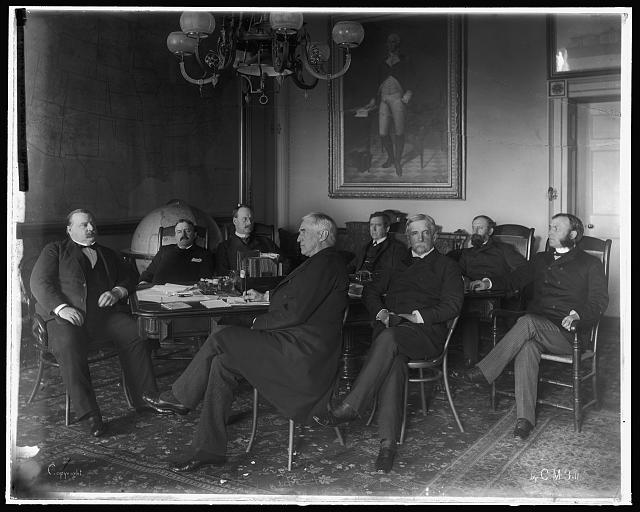 The first of these events was the Hawaiian Revolution of 1893, which saw the nation’s monarch, Queen Lili’uokalani, overthrown after she attempted to re-write the Hawaiian Constitution. Despite calls for annexation from the Hawaiian Annexation Club and the involvement of American nationals in the coup, Cleveland responded pragmatically and in accordance with international law to the crisis, expressing a sense of paternalism rather than a desire for expansionism. (60-61) During subsequent events, such as the Brazilian Naval Revolt, the Sino-Japanese War, the Nicaraguan Crisis and the Venezuelan Boundary Dispute, Cleveland continued to respond in a legalistic manner with a committal to refusing to let ‘less-base motives’ such as commercial expansionism direct policy. (95) The Cuban War of Independence acted not only as the last event he was faced with but also the ‘final evolution of the administration’s policy template’, in which Cleveland refused to allow his authority to be challenged by Congress. (147) 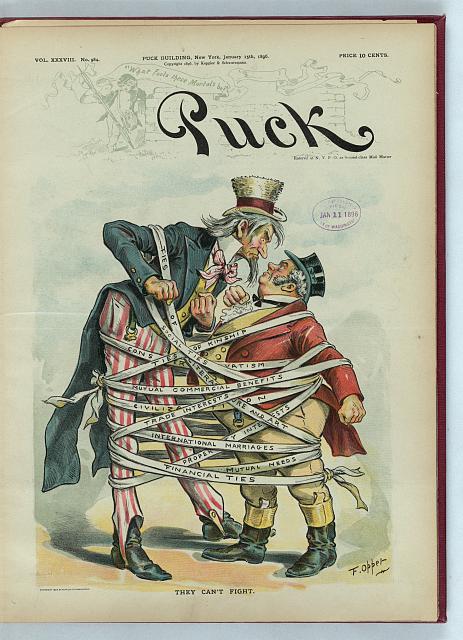 Unfortunately for the president, his foreign policy framework did not survive under his successor William McKinley, about which he would often express disappointment. (206-207) Cleaver argues that the growing power of non-governmental influences on foreign policy formation was an important factor in the undermining of his template, which in turn highlights that Cleveland’s second presidency could be viewed as the last time in which only a handful of individuals directed foreign policy. (209) Ultimately, however, it was the seizure of the Philippines and Puerto Rico after the war with Spain that destroyed the ‘legalism, neutrality, and respect for national sovereignty’ that he had sought to pursue. (210-211)

Yet Cleaver argues that Cleveland’s second term remains an important period concerning the development of United States foreign policy and that his legalist approach is simply absent in historiography because of its failure to survive. Cleveland was not simply ‘the last of the old-guard of nineteenth century presidents’ who enacted policy based on limitations, rather he chose to pursue a policy based on legalism and morality out of a recognition of the changing place of the United States in the global system. (198) The Venezuelan Boundary Dispute, perhaps the most famous of the crises in which the United States and Great Britain clashed over an obscure disagreement over Venezuela’s national borders, was particularly characteristic of his foreign policy: ‘It touched upon the rise of American power, the nation’s growing commerce, and relations between the United States and Europe and Latin America, but its larger significance is a matter of interpretation.’ (122) Unfortunately for Cleveland’s legacy, the Spanish-American War has simply been interpreted as the major event in late nineteenth century United States foreign policy, banishing his policy into obscurity.

Cleaver’s study, however, has certainly reinvigorated Cleveland’s second presidency as a period in which we can learn a great deal about the place of the United States in the world before the dawning of the twentieth century. Based primarily on manuscript collections located in the Library of Congress, Grover Cleveland’s New Foreign Policy is a stimulating and thoughtful account of a president who desired to place foreign policy within a legalistic framework, which is particularly noteworthy when one considers how conceptions of international law melded with foreign policy formation in the early twentieth century.

Alex Bryne submitted his PhD in American Studies and History at the University of Nottingham in 2017. His thesis traces the history of the Monroe Doctrine during the early twentieth century and addresses the relationship between notions of national security, regional hegemony, and Pan-Americanism.
View all posts by Alex Bryne →
Tagged  C19, Foreign Policy, Presidents, War.
Bookmark the permalink.