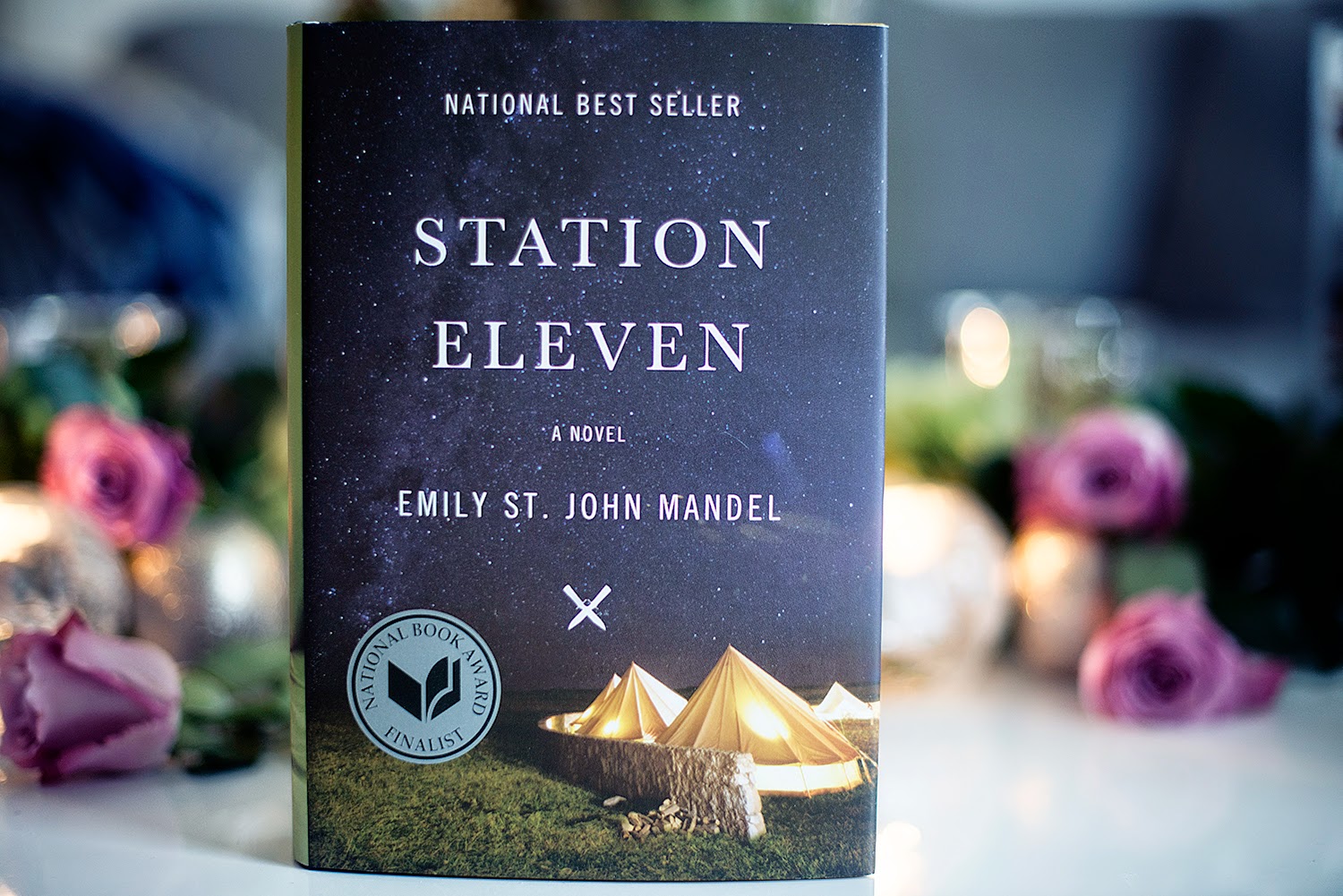 On Tuesday 28th July, Diletta De Cristofaro discussed Station Eleven by Emily St. John Mandel with Fran Bigman, Niall Harrison and Dan King. The panel focussed on the contrast between the beauty and violence of the post-apocalyptic world, and whether the novel could be considered a “quiet” post-apocalyptic novel; the structure of the plot and the connections it traces between space and time; the binary “great” art/popular culture – especially in light of the comic Dr Eleven and of the Shakespeare performances – and the lack of creativity of the post-apocalyptic world. The discussion also touched upon the ending of the book, the diversity of the characters and the Museum of Civilization.

Questions that will guide the chat on the night

Q1. Station Eleven is a very beautiful novel about a very ugly situation. What is the effect of this contrast? (Niall Harrison)

Q2. Station Eleven connects characters across time and distance. Does the novel feel intimate or expansive? Why? (Niall Harrison)

Q3. What do you make of the role played by the comic book Dr. Eleven within the larger narrative of the novel Station Eleven? How is the comic depicted? Some editions of the text contained a loose reproduction of the front page of Vol.1 No.1 at the beginning of Chapter 51. What effect would this extra-textual artefact have had on your reading? (Daniel King)

Q4. Mandel herself has claimed that “When I started writing Station Eleven, I thought it was going to be a quiet book about the life of an actor.” Several reviewers have since picked up this idea of a “quiet” post-apocalyptic novel, with some even claiming that this is “typical” of women writing about the apocalypse. What do you make of this designation? Is the book unusually “quiet” for a text about the end of the world? (Daniel King)

Q5. Anne Washburn’s 2012 play ‘Mr Burns’ deals with similar themes. It begins with survivors of a global catastrophe meeting around a campfire to recount an episode of The Simpsons; it then moves forward to a future 75 years later in which a theatre troupe has turned the episode into musical theatre. Would ‘Great Art’ like Shakespeare be what people would want after a catastrophe, or would they want the comfort of pop culture, as Washburn has claimed?  How might Station Eleven be different if the characters were performing works from pop culture? (Fran Bigman)

Q6. A Guardian review of the book opined that ‘Mandel isn’t interested in how apocalypse might act upon art: this is very much a novel about individual rather than collective destiny.’ Do you agree? (Fran Bigman)

Niall Harrison (@niallharrison) is Editor-in-Chief of Strange Horizons (www.strangehorizons.com), and a reviewer for assorted magazines and journals.

Daniel King (@dan_king86) received his PhD from the University of Nottingham in 2013. He has been working as a Teaching Fellow at the University of Birmingham since 2014. His research focusses on the relationship between contemporary literature and the publishing industry. He has previously published articles on Cormac McCarthy and Jaime Hernandez. His first monograph, Cormac McCarthy’s Literary Evolution: Editors, Agents, and the Crafting of a Prolific American Author, is forthcoming with Knoxville University Press, and he is working on an article on the relationship between Station Eleven, The Brief Wondrous Life of Oscar Wao and The Adventures of Kavalier and Clay.

Fran Bigman (@franbig) received her PhD from the University of Cambridge in 2014 and has also taught 20th-century and contemporary British fiction at Brunel University. Her doctoral research focused on representations of abortion in British literature and film from 1907-1967, and her new projects include a documentary on abortion in film and a study of reproductive technologies in women’s utopian and dystopian writing. In September she will take up a six-month Medical Humanities Research Fellowship at the Leeds Humanities Research Institute at the University of Leeds, funded by a Wellcome Trust Institutional Strategic Support Fund. Before moving to the UK in 2008, Fran spent three years as an editorial assistant at Random House in New York working on British and American fiction, history, and science titles.