Review: The University of Nottingham Postgraduate Academic Retreat, 30 May – 6 June 2015 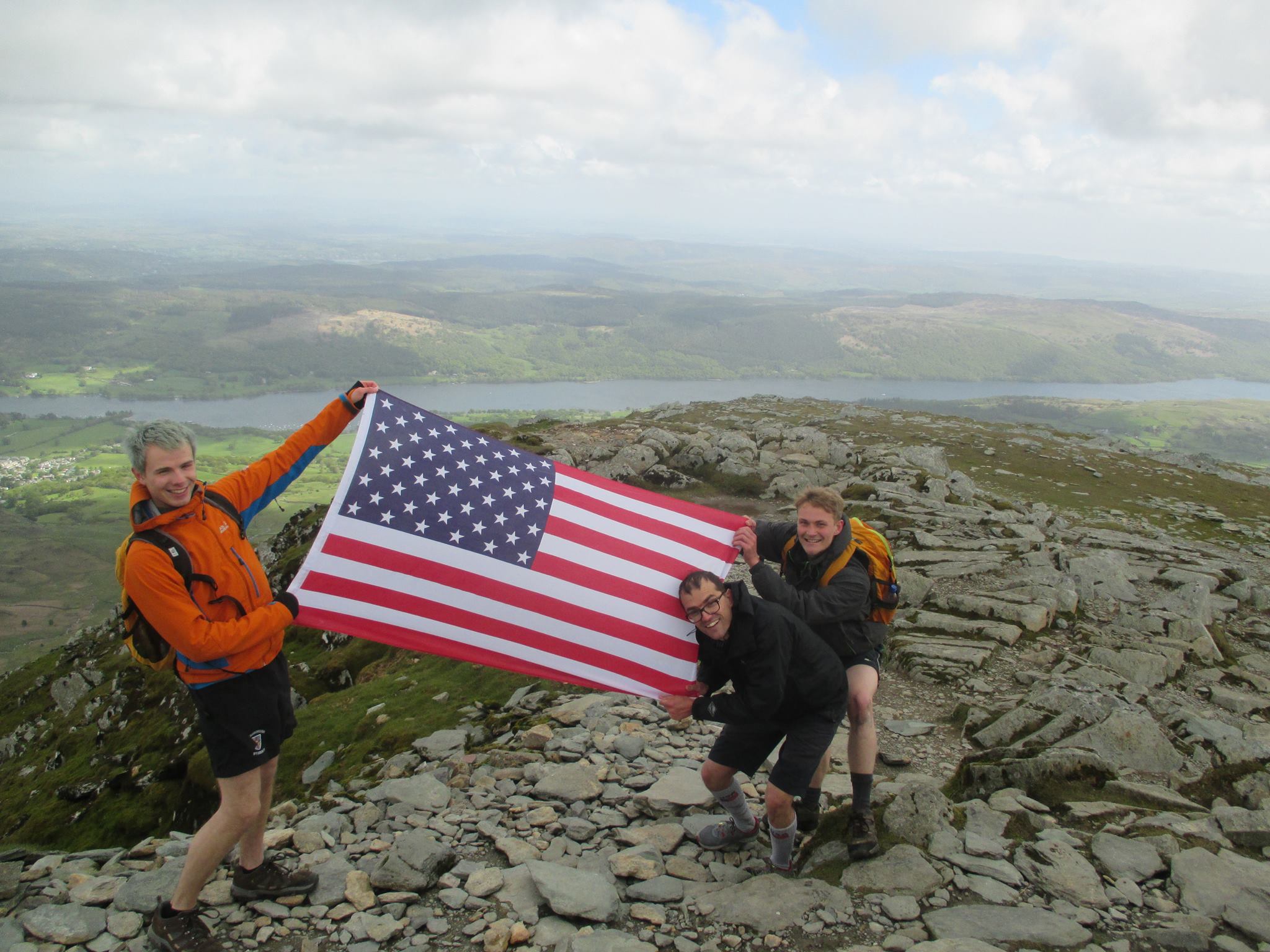 The Retreat in Review

by James Brookes and Timo Schrader

The first week of June saw the University of Nottingham’s postgraduate research cohort from the Department of American and Canadian Studies travel to Coniston, Cumbria in the Lake District National Park. The purpose of this week-long academic retreat, sponsored by the university’s School of Cultures, Languages, and Area Studies, was to provide an opportunity for the postgraduate community to strengthen academically, professionally, and socially. By living and working together alongside departmental staff members for a week in surroundings detached from the university campus’ familiar academic environment, the cohort were able to develop a new approach to American and Canadian Studies as both a discipline and a practice.

Each day began with a 2 to 3 hour long plenary session or workshop, which provided the postgraduates with an opportunity to be introduced or better familiarised with a range of crucial subjects or skills pertaining to their academic careers. These included sessions on the increasingly significant aspect of impact and knowledge exchange, a versatile short course on editorial work in an academic context, and beneficial workshops on module design and writing book proposals. Though several of these topics are covered by the University of Nottingham Graduate School’s Arts Training Programme, both students and staff unanimously agreed that approaching these subjects with a discipline-specific lens was exponentially more valuable.

As the cohort is composed of graduates at various stages in their research degrees, the sessions allowed late-stage PhD students to hone their skills whilst introducing MRes students to key aspects of an academic career earlier in their training than the conventional system would allow. The opportunity to participate in these workshops prepared students for future job interviews, converting chapters into journal-length articles, and for writing effective book proposals. Those students applying for teaching assistant positions for the next academic year gained a greater understanding of the process of creating a module syllabus, and how it aligns with other discipline-specific modules or would adjust depending on the year of undergraduate study that it was offered to.

Following the plenary activities, the cohort would meet for intensive 3 hour reading group sessions which encouraged the postgraduates to reconsider the approaches they took towards their academic research. These included discussions on the periodisation of literature and history, the utilisation of visual culture analysis alongside more conventional forms of academic research, and the importance of always considering an oft-neglected but crucial element of American and Canadian Studies: religion. The latter came as a response to the final session the 2015 BAAS conference, which rightly recognised the importance of correcting the peripheral position occupied by religion in the study of North America in Britain.

The session on visual culture was valuable to all involved, providing a forum for those conducting research on American visual culture to communicate their ideas and analyses to the group whilst encouraging others to gain new insights towards their subjects and the discipline more broadly. For example, students working on topics concerning race, ethnicity, and social class were animated towards a consideration of how disenfranchised minority groups are portrayed in dominant media forms. A discussion on the periodisation of literary movements and historical eras proved fruitful in making students aware of the potential limitations of following institutionalised academic trends of teaching. What groups (women, African-American, LGBT writers, etc.) are neglected when confining oneself to a particular literary genre? Departmental staff members facilitated all of the reading groups, with a significant input by postgraduate students, in order to ensure the relevance of the sessions to all attendee’s research projects. The discussion raised has significantly impacted the way one views their topic and has had reverberations in the consideration of technical aspects such as module design. The final day of the retreat provided the cohort with an opportunity to present papers and submit journal-length articles. This occasion will prove invaluable for those presenting at a variety of academic institutions from Boston, Massachusetts to Melbourne, Australia in the coming months and for those seeking publication in discipline-specific journals.

Ultimately, all of the participants, staff and students, agreed upon the week-long retreat unanimously as a success. Looking forward, we intend to relocate the retreat to a more central location to facilitate the attendance of additional staff members and students. This would in turn allow for a greater variety of reading groups to be held, permitting researchers to participate in sessions more specific to their individual projects. In the current climate of higher education in Britain, it is increasingly refreshing to see such support from the university for an academic retreat catering for a specific department in the arts and humanities. In addition to the professional and academic development that took place, the cohort were able to engage in a number of recreational activities in the beautiful environment of the Lake District. These social occasions strengthened the camaraderie within the postgraduate research community and encouraged interdisciplinary discussions between students at different levels of course completion. All who were involved look forward to the new prospects that such a venture may hold in the future and consider it to be a pioneering and innovative means of reviewing their research and direction by temporarily separating themselves from the limitations and constraints of the established university system. 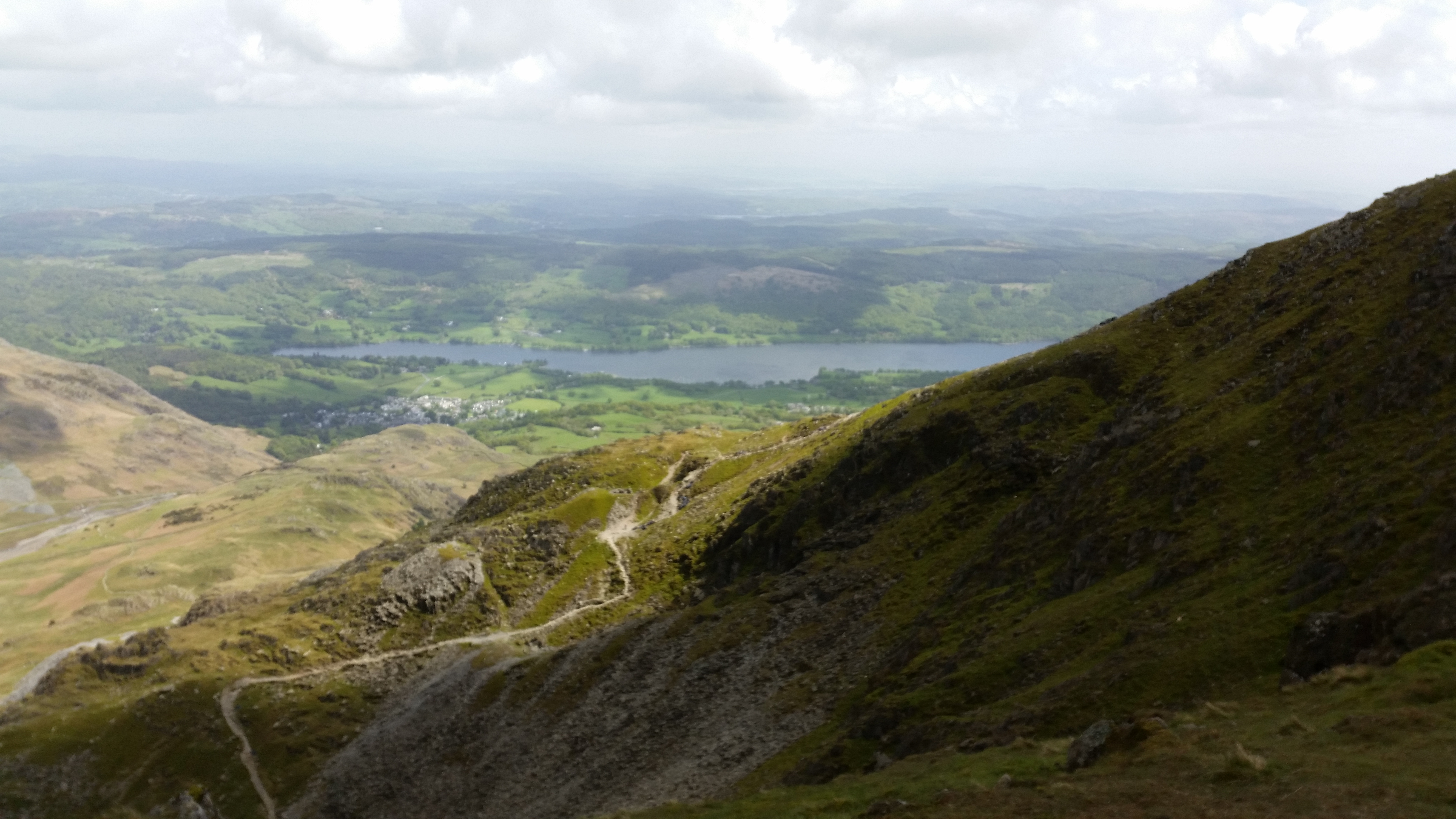 James Brookes is an MRes student in the American and Canadian Studies department at the University of Nottingham. His thesis focuses on the self-representation of the Union citizen-soldier in the U.S. Civil War through democratic mediums of portrait photography such as the tintype and carte-de-visite. In conjunction with the study of other archival sources such as letters, diaries, songs and post-war memoirs, he hopes to further establish the significance of these common agents and the methods they sought to understand and cope with the catastrophic conflict unfolding around them.
View all posts by James Brookes →
Tagged  African American Culture, Black History, Borders, C19, C20, C21, Civil Rights, Gender and Sexuality, Politics.
Bookmark the permalink.