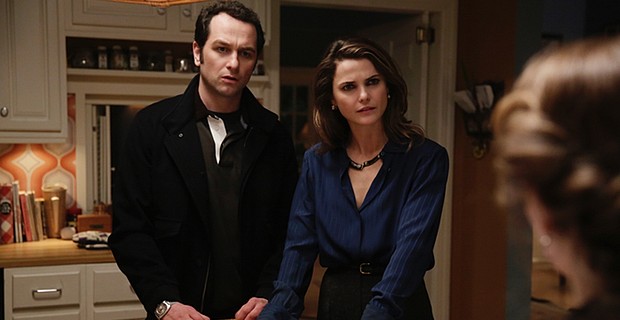 In July 2010, the FBI arrested ten Russian agents who had been planted in the US by the Russian Foreign Intelligence Service as part of what the FBI later called the ‘Illegals Program’. These spies had lived and worked as US citizens, their real identities unknown to their friends, neighbours and co-workers. As the story unfolded, news audiences around the world wondered how these agents kept their secrets for so long – decades in some cases – and how they managed to become “Americans”.

The Americans, which has recently concluded its third season on FX, takes this premise and transplants it back to the height of the Cold War in the early 1980s. The series centres on Philip and Elizabeth Jennings, played by Matthew Rhys and Keri Russell, whose long red hair might be a nod to the most famous of the 2010 ‘Illegals’, Anna Chapman. Outwardly, the Jennings are a successful middle-class couple who run a travel agency and live in the suburbs of Washington D.C. with their two teenagers, Paige (Holly Taylor) and Henry (Keidrich Sellati). In reality, they are a pair of ruthless and determined Soviet spies.  Passing for citizens in the nation’s capital, Philip and Elizabeth balance parents’ evenings and a family business with monitoring US intelligence services and undermining American interventions in the Cold War – all while keeping their identities secret from the CIA, their FBI-agent neighbour, Stan Beeman (Noah Emmerich), and, most painfully, their own children.

The problem with outlining The Americans like this is that it sounds melodramatic and campy. But it’s nothing of the kind. The 1980’s setting does have a nostalgic period charm: this season’s soundtrack included clever uses of Yazoo’s Only You and Ultravox’s Vienna. But it also demonstrates that Washington was (and still is) a divided city, the excesses of eighties pop culture set against the poverty of the streets. And true, the show contains enough retro gadgetry, disguises and coded phonecalls to satisfy the generic horizons of the spy thriller. The various wigs that Philip and Elizabeth don to evade detection are one of the programme’s baser pleasures, and a source of endless questions for viewers (Where do they store them all? Just how big was the KGB’s wig budget? Why have none of them ever come off during all the sex Philip and Elizabeth have while disguised?) . However, the real focus is on the steady process of tradecraft: we see the Jennings cultivate contacts, listen closely, watch and wait. 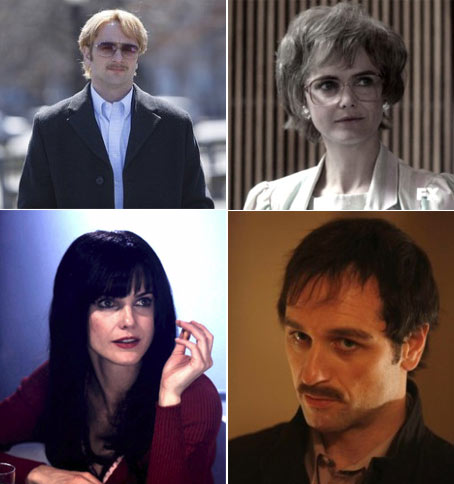 See: The Definitive Ranking of Wigs in the Americans

This shift away from spectacle is perhaps best demonstrated by the fact that the most memorable “car chase” of Season Three involves no gunfire, speeding or explosions. Instead, Philip and Elizabeth, disguised as potential house-buyers, are forced to drive slowly and carefully around Washington for hours as they try to escape the CIA surveillance. Tension in The Americans builds slowly and resides the seedier fears of lies catching up with you, and finally being caught with your hand in the document drawer. Settings are often confined and mundane, as the drama plays out in family homes, office cubicles, cramped apartments, and endless identikit hotel rooms. These are juxtaposed with the scenes in the Russian embassy in Washington, and, in this series, a Soviet gaol, inviting viewers to compare the spaces. Are Philip and Elizabeth any more free in their American kitchen, serving the Motherland, than the Russian “traitors” in their canteen, or are they both prisoners of a totalitarian regime?

The Americans also punctuates this ordinariness with moments of shocking violence. Unlike conventional spy thrillers, dead bodies don’t disappear in a jump cut. Instead, barely-cold corpses have to be contorted, bones broken so that they fit inside suitcases. Our protagonists do not escape reminders of their own corporeality. The first episode of Season Three has Elizabeth being punched by FBI agents and having her head slammed against a car bonnet before she narrowly evades them. Unable to seek medical attention (the FBI  are watching the dentists), it is left to Phillip to pull a broken tooth from her mouth. In one of the best scenes of the series, Phillip straddles Elizabeth and takes hold of her hair, in a grotesque parody of an embrace, to perform the painful extraction while the camera refuses to pull away. Aided by the chemistry between Russell and Rhys, the scene is a powerful metaphor for their marriage – held together by a bond of trust and a commitment to a cause that simultaneously protects and wounds.

Series creator and former CIA agent, Joe Weisberg has said that he set out to tell the story of a marriage rather than to create a show about spies. The previous two seasons focused on the Philip and Elizabeth’s difficulties in maintaining their personal and professional partnership in the face of Philip’s uncertain commitment to the Soviet cause and Elizabeth’s emotional attachment to one of their agents. However, following the revelation that the KGB is looking to recruit Paige and Henry (and their valuable US birth certificates), Season Three widens its gaze to consider the family. Philip and Elizabeth are divided on the issue of their children’s future. Philip, also concerned for his illegitimate Russian son fighting in Afghanistan, wants the KGB to stay away from his kids. Elizabeth feels differently, viewing Paige’s interest in an Evangelical church and her budding sense of social justice as a sign that she’s a natural socialist. Pleasingly, this series makes more use of Holly Taylor’s Paige who challenges Mad Men’s Sally Draper for TV’s top teenager. We see a clever, serious Paige silently watching her parents over her homework, her own surveillance allowing her to realise that her suburban normalcy is nothing of the sort. The tension over whether the Jennings family unit will become something altogether more sinister is mirrored in the dysfunctional families that recur throughout the series. The breakdown of Stan Beeman’s marriage leaves him playing board games with Henry – emphasising that Henry is often neglected by Philip and Elizabeth. The neglected child reappears as the foster child that threatens to disrupt Philip’s valuable sham marriage to FBI Secretary Martha (she doesn’t notice the wig), and, more disturbingly, the school girl that Philip is forced to seduce to gain information on her largely-absent father. 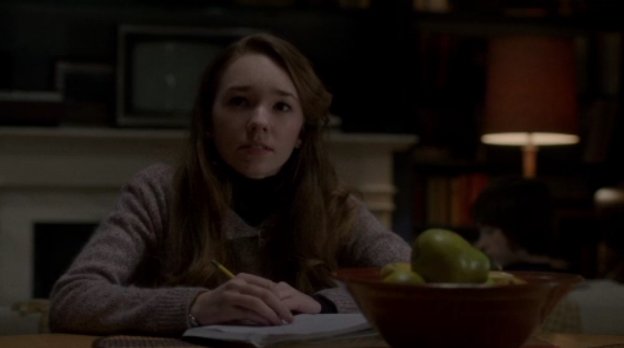 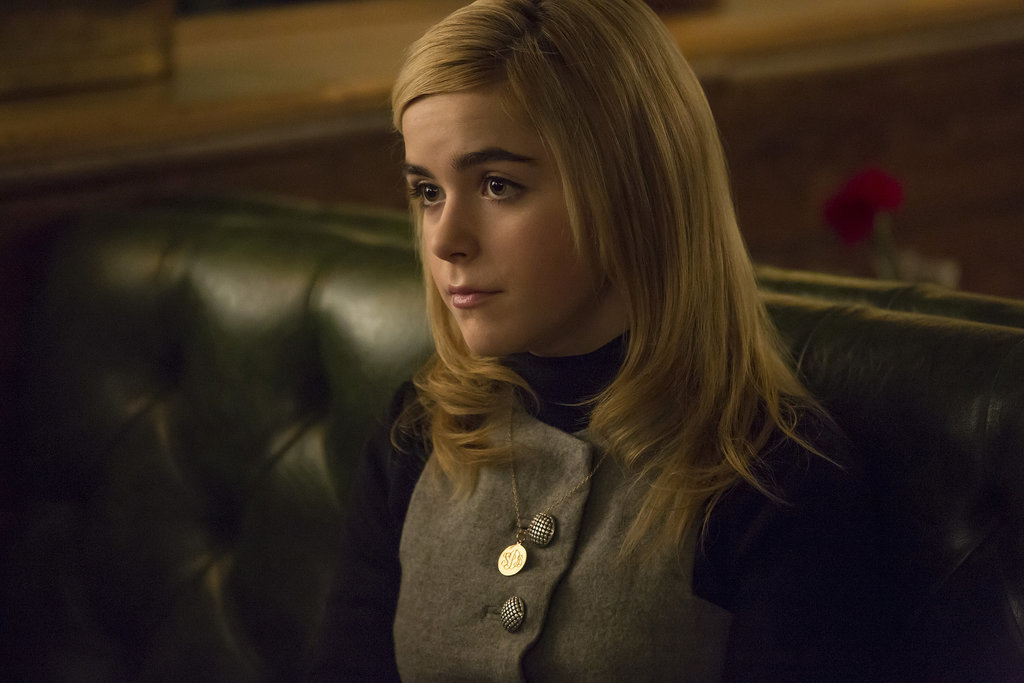 But if the third season of The Americans explores the position of the family in the late twentieth century, it also continues to examine the theme of identity. More than a convenient academic explanation for all those wigs, the splintering of the self under pressure is central to all three series, indicated by the fractured images and video clips that accompany the title credits. Repeatedly and increasingly explicitly as the season reaches its climax, The Americans questions the costs to the individual of serving ideologies and nations. At what point does self-sacrifice become a sacrifice of self, and is there any way back from this? Philip and Elizabeth are certainly the most extreme example, as their work leads them into ever more questionable courses of action, but they are not alone. Ideology was not limited to one side of the Cold War, as Series Three makes apparent through Paige’s church and the self-help group attended by Stan’s wife. The delicate relationship between the one and the many is, after all, as central to American capitalist democracy as Soviet communism. The first coin minted in the United States, the Fugio Cent, read on one side ‘We are One’ and on the other ‘Mind Your Business’. 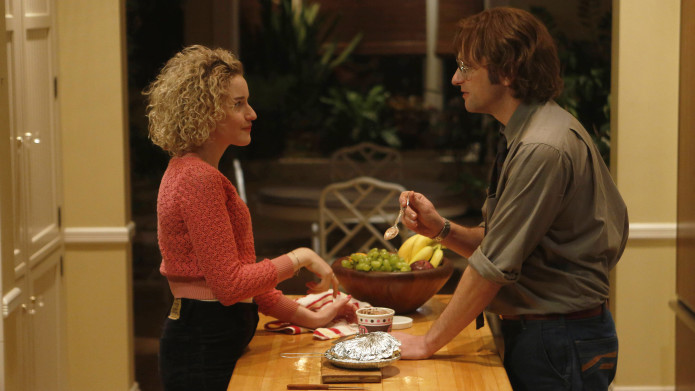 Nor is the viewer exempt from the moral dilemmas that plague the characters. As we watch Philip and Elizabeth deceive, manipulate and even murder innocent parties to avoid detection, we still root for them not to get caught. The Americans makes the viewer emotionally invested in characters who, on paper, would seem chilling, ruthless servants of an authoritarian state that is opposed to democratic values. Perhaps this is because we witness that state compelling them to compromise ever-deeper aspects of themselves in its service, personified in the increasingly sinister figure of Gabriel, the Jennings’s handler, played with a perfect undercurrent of quiet menace by Frank Langella. The series seems to suggest that individual resistance, on both Russian and American sides, is the only way to combat this bleak landscape of state violence, as shown in ex-diplomat Nina’s eventual refusal to spy on her fellow Russian prisoners, even in exchange for the promise of freedom. For all its frequent use of Russian language (the extensive use of subtitles is striking in an American TV show) and Soviet protagonists, the heart of The Americans plays into the most mythic US trope of them all: the individual in the wilderness.

The season ends with indications that its own Détente is coming to an end alongside that of the Cold War. Without spoiling anything for those of you who are yet to enjoy it, the final episode culminates in a powerful merging of fiction and history that suggests that none of the characters’ balancing acts can last much longer. The final cliff-hanger plays out against a television broadcast of Ronald Regan’s ‘Evil Empire’ speech, a challenge to those who would succumb to ‘the temptation of blithely declaring yourselves above it all and label both sides equally at fault, to ignore the facts of history’ and ‘thereby remove yourself from the struggle between right and wrong and good and evil’. Through the postmodern, permeable membrane of the television screen, Regan addresses “The Americans” Phillip and Elizabeth, their genuinely American children and friends, and those Americans (and others) who are watching the series from their homes. The Americans concludes by asking its viewers how long they can support its anti-heroes, and to dodge the moral quandaries that come with such support. It seems that the fourth series may be one in which those within the drama and those who enjoy it have to choose their side.

Katie McGettigan is a Leverhulme Early Career Fellow at the University of Nottingham. She is completing a monograph called Herman Melville and the Material Text, and is also working on a new project about the British publication of American literature, 1830-1860
View all posts by Katie McGettigan →
Tagged  C20, C21, Cold War, Cultural History, Politics, Popular Culture, Television, Transnationalism, Visual Culture.
Bookmark the permalink.