Book Review: Embodying Masculinities: Towards a History of the Male Body in U.S. Culture and Literature edited by Josep M. Armengol 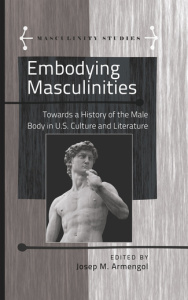 In the introduction to Embodying Masculinities: Towards a History of the Male Body in U.S. Culture and Literature, editor Josep M. Armengol states that the motivation behind the collection stems from the tendency of feminist studies to focus ‘on the (female) body and its political implications’ (2). Expanding this idea he suggests that ‘if gender inequality is grounded in the body – i.e., if all social, cultural, political, and gender practices are embodied … then the analysis of women’s bodies and gender discrimination must be necessarily related to the male body and its influence on culturally, historically, and politically gendered institutions’ (2).

It is a tricky thing, in a culture that still clings to the vestiges of a patriarchal structure, to make a legitimate case for the study of those who – knowingly or not – benefit most from such a power structure. While this collection makes a spirited attempt to justify its cause, it is ultimately with varying degrees of success. As the subtitle suggests, this is very much a collection seeking to begin a discourse rather than anything approaching the final word on the matter. It is debatable whether the case is adequately made for some of the arguments embarked upon throughout the edition and indeed it can tend toward the repetitive at times with several chapters discussing the same work in much the same way. On a more basic level, the book as a whole is poorly proofed, with typographical errors littering the text, and bibliographical information missing in some instances which makes for a frustrating reading experience at times. 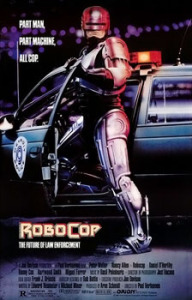 However, for all its flaws or even possibly because of them, this is still an interesting addition to the body of work that calls itself masculinity studies. It is true for Armengol when he notes in the introduction that there is a ‘traditional dichotomy established in visual culture between masculinity/activity/looking, on the one hand, and femininity/passivity/to-be-looked-at-ness, on the other’ (3). Several of the essays in Embodying Masculinities engage directly with visual culture and filmic representations of the male body, discussing films as diverse as Hitchcock’s Rear Window to Zack Snyder’s 300. In a particularly interesting chapter, Ángel Mateos-Aparicio discusses Donna Haraway’s theories about cyborgs in relation to films such as Terminator and Robocop, suggesting that ‘there is no definite, essential, or ideal vision of cyborg nature, so no critic or fiction writer can claim to have created the final version’ (86). Taking Haraway’s assertion about the potential of the cyborg to ‘erase time-honoured “essential” differences’ (84), Mateos-Aparicio discusses the apparent failure of subsequent renderings of the figure of the cyborg to capitalise on this, instead becoming exaggerated examples of the male and female forms.

The next two chapters then continue to discuss representations of the male body in action films leading to a sense of repetition and lack of diversity in the book. Indeed, throughout the various chapters there is an abundance of discussion of white male characters, with the occasional minority thrown in to tick the diversity box. Any discussion of masculinity will inevitably be plagued by the dominant hegemonic masculine identity, the default setting of the white, middle-class male. But in a collection that boldly declares that it hopes to ‘expand, and…tamper with, the existing theoretical work’ (3) there is a sense that this book as a whole mainly reinforces the dominant trends in masculinity studies that seem to rely on a default white, middle-class male instead of interrogating it in any substantive fashion. Arguably, the most successful chapters of the book are the final two – concerning representations of Arab men in American culture, and the work of Asian American poet Janice Mirikitani. In these chapters, we begin to see the emergence of a dialogue concerning how the hegemonic ideal of the white, middle-class man constructs an Other by which to define himself against, something that is lacking throughout most of the rest of the collection.

Where Embodying Masculinities is most useful is in the discussion of existing currents of thought in masculinity studies. Some interesting issues surrounding the idea of hegemonic masculinity are raised, such as whether what we understand this concept to be has undergone any change over the course of the last century. Ultimately, however, despite its ambitious goal to break new ground in masculinity studies this collection reads more like a survey of the field as it stands rather than an attempt to challenge the status quo and take it in a new direction.

Jenny is a PhD student in the School of English, Trinity College Dublin working on representations of the masculinity crisis in contemporary American fiction. Jenny is a Postgraduate rep for the IAAS (www.iaas.ie) and can be found online at https://tcd.academia.edu/JenniferDaly or (worryingly often) on Twitter @jennybdaly.
View all posts by Jennifer Daly →
Tagged  C20, Cultural History, Gender and Sexuality, Masculinity.
Bookmark the permalink.