The Significance of “ME” (1915): The Literary Fame of Winnifred Eaton (Onoto Watanna) 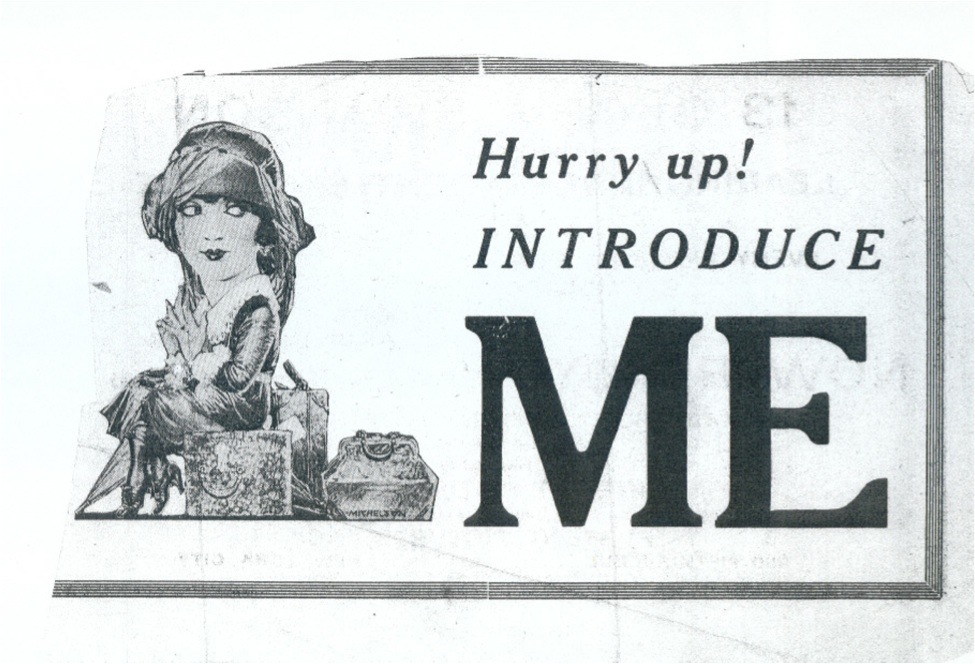 When the first installment of the memoir, Me: A Book of Remembrance, appeared in the April 1915 edition of The Century Illustrated Monthly Magazine, readers were drawn into the rather scandalous story of a young ingénue named Nora as she departs from the safety of her Canadian home for the wide, wide world beyond. After an adventure in the West Indies, Nora arrives in the United States, where there is danger to virtue and reputation everywhere. Found in the YWCA and on the streets of big American cities: working girls speaking common slang, a dearth of respectable jobs, and smarmy men with lurid propositions. What will become of the innocent Canadian lass? In her introduction to the book, Jean Webster, grandniece of Mark Twain and well-known author of her own accord, echoed the opening of Sister Carrie when she called Me “an illuminative picture of what may befall a working-girl who, at the age of seventeen, gaily ventures forth to conquer life with ten dollars in her pocket” (Webster 801). Her synopsis suggests that the author was far less generous in her account of a young woman’s options than was Theodore Dreiser. At least he imagined options when he wrote, “When a girl leaves her home at eighteen, she does one of two things. Either she falls into saving hands and becomes better, or she rapidly assumes the cosmopolitan standard of virtue and becomes worse” (Dreiser 1). Still, the story of a maiden’s fall in the big, bad city (or cities) was not new, but a Victorian staple; into the Progressive Era, it appeared not only in the tales of rural American girls facing urban life, but also as a national/moral boundary crossing in Canadian/American writing (such as Charles G. D. Roberts’s 1896 story “Stony Lonesome: A Story of the Provinces”; Harvey J. O’Higgins’s 1906 novel, Don-A-Dreams; Gilbert Parker’s 1909 novel Northern Lights). 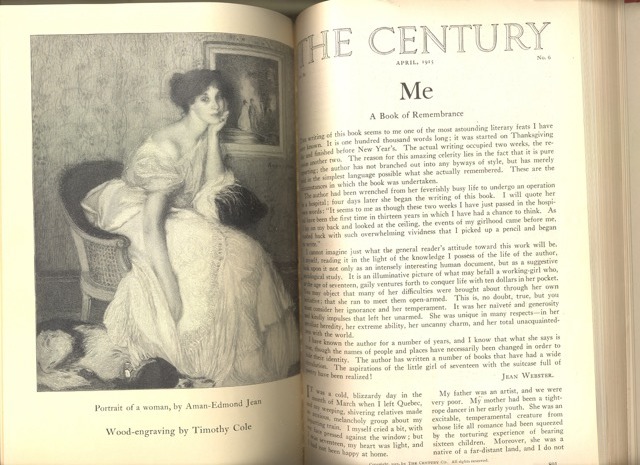 The Century containing the first instalment.

But there was something different about this serialized book purporting to be the real memoir of a known author whose maturity is documented in a series of juicy details. Who was she? Despite the circumstances that drove her into the workaday world, here was a writer of class and education, the type of dignified woman who appealed to men of high standing. She referred to her father as “an Oxford man, and a descendant of the family of Sir Isaac Newton” (Eaton, April 809).  She wrote poetry and made references to literary greats like Dickens, George Eliot, and Walter Scott, along with scientists like Darwin and Huxley. She recounted living in Richmond and Boston, Chicago and New York, and becoming engaged to one eminent man, and then another, and then another (the respectable engagements only indecent in their excess!), as she made her way toward a sure success. Why wasn’t it obvious to readers who wrote Me? And what of these references to her being a “mongrel by blood,” and to her appearance as “dark and foreign-looking” (Eaton, August 565; April 814)? Was it possible (here was the real kicker) that—whoever she was—this intelligent, well-positioned author who had written, according to Webster, “a number of books that have had wide circulation”—was not quite white? 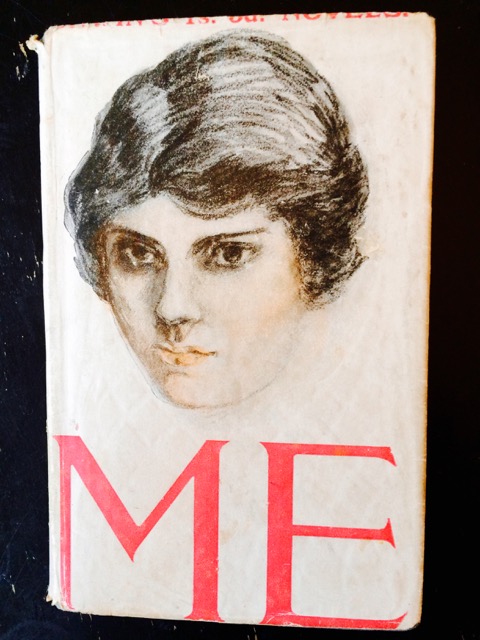 In New York City, billboards and subway ads asked the question on everyone’s lips: “Who is the author of Me?” Others were more demanding: “Hurry up! Introduce ME.” A pretty, if cartoonish, woman who appears white (is she?) perches on her baggage as she slyly looks over at the words that would tease her readers. As curiosity grew, so did The Century’s circulation.

Two months after the last instalment of Me, savvy readers hit upon the answer: the “gifted authoress,” as The New York Times called her in a triumphant article they ran on October 10, 1915, was “Onoto Watanna,” of “Nagasaki, Japan” (“Is Onoto Watanna” 74). 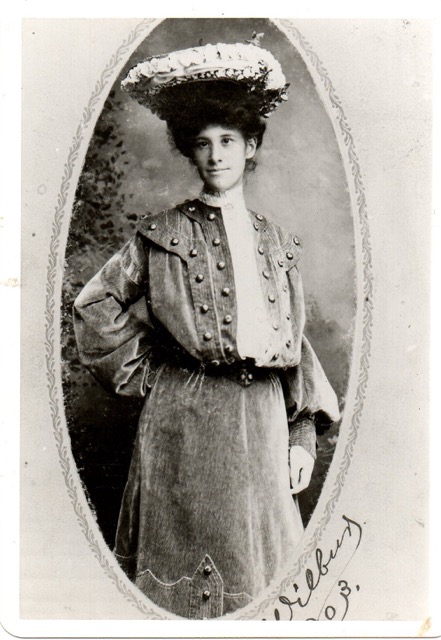 Onoto Watanna was actually born Winnifred Eaton, and was, like her alter ego, Nora Ascough, from (Montreal) Quebec—not Japan. Called a chameleon, an opportunist, and the Grandmother of Asian American fiction (along with her sister, Edith Eaton, who wrote as Sui Sin Far) by modern literary critics, she enjoyed great fame as a writer at the turn-of-the-twentieth century with many bestselling novels—Miss Numè of Japan (1899), A Japanese Nightingale (1901), The Wooing of Wisteria (1902), The Heart of Hyacinth (1903), The Love of Azalea (1904), A Japanese Blossom (1906), The Diary of Delia (1907), Tama (1910), The Honorable Miss Moonlight (1912)—and numerous short stories and articles in popular magazines. If The New York Times mistook the author as Japanese, it was because her literary persona and almost all her novels before that time (The Diary of Delia excepted) trafficked in the contemporary currency of Japonisme. That she was in fact of Chinese, not Japanese, descent, was less profitable, culturally and financially, in the era of the Chinese Exclusion Act. 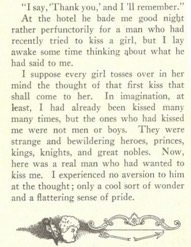 The Century containing the first instalment.

Me proved a turning point for the author. It meant the movement away from her stock Japanese stories. In Me, Nora complains that her “success was founded upon a cheap and popular device,” which was the literary voice of an “authentic” Japanese woman, a niche Eaton discovered in a market saturated by Western male writing about Japanese women (in works like Mme Butterfly and Madame Chrysanthème). True to her word, Eaton looked elsewhere for inspiration after this time. She followed Me with another family biography, Marion, this time delving much further into the family’s experience in late 19th-century Montreal as well as into life among artists in New York’s bohemian Greenwich Village. She then went on to write a number of stories of the Canadian prairies (Cattle, published in 1924, is not only devoid of exoticized Japanese characters and scenery, but is also surprisingly serious in tone and content), along with diverse Hollywood film scripts.

More significantly, perhaps, Me proved a turning point in literary history. Here is a book that is about a half-Asian woman (as readers might have suspected and certainly learned), and she is a half-Asian who is integrated in white society, upper and lower. Yet is not—at least not in the traditional sense—a passing narrative. And neither is it a polemical tract. It is a novel, one among several, about a sophisticated Canadian working girl’s friendships and love affairs. In its typicality and reliance on tropes, it normalizes these relationships between white and not quite white. 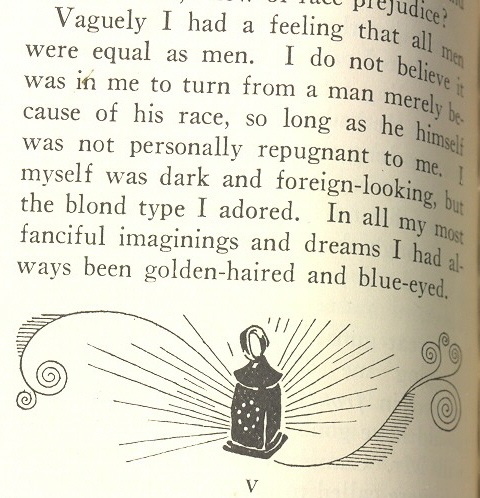 The Century containing the first instalment

And still, the work of this book is not complete. Recovery projects have been an important part of feminist and ethnic literary scholarship, and in the late 20th century, Winnifred and her sister Edith emerged as the earliest Asian North American writers: Winnifred, a writer of Japanese romances, and Edith, of impassioned defenses of the Chinese people of North America. Yet, if the readers of 1915 had their expectations challenged, we, too, find that continuing to unearth the works of these versatile writers—Winnifred’s Me and post-Me writings and Edith’s stories of Alaska and the Philippines and other non-Chinese topics—changes the way we understand identity and its relationship to literature.

When Mariah met Lutie – Luke Cage, The Street and the cultural capital of TV comic adaptation
Round-up of our 'Women in America' blog series for Women's History Month
Trauma, Code and 9/11: Reading Vulnerability in a Digitized Present

Karen E. H. Skinazi, Ph.D., is an academic practice advisor at University of Birmingham (UK) who writes about ethnic American women’s literature. She published a critical edition of Winnifred Eaton (Onoto Watanna)’s Marion: The Story of an Artist’s Model with McGill-Queen’s University Press (2012), and she is currently working on a book about contemporary Jewish Orthodox women’s literature. She served as the membership chair for MELUS for the 2012-2015 term.
View all posts by Karen Skinazi →
Tagged  C20, Celebrity, Gender and Sexuality, Politics, Popular Culture, Whiteness, Women's Writing.
Bookmark the permalink.