You know I am a juggler, and I never let my right hand know what my left hand does. I may have one policy for Europe and one diametrically opposite for North and South America. I may be entirely inconsistent, and furthermore I am perfectly willing to mislead and tell untruths if it will help win the war.

Franklin D. Roosevelt (1882-1945, US president 1933-1945) made the above comment to one of his cabinet members on May 15, 1942. Especially the first sentence has often been quoted since, almost to the point of becoming one of the best-known FDR epigrams along with “The only thing we have to fear is fear itself.”, and “This generation of Americans has a rendezvous with destiny”. Although FDR said this in a private setting, it has by now – 70 years after his death – become an oft-quoted maxim, e.g. in Warren Kimball’s monograph The Juggler: Franklin Roosevelt as Wartime Statesman (1991). Indeed, FDR’s self-declared deviousness at juggling the images and impressions he projected has itself become a stock element of his long-standing public image.  That this is largely remembered as a positive attribute is exemplified in Hyde Park on Hudson (2012), in which FDR (Bill Murray) is portrayed as a sly genius, covertly playing the media and everybody else.

“I am a juggler, and I never let my right hand know what my left hand does,” reminds of the liar paradox (“This sentence is false.”) because Roosevelt is actually compellingly honest about his own dissimulation. “You know” in the full quotation enhances this effect, because it makes the addressee complicit in the performance of enchanting deception. 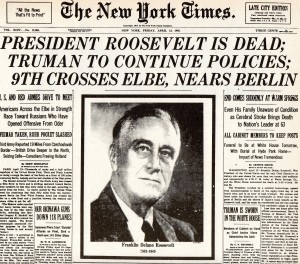 One of FDR’s key skills was his ability to exude a sense of authenticity. This authenticity was in the first place a rhetorical performance, but for instance his Fireside Chats continue to be experienced as frank and intimate. In the days after they were broadcast the White House would receive unprecedented deluges of letters from Americans who felt personally compelled to continue the conversation with the President.  However, within the display of rhetorical skill and seeming authenticity and frankness, there is a strong message in the “juggler” quote: Roosevelt is “perfectly willing to mislead and tell untruths” about his role in World War II. This is something he could not have said a year earlier, before the Japanese attack on Pearl Harbor, when the United States were not officially engaged yet, and the public opinion still largely opposed intervention in the war overseas. Because it was well-known that the president, unlike most Americans, was keen to intervene in the European war to help Great Britain resist Nazi-Germany, saying that he would lie about the war would have been political suicide.

Admitting to deviousness would have damaged him, especially as a president who had just, unprecedentedly, been re-elected for a third term, a move that was frowned upon widely, by Americans traditionally wary of the corrupting effects of power. But in 1942, when there was a clear and external opponent to deceive, FDR could make such a statement and come across as transparent on the one hand, and immeasurably powerful on the other (immeasurable, because “I never let my right hand know what my left hand does”). This literal impossibility to measure his power expanded its magnitude to the immeasurably vast. Around the same time Roosevelt made the juggler remark, his administration, under Roosevelt’s responsibility and at his discretion, was incarcerating over 120,000 Japanese Americans, without any indication of potential disloyalty to the US.

This double act is characteristic for FDR – he on the one hand publicly and with great success, even into the future, positioned himself as a fascinating and a sympathetic icon, and at the same time decisively exerted the executive power vested in the president. Indeed, through saying he is a juggler (i.e. happy to beguile), he presented himself as frank and charming. He explicitly covered his actions as commander in chief (which in the case of the Japanese internment would later be qualified as war crimes) by a verbal self-presentation as informal and frank. The similarity with his first name is coincidental, although it is a coincidence he was apt to use to his advantage. 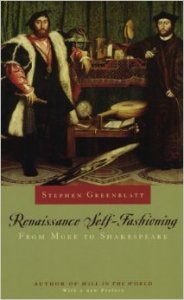 I call this double act – obscuring the less comfortable elements of wielding power through the self-presentation as an attractive public icon – autofabrication. Autofabrication is a coinage to complement Stephen Greenblatt’s celebrated term self-fashioning. In Renaissance Self-fashioning Greenblatt discusses the production of selves of exemplary renaissance authors from More to Shakespeare, arguing that they are both products of a particular culture with particular shaping demands on the individual, and also individuals reflecting on those cultural codes through their writing. Greenblatt argues that during and since the sixteenth century ideas of the self as mobile, and the belief that selves can be fashioned by internal and external factors, have acquired immense momentum in the western world. The success of the term, also for fruitful analysis of individuals who lived long after the 16th century, suggests he is right.

However, to understand larger-than-life political leaders such as Roosevelt it is not enough to regard them as products of a culture who simultaneously contribute to the development of their culture. Especially in a democratic setting, a leader like FDR is also a public icon, presumably representing the majority of the electorate – however impossible it is for one individual to actually represent millions of people. At the same time he was commander in chief, the formal embodiment of executive power. Especially in the context of war, this executive power is a life-and-death matter, a harsh fact that often needs to be obscured, for a democratic leader to survive politically. This conscious production of a positive public image, coupled with the necessary elision of visible power-wielding are the constitutive elements of autofabrication, complementary in the case of political leaders to self-fashioning.

Presenting oneself as an attractive icon for a majority of the electorate is a tour-de-force in itself. One of the key things Roosevelt did to pull this off, was to position himself as an extremely malleable vessel, which could easily be adopted as part of a range of narratives. Many of his best remembered speeches have an attractive emptiness. They are rhetorically strong, and easy to identify with, but at the same time non-committal: “The only thing we have to fear is fear itself”, “This generation of Americans has a rendezvous with destiny”, and even the privately uttered “I am a juggler, and I never let my right hand know what my left hand does”, all have the quality of a soundbite. The latter only became well-known later, but all three are equally easy to incorporate in basic narratives of the political right wing as well as the left. And FDR treated both his political “right hand” and his “left hand” as metaphorical members of his iconic body, as well as like opponents.

And, however controversial FDR was and remains, both sides of the political spectrum continued this habit of adopting and adapting FDR long after his death. Reagan famously claimed to have voted for Roosevelt each time he ran, suggesting he lost touch with the Democratic Party only later (“I didn’t desert my party. It deserted me.” – quoted in William Leuchtenburg, In the Shadow of FDR, 212). Thus, the public image FDR laid the foundations of, at once obscured his most assertive use of executive power and made him, like a real juggler, seem so flexible and transparent that he can still be called upon to perform in almost any context or narrative. That, seventy years beyond the man’s death, the FDR icon remains so nimble, is a testament both to his rhetorical artfulness and the conceptual flexibility of his autofabrication.

“The show will go on”: the successes of Trump and Sanders push back the end of the primary elections
Kentucky: Between Populism and Creationism
Gae Pride Parades: The Impossibility of Queerness in Irish America at the St Patrick's Day Parades

Sara Polak (Leiden University, the Netherlands) is currently completing her doctoral dissertation on Franklin D. Roosevelt as a Cultural Icon in American Memory. She is interested in how cultural construction (of history, memory, disability, celebrity, etc.) is shaped by and shapes individual and collective identities and ideologies. She blogs about her PhD project and adjacent topics at www.sarapolak.nl
View all posts by Sara Polak →
Tagged  C20, FDR, Franklin D. Roosevelt, Politics, Presidents, Rhetoric.
Bookmark the permalink.