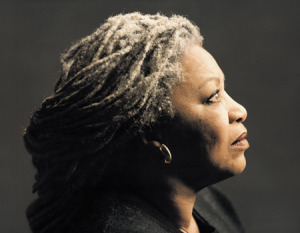 “Language can never “pin down” slavery, genocide, war. Nor should it yearn for the arrogance to be able to do so. Its force, its felicity is in its reach towards the ineffable.”

In 1986 Toni Morrison stated that “the reclamation of the history of black people in this country is paramount in its importance because while you can’t really blame the conqueror for writing history his own way, you can certainly debate it.”[1] Morrison’s debate throws into question American history told through books, newspapers, and letters, which ignored the lives led by black people in America throughout the twentieth century. By 1992 she would debate history and its telling by rewriting it with Jazz (1992), a novel set during the Harlem Renaissance that simulates the style of jazz music. Whilst its narrative follows the calamitous marriage of Joe and Violet Trace, the novel focuses on the style, as much as the stories, of the Harlem community in 1926: the age of jazz. This paper will begin to demonstrate how aesthetics and politics are intertwined through Morrison’s jazz affect. Firstly I will look at the artistic context of Morrison’s novel, which will lead me into how jazz music and affect theory overlap. I will then perform close readings to demonstrate how Morrison protests and reclaims the silenced history of the black American community through her novel’s aesthetic.

The notion of using art as protest resonates with the Harlem Renaissance. The critical ideas of the Harlem Renaissance were far more varied, and debatable, than this paper has space to do justice to. In one aspect, it encompassed a group of writers, thinkers, and musicians, who found art to be the key to black political expression. W. E. B. Du Bois ignited this concept in his essay “Criteria of Negro Art”, in the year this novel is set, 1926. He famously stated that the power of black art is where “the apostle of Beauty […] becomes the apostle of Truth;”[2] he was pushing for contemporary artists to use art to advocate truth, or history. Du Bois’ ideas continued to be debated and rehashed into The Black Aesthetic movement of the 1970’s, whose main purpose, as critic Cheryl Wall states, was ‘toward an ideal where ethics and aesthetics were one.’[3] Morrison’s writing very much sits in this tradition, and thus pulls ideas, as well as histories, from the Harlem Renaissance. Yet much scholarship to date reads Morrison’s work solely through a sociological or political lens. There is little criticism that examines the use of affect in Morrison’s work. I believe that by doing so, we open up the critical identity of Morrison’s work as both a political rewriting of racialised history and a work of art. Furthermore, we can stretch the limits of affect, and the spaces it occupies in literary study. 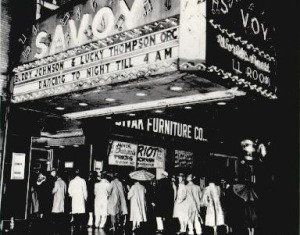 Savoy Ballroom at night. The Savoy Ballrom was one of the homes of 1920’s Jazz scene in New York, and was located on 596 Lenox Avenue, between 140th and 141st Streets in Harlem. It opened in 1926, the year Morrison’s Jazz is set. Source: longwharf

In order to understand affect’s political power in Jazz, we can read it against the theories of jazz music. In ‘The Antinomies of Realism’ Fredric Jameson states that affect ‘eludes language and its naming of things’ to form ‘global waves of generalized sensations.’[4] What Jameson is teaching us is that affect does not point towards an emotion; rather, it creates emotion. Affect is an attempt to form a work of art that is not realistic, but real. This can be compared to the creative impulse of Jazz music. John Gennari defines Jazz as ‘an inventor of new languages, a creator of new ways to express meaning [that] dissents from the logocentric tyranny of standard English, eschews referential lyrics in favor of vocalized sounds…whose meaning is their own sound.’[5] Gennari defines Jazz as a protest against standard musical forms that assimilates different styles, and reaches towards a new musical language, where meaning and emotion is evoked not through lyrics but through this assimilation of sound. This idea of meaning given through sound waves and not lyrics resonates with Jameson’s pages of ‘global waves’ of ‘sensations’ that eludes names. This binary between jazz and affect shows itself in Morrison’s ‘Forward’ to Jazz, where she depicts her aim to ‘establish the structure where meaning, rather than information, would lie […] The essence of the so-called Jazz age […] Improvisation, originality, change. Rather than be about those characteristics, the novel would seek to become them.’ (xii)[6] Morrison’s desire to write a novel where her structure would create meaning, not information, pulls ideas from jazz and affect. Through affect, Morrison wants to create sounds and sensations on her page that give life to her story. Her political goals become merged with her aesthetic ideals, as the desire to protest the stories of history books with the sensation of the past, ignites a narrative form of elusive, reduced, quasi-abstract prose.

The emphasis on a text becoming a world, rather than detailing it, is demonstrated by Morrison through the public and private moments of the Harlem community. One character, Malvonne, finds a US Mailbag full of locally sent letters in her house, stolen (and therefore intercepted) by her nephew. She reads ‘each one.’ (42) After reading one fairly urgent letter, she ‘resealed the letter carefully and thought she would add another penny stamp.’ (43) From here, she continues. Another is a local girl’s application to a law school, after reading the letter Malvonne ‘did worry that if the girly did not get to be a lawyer she would end up with an apron job. [Malvonne] added a note in her own hand.’ (42) When Malvonne reads a letter between two illicit lovers ‘she decided to mail it with a note of her own attached – urging caution […] a clipping from Opportunity Magazine’. (44) Malvonne takes pieces of these letters, ignores some, emphasises some, and changes others. In one respect Malvonne is editing these historical documents for her own interests, deciding what she thinks is worthwhile, and changing and supplementing their content with her moral judgment. At the same time, she is performing jazz. Malvonne is syncopating, emphasising, forgetting and changing these historical documents. She is merging different forms (attaching newspaper clippings to love letters), and transforming the pages of her present, and our past, into a collaborative project. Acting in secret, Malvonne’s is a story that will never be told by historical exhibitions, yet in her act of protest and intervention, she makes herself part of the interaction between the correspondents. Through the hope harnessed in Malvonne’s pen, Morrison brings alive this moment of Harlem’s ‘improvisation, originality, change’ alongside the novel’s commentary on the power of history and its language.

It is in Morrison’s descriptions of ‘the City’ in Jazz that her aesthetic is at its most politically powerful; here, she is able to resummon and reclaim not just one story from the past, but the stories of many. She does this through her descriptions of New York, where Harlem is described through a vague yet vibrant scene:

‘there is nothing to beat what the City can make of a nightsky. It can empty itself of surface, and more like the ocean than the ocean itself, go deep, starless. Close up on the tops of buildings, near, nearer than the cap you are wearing, such a citysky presses and retreats, presses and retreats, making me think of the free but illegal love of sweethearts before they are discovered. Looking at it, this nightsky booming over a glittering city, it’s possible for me to avoid dreaming of what I know is in the ocean, and the bays and the tributaries it feeds: the two-seat aeroplanes, nose down in the muck, pilot and passenger staring at schools of passing bluefish…’ (35)

The ocean metaphor allows Morrison to wash her narrative with a variety of sounds, structures, and images. The clause ‘booming over a glittering city’, uses onomatopoeia to bring together the heaviness of a boom, and the lightness of glitter. This liveliness is then met with monotony where colour and sound blur into the bland blue upon blue image of the ‘schools of bluefish’ in the blue ocean. Rhythmic repetition, that is labelled characteristic of Harlem’s style, is embodied by the narrative: ‘more like the ocean than ocean itself’, ‘near, nearer’, ‘presses and retreats, presses and retreats’. Similarly, different stories of life and death blend, as the classic image of the secret lovers before discovery becomes the pilot and passenger of a fatal plane crash. It is sensation that sets the scene here, and this is where her use of affect does its best work. The plane crash that Morrison describes is likely to be that of Bessie Coleman. Bessie Coleman was the first black female American pilot, and the first black American to hold an international pilot license. She died in a plane crash in 1926 – the year that this novel is set. Morrison chooses to remember Coleman by washing her into an abstract moment of jazz that does not detail, but brings alive Harlem in 1926. Morrison widens our imagination as readers, in order to enable us to bear witness to the past. As a result, history is not being evoked through story telling or fact, but instead through image, structure, and meaning. It is being created through Morrison’s artistry, not her research. Morrison is reclaiming history by moulding the printed word into something that is neither a historical document or political doctrine, but a work of art. 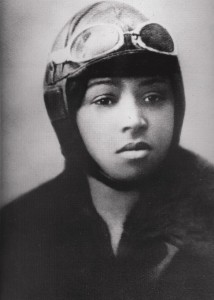 What this post has begun to show is that affect as a form can be used as a tool for exploring, fixing and freeing the representation of oppressed communities. Because in its very structure is the idea of words not as singular, semantic forms, or rules; but that words only function to true meaning when they are orchestrated together, and form a community between the writer, the reader and the characters. As for Morrison, she produces an aestheticism that is driven by her own political impulse, which means that her political impulse – to protest against American history – is felt rather than known. As a result the untold stories of black America become real. Because Morrison writes American history through feeling, sense, and blurred images, not through definitive, clear information and files of data, to the reader her history of America becomes more than a history, it acts like a memory.

3 Cheryl Wall, ‘On Freedom and the Will to Adorn: Debating Aesthetics and/as Ideology in African-American Literature’, in Aesthetics and Ideology, ed. by George Levine (New Jersey: Rutgers University Press, 2006), p. 287.

Book review: The Royalist Revolution by Eric Nelson
Chickasaw Gender Roles and Slavery During the Plan for Civilization
60 Seconds With Jade Tullett

Ellen O’Donoghue Oddy graduated from The University of Leeds in 2014 with a BA Hons in English Language and Literature. She has strong research interests in Modern and Contemporary Literature, from Europe to the Americas, and has a particular interest in the manipulation of form and style trends during these eras. Her dissertation, titled ‘Writing an Empty Country: The Unfurnished Novels of Willa Cather’, examined the reduced style of Cather’s form in the context of the vast Nebraska settings of her novels. Ellen is currently completing an MA at UCL in English: Issues in Modern Culture, and this summer I'll be writing my thesis on Jean-Michel Basquiat's use of words on his canvas.
View all posts by Ellen O'Donoghue Oddy →
Tagged  African American Culture, Black History, C20, C21, Contemporary Fiction, Jazz, Music, Politics, Women's Writing.
Bookmark the permalink.