Book Review: The American President in Film and Television: Myth, Politics and Representation by Greg Frame 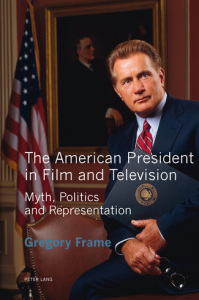 The American presidency has long carried the weight of expectation on its oval shoulders. Thomas Jefferson recognised this burden, writing in 1796 that ‘no man will ever bring out of that office the reputation which carries him into it’.[1] Clearly Jefferson never watched The West Wing.

Greg Frame’s work, The American President in Film and Television: Myth, Politics and Representation, is a tour-de-force of analytical investigation into the iconographical development and narrative frameworks of the fictionalised presidential genre. Frame’s emphasis is on the way the person of the president has altered in fictional Hollywood and American television representations over the last twenty years. From the comedic Dave (1993), to action hero presidents portrayed in Independence Day (1996) and Air Force One (1997), and a black president in Deep Impact (1998), Frame argues how presidential film representations have ‘negotiated issues surrounding masculinity’ in a post-Cold War, Clinton administration America (3). Television representations also offered a broad spectrum of genres which Frame evaluates in relation to a post-9/11, Bush administration era, from President Joshia Bartlet in The West Wing (1999-2006), the black presidency in 24 (2001-2006) and the short-lived female president portrayed in Commander in Chief (2005-2006).

Fictional presidencies have created their own ‘intersections of genre, iconography, narrative, and social, political and historical’ contexts based both in real politics and Hollywood histories (20-21). Frame uses an extremely comprehensive bibliography to situate his arguments in relation to fictional presidential literature. The visual representation of fictional presidents is where his work is strongest, unsurprising giving the Film and Television Studies theoretical approach. He reclaims fictional portrayals ‘as audio-visual texts’, stating that ‘moving images, like genre, iconography and mise-en-scène’ help circulate political and cultural presidential discourses in America, adding to mythical representations and audience expectations (23). Examining where and how fictional presidents are physically placed, Frame expounds successfully the way in which on-screen framing works to ‘valorise the agency of the individual’ (109). For example, Bill Pullman’s Independence Day president, Thomas Whitmore, spends the first half of the film in a literal position of weakness, hemmed by advisors, indicating that ‘although he is the most powerful person in the room, he is simply unable to exert that power…rendering him incapacitated’ (87). As the film progresses, Whitmore takes a more central onscreen position, his isolation being a point of strength not weakness, culminating in his Crispin’s Day rallying cry where he stands above the crowd.[2] 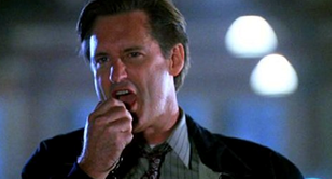 By contrast, Frame comments that The West Wing ‘has been too rigidly defined by critics as preoccupied with slick, broad sweeps of the Steadicam through the corridors of power…in conjunction with a triumphantly patriotic orchestral score, developing an impression of the presidency as defined by a robust, forceful and dynamic conception of masculinity’ (155). Instead, he focuses on quieter moments, when President Bartlet is isolated and in shadow, such as when he orders an illegal assassination. Frame argues these complex personal moments reveal the moral character of the president to the audience. There is perhaps a disservice done here to the power of ‘Walk and Talk’ politics that The West Wing illustrated. For instance, Frame does not mention the fact that in 2012, the show’s principal characters were reunited for a campaign about the importance of nonpartisan ballot voting. Walk and Talk the Vote plays to Bartlet’s position in the zeitgeist and audience expectations of active presidential administration which The West Wing mythologised.[3]

The book posits an interesting question about a psychological need for a particular type of president in fictionalised portrayals, one which fictional presidents’ creative campaign managers emphasise. Frame notes how Aaron Sorkin, who laid the foundation for contemporary fictional presidencies through The West Wing and its film sibling The American President, created leaders who closely resemble President John F. Kennedy. Indeed, Kennedy’s ‘benign spectre lurks at the edges of Sorkin’s presidential fictions’ and has impacted other fictional presidential representations over the last twenty years (34). This implies America still grieves for Kennedy and fictional Hollywood and television presidents often recall and display his ethos. Interestingly in his conclusion, Frame turns the idea of fictional presidencies reinforcing mythical stereotypes and expectations around by referring to Steven Spielberg’s portrayal of a real president in Lincoln (2013). The film served to remind America that ‘when the…democratic process is mired in partisan gridlock, there was once a time when the system functioned as it was supposed to’ (283). Even historical presidencies follow the same basic principal of fictions: they offer up an alternative, less complicated and troubled version of American politics, driven by charismatic leaders who act with their own agency. 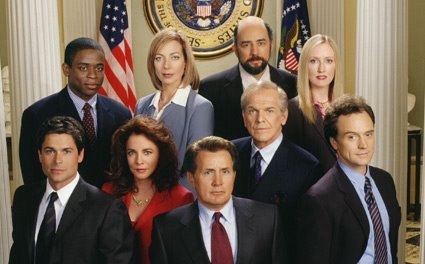 They are not alone, however. While Frame’s focus is on presidential representation, this encompasses the wider Office of the President: the staff and the First Ladies (or First Gentleman in Commander in Chief), and the interconnected nature of personal and political presidential life. Fictional presidents’ personal family lives are discussed in relation to The American President and Clinton administration morality, while Commander in Chief raises the issue of whether a female president can balance being both a mother and leader of the free world. Frame’s discussion of female presidential depictions, First Ladies and female Vice-Presidents, and their connection to Hillary Clinton, is placed within feminist analysis on the changing role of women in American society.[4] Frame contends that strong, independent women are portrayed as untrustworthy and threatening to personal presidential masculinity. He also suggests that because presidents symbolise ‘the nation as a whole’ (288), the myths, politics and representations portrayed often reveal more about the society and political climate in which they are set. It is interesting to note that Frame’s television examples all ended in 2006, pre-Obama. In his discussion of black presidential portrayals, Frame argues that a ‘fictional black presidency [did] not function as a portent’ of 2008, and that fictional black president archetypes relate to broader Hollywood portrayals of black men (231/235). It will be interesting to see new Hollywood and television interpretations in relation to a post-Obama America, and in relation to a potential Hilary Clinton administration in the coming decade.

This returns to Jefferson’s issue of reputation and the impact of The West Wing. Bartlet served two successful terms of office spanning seven seasons. The show has been off screens for eight years, the same length as a two-term presidential administration. Yet its reputation as one of America’s greatest television series and one of the best portrayals of politics and the presidency remains untouchable. President Bartlet argued that he was ‘victim to [his] own purity of character’.[5] This book demonstrates that fictional presidential portrayals are victims to the pervasiveness of myths in American politics and society. The West Wing did much to make politics more approachable to audiences, while reinforcing mythical expectations of the presidency. The cover of Frame’s book reflects this. The image creates an interesting synergy between real-life and fictional presidential interpretations, showing Bartlet positioned in front of a portrait of President Franklin D. Roosevelt. It is an apt choice: the man who laid the groundwork for modern media presidents positioned behind the fictional president who many Americans came to know better than his real-life contemporaries.

[4] Curiously Frame makes no mention to First Lady Abbey Bartlet, despite her being a principle member of The West Wing cast.

Dr Catherine Bateson is a Lecturer and Tutor of American history at Durham University, where she teaches African America, Native America, slavery, political, social and cultural history. She specialises in the history and study of American Civil War song culture, particularly in relation to Irish American Civil War songs and music and their dissemination beyond the Irish American diaspora. She is also the Vice-Chair of the Scottish Association for the Study of America (SASA) and a co-founder of the War Through Other Stuff Society. Follow her on Twitter @catbateson.
View all posts by Catherine Bateson →
Tagged  C21, Politics, Popular Culture, Presidents, Television, Visual Culture.
Bookmark the permalink.