On yet another November Friday morning, I made the trek to the annual American Politics Group (APG)/BAAS US politics colloquium. This marked my fifth time attending the event, which draws me back without fail every year.  My main research interest is American Political History and this event allows me to learn about the latest research and hear views that may differ from my own. I also enjoy meeting and socialising with the former members of Congress. This year’s theme was, “The Obama Administration: Hope, Change and Partisan Politics”. The event was a combination of two discussion panels and two paper presentations showcasing the diverging views of the Democratic and Republican participants on the 2014 midterm election results and the parties in general, as well as perspectives on Barack Obama regarding race and foreign policy. 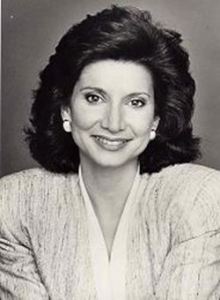 The colloquium started with a discussion about the 2014 midterm results with participants Professor Bill Barnard (Chair of Democrats Abroad UK) and Dr Jan Halper-Hayes (Republicans Overseas UK). Both agreed that the Republican victory meant a vote against Obama and the status quo, instead of a vote for the Republicans. They also highlighted how the Republican strategy to run against Obama was helped by the fact that many Democrats shied away from the president and his policies. Moving forward in the next two years and beyond, Dr Hayes stressed that Republicans need to “mirror the Democrats and have a coherent message instead of having many messengers without a narrative”.

On the other hand, regarding the Republican-controlled Congress for 2015-2016, Professor Barnard stressed that the loss of moderates from both parties will “make it harder for the Republican leadership, Senator Mitch McConnell (Virginia) and Representative John Boehner (Ohio)” to pass legislation that would be more agreeable to Obama. I agreed with the comment, and so did most of the audience. I consider the Republican Party to be a conservative-led party, with the new congressional members moving the party further to the right.

Dr Althea Legal-Miller’s (University College London, Institute of the Americas) paper, “Barack Obama and the African-American Struggle for Racial Justice”, discussed Obama’s complex relationship with African Americans. Dr Legal-Miller gave a unique perspective on how the president did attempt to help African Americans, but such attempts, as she argued, were cloaked behind “neo-liberalism and respectability politics” that relied upon “universal programs instead of a race specific agenda”.

During the Q&A session, Dr Legal-Miller was asked if she thought Obama went as far as he could in addressing race related issues. She answered, “no, he could have done more”, as well as adding that to make matters more challenging, “African Americans, and the left overall, have gotten quieter, instead of pressing Obama to do more”. The purpose behind the question was to try and assess if Obama did all he could within the confines of his authority. Dr Legal-Miller’s answer however, was not unexpected, and was a great lead in for the next paper. 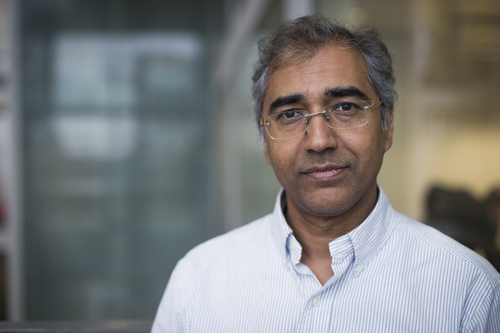 Professor Inderjeet Parmar’s (City University London) paper, “Foreign Policy Challenges for the Obama Administration”, addressed the question: Why did so much promise lead to very little change? Professor Parmar argued that “a crisis allows for change in tendencies, policies and agendas. Obama won in 2008 with the opportunity for a new direction in foreign policy. There was a moment, domestically and globally, [for change]”. But this change did not occur. He went on to state: “Obama was raised and educated in the traditional power trajectory”, which in foreign policy supported “the Anglo-Saxon template”. In professor Parmar’s view, Obama was supporting the traditional elite western (Anglo-Saxon/Anglo-American) power structure that was set in its ways, and reluctant to change how it viewed world affairs. This led Professor Parmar to conclude that as a result of such a “private elite education process (Punahou Academy, Occidental College, Columbia University and Harvard Law School), Obama refused even minor change to the (foreign policy) structure”. Obama instead supported the status quo which was neither the hope nor change he promised in 2008.

Former members of Congress, Mary Bono (R-CA) and Brian Baird (D-WA) presented their views on the parties in general, as well as a review of their time in the House of Representatives. It was evident listening that their political views do not fall in line with what is now considered conservative (Republican) or liberal (Democrat) in the House. What stood out to me was Ms Bono’s support of gay marriage, green environmental policies and pro-choice, which is practically unheard of in today’s Republican Party. Mr Baird, on the other hand, stressed that he was also pro-choice as well as being fiscally conservative.

My overall thoughts on the colloquium

Professor Parmar’s and Dr Legal-Miller’s talks were very interesting. Although my research at the moment focuses on domestic politics, I still found their papers to be extremely engaging. Professor Parmar was adamant that even if Obama wanted “Hope and Change” in foreign policy, he would have been fighting an uphill battle, something that Obama had no interest in doing when it came to closing the Guantanamo Bay detainment camp. Professor Parmar did receive a few questions from the audience suggesting he was too critical of Obama, but I found I agreed with his argument. Dr Legal-Miller’s paper was compelling and made me wonder if she considered Obama’s mixed race heritage as a factor in why he did not do more to address racial imbalances.

Although the Obama administration was the central theme of the day, Hillary Clinton and the 2016 presidential elections became the second topic of choice during the two panels. Brian Baird made a point to highlight that a lack of Democratic Party primary would be detrimental to her hopes for 2016, causing her to become a secondary target for the Republican presidential hopefuls.

Yet, I wonder if this would be a huge negative for H. Clinton. She would have plenty of time to respond to any criticism well before the general election. My worry, if this were to happen, is that a Clinton campaign without a liberal challenger would hurt any chance of an economic message that was not managed by Wall Street Democrats. Professor Parmar made a similar remark about Obama being influenced by Wall Street in domestic politics. I agree with this sentiment and also believe that Hillary Clinton is no different in this regard.

Overall, the event was a success. Dr Clodagh Harrington (De Montfort University) did a wonderful job organising the event. Although for all who attend next year, come early for it does take a while to get through embassy security.

Michael Espinoza is a PhD candidate at University College London, Institute of the Americas. His research focuses on Republican conservatism, rhetoric, and the socialist label with the framework of four-party politics. He holds a BSc in History (with a minor in Political Science) from Central Michigan University and an MSc in US Politics and Contemporary History from the University of London.
View all posts by Michael Espinoza →
Tagged  African American Culture, C21, Foreign Policy, Obama, Politics, Presidents, Soft Power.
Bookmark the permalink.