Best Of the Web

As it reaches the end of the UK’s Black History Month the U.S. Studies Online editorial team have rounded up some of our favourite BHM posts on the web.

Check out our must-reads, and let us know yours! 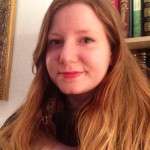 What If Black America Were a Country? by Theodore R. Johnson, featured in The Atlantic

“If black America were a nation-state, how would it stack up against other countries? How would it fare on standard measures of national power and weakness? […] Essentially, what we’re witnessing is a nation that is comparable in certain ways to a regional power existing in the state of Disparistan (or, perhaps, Despairistan). This is more than an inconvenient truth; it fundamentally undermines the United States’ greatest contribution to humanity: the American idea.”

The problem with the west’s Ebola response is still fear of a black patient by Hannah Giorgis, featured in The Guardian US

“Ebola now functions in popular discourse as a not-so-subtle, almost completely rhetorical stand-in for any combination of “African-ness”, “blackness”, “foreign-ness” and “infestation” – a nebulous but powerful threat, poised to ruin the perceived purity of western borders and bodies. […] we will still write off the “Africa patient” who infected a hospital in Spain and not bother with silly things like geographic specificity. We will breathe a sigh of relief when we remember that the Spanish priest infected in Liberia was afforded access to an experimental drug though West Africans were not; after he died, we wondered aloud whether Africans even deserve Christianity. […] We are comfortable with viruses that ravage entire communities, so long as those communities do not look like the ones we believe are deserving of health [. . .] Africa exists only in stark contrast to the civilized west, where disease and disorder must be contained to preserve health and hierarchy.”

The Worth of Black Men, From Slavery to Ferguson By Sharifa Rhodes-Pitts, featured in the New York Times

“By the logic of Tyre Glen’s chart, then the deaths of all these extra men and extra women, and once-prime men and once-prime women are entirely sensible. The scholar Sabine Broeck suggests we understand slavery not as ‘safely entombed . . . deplorable events in the past,’ but as enslavism — ‘the legacies of which are ongoing.’ The bloody inversion of a bloody history arrives at these black lives dispatched with ease. The last few years have seen scores of memorials, re-enactments, monuments and editorials coinciding with the sesquicentennial of various events of the Civil War. But it is these deaths — the killings in Ferguson and Beavercreek and beyond — that commemorate the unfinished, perhaps unending, struggle to assert black humanity in a country built on its denial.”

“Although TV and film are still decades behind where they need to be in terms of accurate, complex, fully humanizing representations of Black women, our lives, and our desires—YouTube has provided a space for Black actresses, writers, producers, and directors to tell entertaining, engaging stories.”

Mapping the New Jim Crow by Ta-Nehisi Coates, featured in The Atlantic

“The more I think about it, the less important I find the debate to be. Was convict-leasing really “slavery by another name?” I’m not quite convinced. But at the same time the greater point seems to be that America’s entire history is marked by the state imposing unfreedom on a large swath of the African American population. Whatever the successes of the past 50 years, there is no evidence that that trend has ended.”

The Old Jim Crow by Ta-Nehisi Coates, featured in The Atlantic

“To criminalize black people for reading, walking, worshipping—things whites do all the time—is to essentially criminalize black humanity. And this not just a matter of enslaved black people. States like Illinois and Oregon passed laws barring all black people from entering their borders. Among those criminalized by these laws was a black man who brought his fiancée to Illinois in hopes of marrying her. He was prosecuted and convicted, and in upholding his conviction the Illinois Supreme Court declared its intent “to exclude any further ingress of negroes, and to remove those already among us as speedily as possible.””

Why Threats Against Obama Speak Volumes About Race in America by William Greider, featured in The Nation

“The basic fact is this: there are demented Americans who do want to harm the president and have repeatedly threatened his life. Nobody knows how many or how dangerous they might be. Threats are a standard circumstance for the presidency, but the alarming difference is that threats against Barack Obama have been three times higher than for his predecessors, according to The Washington Post, which first revealed the Secret Service lapses. The explanation is obvious. This president is black, so is his family.” 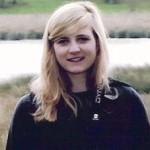 Knowing the Past Opens the Door to the Future: The Continuing Importance of Black History Month by Lonnie Bunch, from A Page from Our American Story for the NMAAHC

“The question that faces us today is whether or not Black History Month is still relevant? Is it still a vehicle for change? Or has it simply become one more school assignment that has limited meaning for children. Has Black History Month become a time when television and the media stack their black material? Or is it a useful concept whose goals have been achieved? After all, few … could deny the presence and importance of African Americans to American society”

“Politically Black was a label that emerged in the 1970’s and it denotes anyone who can nominally be classed as ‘non-white’, which includes South Asians, East Asians, Latin Americans and African/Afro-Caribbean heritage peoples. The usage of this label seems to be going against the trend of, area specific identity, I.E. Pakistani, German, Angolan and others. Intrigued I decided to meet the women behind the project and one affiliate of the project.”

“James Berry, OBE, is a Jamaican poet who settled in Britain in 1948, in the first post-war wave of Jamaican emigration, later becoming one of the first black writers in Britain to achieve wider recognition. In his poem To Travel This Ship he recreates the journey aboard the SS Empire Windrush.” 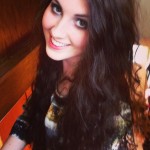 “One of the most significant figures of the American civil rights movement, Bayard Rustin was the key strategist behind the 1963 March on Washington and taught Martin Luther King Jr the philosophy of pacifism of Gandhi. But, despite being a leading figure in racial equality, the openly gay Rustin is not a household name.”

“The UK is in a worse place than South Africa post-apartheid when it comes to the representation of black faces on screen, according to British actor turned Hollywood star David Oyelowo. David, whose career is on a high following roles in ‘The Paperboy’ with Nicole Kidman, ‘Jack Reacher’ with Tom Cruise and the upcoming ‘Interstellar’ directed by Christopher Nolan, is convinced that the UK lags far behind the States in its attitude to black actors.”

Black History: More Than A Month – NUS by National Union of Students UK

“In an ideal world, the month would not be necessary, because society, educational establishments and the national curriculum would fully recognise and appreciate the contribution of Black people throughout history. Sadly that is not the case,” says Malia Bouattia, NUS Black Students’ Officer. “Therefore, October serves as a period of renewal for Black communities to connect with their people, cultures and recognise how much has been achieved so that we are inspired to continue creating such spaces and discussions.”