Review of Protestantism and the Superpowers: Mission, Spirituality, and Prayer in the USA and USSR

Protestantism and the Superpowers: Mission, Spirituality, and Prayer in the USA and USSR

A Workshop Held at the University of Leicester

In an article in the American Historical Review from June 2000, Matthew Connelly implored historians to ‘take off the Cold War lens’ when considering international history in the twentieth century. Essentially, Connelly was asking if we can see international relations in this tense period outside of the bipolar relations that are often presented as dominating the international order. Connelly’s famous line came to my mind throughout the recent workshop on ‘Protestantism and the Superpowers’ held in Leicester on 27 September 2014 with the support of the University of Leicester, the Institute of North American Studies at Kings College London, and the British Association for Slavonic and East European Studies. Have scholars, after many decades of relative ignorance, finally picked up the dusty lens of religion, ready to cast it over the ideological conflict of the Cold War? 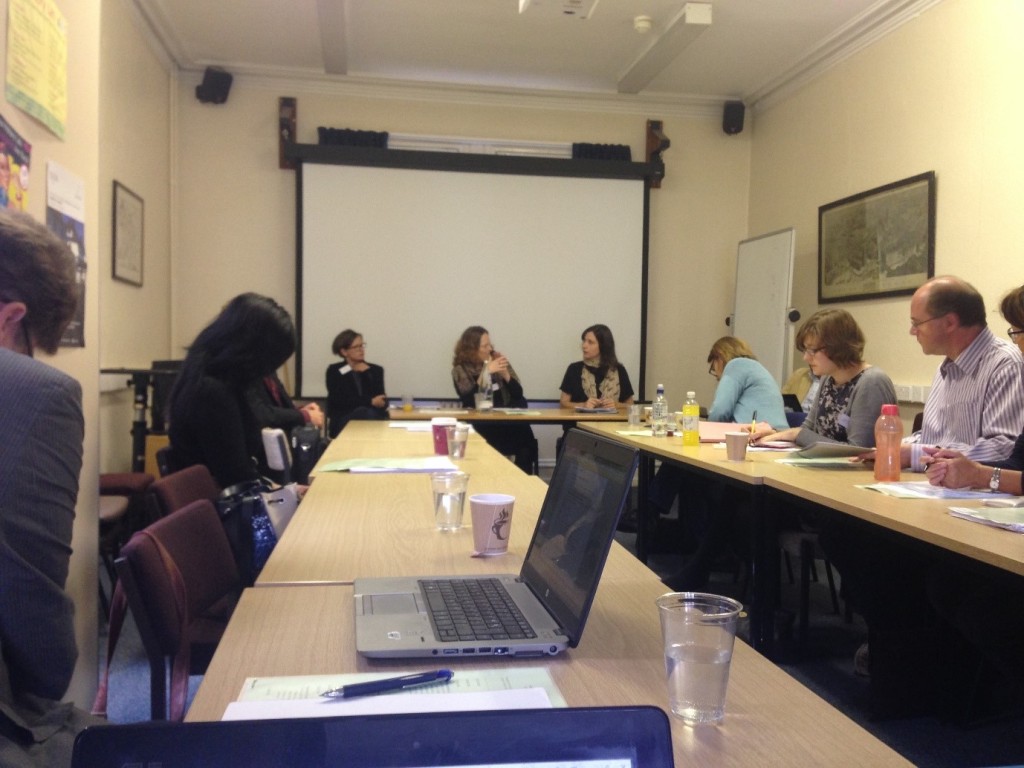 Prior to this event speakers from institutions in the US, Europe, and across Britain circulated copies of their papers for all attendees to consider, leaving the focus of the day to the discussion of ideas, rather than their presentation. Each participant spoke for around ten minutes, positioning their work in the wider literature, rather than reiterating their position. This was a welcome change from the traditional conference structure, and one that facilitated interesting and engaging conversation throughout the day. The defined panels became very fluid and opened up discussions on a number of related themes. Refreshingly, this workshop was not explicitly about outputs, instead allowing broad discussion on common areas of interest.

In his lucid comments that began the first panel, Axel Schäfer outlined four major questions that he identified from the papers that shaped many of the discussions of the day. Firstly, how central was religion to the Cold War? Whilst this workshop itself was directed explicitly towards Protestantism in the US and Soviet Union – including fascinating papers on the US evangelical Billy Graham, Protestant theological reactions to the Cold War, and the role of the Protestant ‘other’ – many of the issues discussed applied equally to broader questions of religion in international relations in the Twentieth Century. Can we separate analysis of the Cold War from concurrent religious developments or are the two concepts intrinsically linked? Does the Cold War explain the appeal of individuals such as Billy Graham, or are there broader issues to explore?

Secondly, how was religion utilised by the superpowers in the Cold War? Was it a mere tool to control citizens through patriotic identification, or was it a concept that more actively drove the foreign and domestic policies of both US and Soviet Union. This was an issue that repeatedly came up throughout the workshop, and was an issue that related to all papers on the day. Even in cases where domestic policy towards religious believers lent towards outright persecution, religious belief (or a distinct lack of it) was used to reinforce national and ideological identities. As a result, even in its dismissal, religion was an essential part of Cold War identities.

Thirdly, is there an explicit link between religion and nationalism? Is there a deeper meaning that we need to consider about religion in the Cold War, or are we simply interested in religion because it drove many of the leading personalities of the period? Does religion only figure in our concerns because religious people were in power?

Finally, do we need to consider US and Soviet contexts together in a comparative sense, or as part of the same picture? Are there comparable issues of accommodation and resistance towards religion from both superpowers?

These are all complex questions about the role that religion played during this period. This workshop did not offer any definitive answers, but the very fact it took place highlights that there are commonalities between scholars working on this question from a US and a Soviet perspective, and that a transnational approach to these issues will give clarity to these complex questions. Dianne Kirby cogently noted that we have now reached a ‘critical mass’ regarding religion in the Cold War. This suggests that the answer to Schafër’s first question of the day is that even if religion was not central to the Cold War, it must form an integral part of our understanding of the period owing to the scope and impact that it had.

Throughout the day, it became clear in order to effectively address these questions, definitions are of the utmost importance – especially given the ideological context of the period under consideration. Most importantly, scholars need to give serious thought to identifying the distinctions between religion, the position of the Church, and the individual faith of believers – something that will have a strong impact on how religion in this period is positioned. Above all, this workshop highlighted the need for scholars of the Cold War to remove their own disciplinary lenses that have often focused their work on one side of the conflict. In order to fully understand the role that religion played in the Cold War, historians need to take a transnational approach. Indeed, this workshop was born out of the long-term collaboration between Miriam Dobson and Zoe Knox – the two coordinators of the BASEES Study Group on Religion and Spirituality in Russia and Eastern Europe – who aimed to move beyond the Soviet context and engage with scholars of the US in order to explore the wider impact of religion in the Cold War.

What is perhaps most heartening about the discussions at this workshop is that the role played by religion in this period is no longer overlooked. Historians can now rightly focus on the questions about religion in the Cold War, rather than addressing whether religion is a salient concept worth considering in this period. This is not to suggest that we are reaching the end of the line – far from it. There are still clear differences between scholars working on religion in the US and the Soviet Union in the Cold War, but this sort of event will do much to bring them together. Scholars working on religion in the US have a clear head start with an established historiography in this area: scholars of Soviet history have only recently paid critical attention to the matters of lived religion and minority religious groups, an area of the literature that is growing in interest.

Hopefully this is the first workshop of many, both in style and content. The novel layout of this event allowed for detailed discussion of individual works in progress, including extracts from forthcoming monographs, showcasing the latest scholarship on Protestantism in the Cold War across a breadth of diverse, yet complimentary, range of specialisms. There were numerous questions posed in this workshop, but there is much to be done before historians of both sides of the Iron Curtain can offer some definitive answers. Perhaps, as Uta Balbier noted in her work on Billy Graham, it is through a transnational approach that these answers are to be uncovered. Whatever the final outcome, this workshop has cleaned some of the dust from this long overlooked religious lens, allowing us to see this period more clearly.
Mark Hurst, School of History, University of Kent

Mark Hurst is an Associate Lecturer in the School of History, University of Kent, where he conducted his doctoral research. His work considers the role played by Human Rights Organisations in the Cold War, particularly their campaigns for dissidents in the Soviet Union. This research is the subject of his forthcoming monograph ‘British Human Rights Organisations and Soviet Dissent, 1965-1985’, which considers the activism of groups such as Amnesty International, The Campaign Against Psychiatric Abuse, Keston College, and the Women’s Campaign for Soviet Jewry.
View all posts by Mark Hurst →
Tagged  C20, Cold War, Politics, Religion, Transnationalism.
Bookmark the permalink.