In the excellent 2013 movie, Dallas Buyers Club, we are exposed to valiant patient activism during the AIDS crisis in the United States. Based on the true story of AIDS-stricken Ron Woodroof, a hard-partying and homophobic Texas tradesman, the film shows a strikingly thin Matthew McConaughey battle his sickness, inner demons, and the authorities in Texas Mercy Hospital, the drug industry, and government. 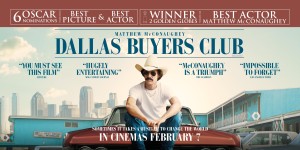 Woodroof, who’s unhappy with his illegally purchased zidovudine (AZT) and on the edge of death, seeks out alternative and experimental drugs from a doctor in Mexico. Then Ron, being the savvy entrepreneur/hustler that he is, quickly establishes a club (charging a $400 membership fee) to sell his smuggled wares, including vitamins, DDC, and Peptide T. In doing so, he runs afoul of the FDA and DEA and is essentially forced to confront the existing power structure of drug regulation.

At one point in the film, he storms a town hall meeting of citizens, drug company leaders, and FDA regulators and, while still attached to his IV bag, Ron starts finger-pointing. “People are dying. And y’all up there are afraid that we’re gonna find an alternative without you.” Inevitably, bums shift in chairs. Chests are puffed up. And murmurs echo in the room. “You see,” Ron continues, “the pharma companies pay the FDA to push their product. They don’t want to see my research. I don’t have enough cash in my pocket to make it worth their while.”

The message is not difficult to discern. Overly cautious and slow, as well as a pawn of the pharmaceutical industry, the Food and Drug Administration is portrayed as the black hat to Woodroof’s anti-hero. The FDA is characterized as brutally uncaring and, for some conservative commentators, this helps expose the agency for what it is – a sclerotic, centralized bureaucracy unable to respond to the AIDS crisis. 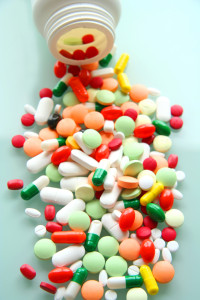 Of course, this isn’t the whole truth and it’s a little tough to swallow. In recent years, scholars, including myself, have illustrated how the FDA has been made out to be a villain, but never before has this type of narrative reached such a wide audience. Dallas Buyers Club was a game-changer in how it influenced people’s views of drug regulation.

I thought it important to clear a few things up. The 1980s was a time when the regulation of Big Pharma got twisted, turned, and pulled upside down by politicians, consumer groups, and drug industry leaders. Of course, at the centre of the pills and politics tug-of-war was the Food and Drug Administration, an independent government agency that was constantly under pressure.

The AIDS crisis raised the stakes even higher: for people who needed special, experimental HIV/AIDS drugs like Ron Woodroof, and for regulators, who sought to carry out their duties in a professional manner. Tough decisions about access to drugs were necessary. Was the FDA perfect? Certainly not. But was the FDA a cardboard villain, as the movie suggests? Definitely, no.

So here’s where Dallas Buyers Club, a critically-acclaimed and award-winning movie, was off the mark about the FDA and the AIDS crisis:

Much of the film depicts AZT as dangerously toxic and perhaps worse than the sickness it was meant to cure. Woodroof takes the drug at the beginning of the film, reacts poorly, and thereafter tells his club members to dump their supply. Ron Woodroof even physically assaults a doctor at Texas Mercy Hospital for administering AZT to his friend, Rayon, played by Jared Leto, who then dies. “Murderer,” shouts Ron, “murderer.”

The problem with this depiction is that AZT was actually a rather effective therapy for HIV/AIDS, although the dosages were far too high during the initial trials. The reason for this was simple: physicians were concerned a lower dose wouldn’t be enough to slow the virus. They wanted to hit it hard. Yet, the dosage issue wasn’t properly addressed and it’s only given a brief moment, when Dr. Eve Saks (played by Jennifer Garner) quietly orders her patients receive a smaller dosage.

Just as important, AZT was used not in combination therapy but instead on its own. It wasn’t until the mid-1990s that researchers and physicians started using a cocktail of antivirals. This became known as highly active antiretroviral therapy (HAART), which helped transform HIV from a full-on death sentence into a chronic and manageable disease.

2. Woodroof had all the answers

Nope. Many of the drugs that his buyer’s club imported from Mexico and provided its members were useless. For instance, Peptide T: Woodroof used it regularly and was a massive advocate; however, the research community has found it to be ineffective (although not harmful) and it was never approved.

Another example was Compound Q, a drug that was linked to a number of deaths during clinical trials. This prompted the FDA to crack down on the drug and, indeed, most buyer’s clubs across the country pulled it, except for Woodroof.

While he was on the cutting edge of research and willing to challenge conventional wisdom, he wasn’t infallible. A great source for readers who are interested in delving further into this aspect of the fight against AIDs is Jonathan Engel’s The Epidemic: A Global History of AIDS.

Near the end of the movie, a judge in California criticizes the FDA and its unwillingness to allow HIV/AIDS patients have access to Peptide T. According to the judge, “the FDA was formed to protect people, not prevent them from getting help.” One could be forgiven for thinking that the agency was obstructing sick Americans on a regular basis.

Yet, the agency was anything but viciously cold-hearted and adversarial toward HIV/AIDS patients. With minimal direction from the slow-moving Reagan administration, the FDA cooperated with underground AIDS drugs’ trials, included AIDS movement leaders in policy discussions, and was generally tolerant of buyer’s clubs. As other scholars, as well as myself, have contended, AIDS activists proved very successful at bending the FDA to their will, a fact noticeably absent in Dallas Buyer’s Club. Tough choices still had to be made, of course, but the FDA was far from immovable.

The same judge who critiqued the FDA also opined, “The law doesn’t seem to make commonsense sometimes. If a person is found to be terminally ill, well they ought to be able to take just about anything they feel will help…but that’s not the law.” It was a sentiment that hit me over the head because my research to date has dealt with the complex line that separates consumer protection and production innovation, the right to choose one’s medicine and the state’s obligation to protect citizens from spurious drugs.

So here we are. In 2014, everyone knows someone or some story that reminds them of the incredible power of the pharmaceutical industry in their everyday lives. In the U.S. and Canada, we see the advertisements during (gridiron) football games and episodes of Breaking Bad. We see them in Men’s Health and Maxim as well as Shape and Cosmo. The ads are everywhere. And by most accounts we’re consuming more and more pills every year.

With Dallas Buyer’s Club we see the problems inherent in the relationship between big business, regulators, and interest groups. And while the film didn’t get it all right, it’s still a stimulating film and a significant reminder about the power of Big Pharma, the complexity of drug regulation in modern society, and the ways in which everyday citizens like Ron Woodroof can influence the system.

Conference Review: 'Not Your Average Superhero'
Sarah Barnsley on the 2019-20 BAAS Founders’ Research Travel Award
Storify of our #BOOKHOUR on ZERO K by Don DeLillo

Lucas Richert is a sessional lecturer in the Department of History, University of Saskatchewan. He received his PhD from the School of Advanced Studies at the University of London. He has published works on American politics and health policy in places like Pharmacy in History, Social History of Medicine, and his recently published book is called Conservatism, Consumer Choice, and the Food and Drug Administration during the Reagan Era: A Prescription for Scandal (Lanham, MD: Lexington Press, 2014). His next research project examines American psychiatry and the pharmaceutical industry in the 1960s.
View all posts by Lucas Richert →
Tagged  C20, C21, Politics, Popular Culture, Visual Culture.
Bookmark the permalink.